Will classroom teaching this fall lead to increased illness? 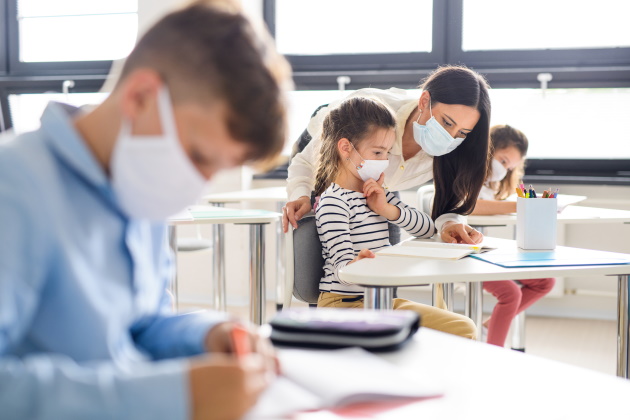 In this time of every kind of uncertainty, one of the most troubling decisions Americans must make is: which is worse, the possibility of exposing teachers and students to a deadly disease or the certainty of impairing the education of an entire generation of students by keeping them out of school?

Here are the differing views and why there are no easy choices.

The federal Centers for Disease Control has issued, and updated as recently as July 23, its opinion, which comes down clearly and confidently on the side of the many benefits of reopening classrooms this coming fall. Its reasoning (I’m simplifying a bit, but you can read the full statement here) includes:

But Can the CDC Be Trusted?

There are some problems with the CDC’s risk assessment, the first and most controversial being the status of the CDC as a trusted information source. The degree to which the president has urged schools to reopen has become controversial — many parents see it as motivated not by achieving the best outcome for U.S. students, but for increasing the chances of his reelection.

This view is predictably held by Trump’s Democratic political opponents, but even Dr. Deborah Birx, the White House Coranavirus Task Force Response Coordinator, has stated in a recent meeting reported in The Washington Post that “the CDC can’t be trusted.”

Nearly all Democrats and social liberals deeply distrust President Trump, most of his administrators and particularly Betsy Devos, his libertarian Secretary of Education. A July ABC poll shows that 64% of all Americans don’t trust Trump’s opinion or advice on COVID-19, which presumably includes his positive views on physically reopening K-12 schools this coming fall.

Unfortunately, parents faced with making the decision do not have the luxury of avoiding one bad choice in favor of a better one. The briefest survey of back-to-school plans for the fall — whether through remote learning schemes or a return to classrooms — shows the fundamental inadequacies of them both.

What “Returning to Class” Really Means

Parents contemplating a “return to classrooms” anything like what used to be the norm need to understand that in many, perhaps the majority, of U.S. school districts, the classroom experience will be severely attenuated.

In Libby, Montana, to cite a typical example, small groups of students will be allowed to return for “targeted tutoring sessions,” some of which can be accessed only through an appointment. Other school districts expect between 25% to 75% attendance, most often with similar attendance-limiting restrictions.

The Real Consequences of Home Schooling

For a small minority of dedicated parents, nearly all of them with above-average family incomes that allow a fulltime stay-at-home parent/teacher, there is a relatively small price their children may pay for home schooling, almost entirely limited to the lack of social interactions with other students and teachers.

For most parents, there are many drawbacks. First, as has been widely reported in recent years, many parents can’t even teach what today is only third-grade math, much less the science subjects commonly taught in the upper grades. But, further, as McKinsey & Company has warned in a series of articles related to COVID-19 and student learning, the educational losses will be severe for students generally, but particularly severe for those students already disadvantaged by the relatively unequal educational experience in this country for minorities, physical and mentally challenged students and students from the poorest families.

The CDC isn’t wrong about the dangers inherent in school closings. They only fail to acknowledge that there probably isn’t a better alternative. One of the McKinsey articles leads with, “The damage Covid-19 is inflicting on student learning in the United States could last a lifetime.”

This is Where the Writer Offers Solutions…

Except when there really aren’t any good solutions available. Then, it may be comforting in a limited way, to acknowledge, as this writer has tried to do, that there aren’t any great educational alternatives in this pandemic.

Most pointedly, the educational deficits your children may suffer are neither your fault to begin with nor, in most cases, easily remediable. While no political entity during this crisis — federal, state or local — has distinguished itself or even managed not to appear deeply inadequate, this isn’t primarily a political failure, but a natural disaster. Looking for someone to blame isn’t the best way to respond or even to recover. The key words here are patience, understanding and forgiveness.