Will AI and robots steal your healthcare job? 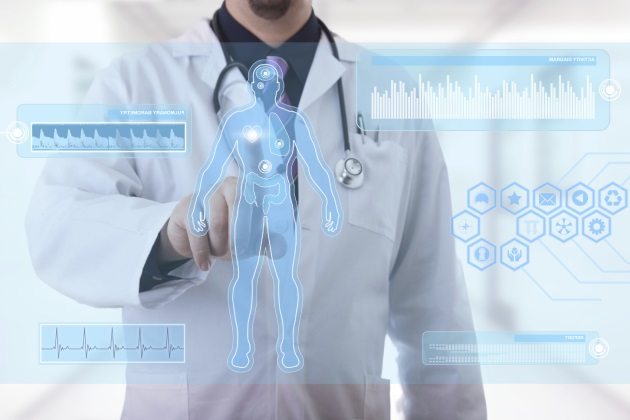 Robots and artificial intelligence are becoming increasingly pervasive in most aspects of 21st-century life, including healthcare, medicine, and nursing. Fears abound that jobs are going to be lost to machines that can do our jobs 24/7 without needing to be paid or call out when the kids are home sick from school.

Are these fears well-founded or are we looking down the wrong tech rabbit hole?

Science fiction often depicts the coming of the robot army as the end of human civilization as we know it. We have deep-seated fears that we’ll be replaced by robots who can outperform us in every way. Some fears are warranted, but many predict that certain jobs simply can’t be appropriately performed by non-humans.

Watch almost any film featuring robots, and you’ll surmise that their evil plan is to send us to the unemployment line — or worse. From a violent takeover of the world to falling in love with a nonphysical AI, Hollywood foments fear to sell tickets.

When it comes to the tech-heavy future of healthcare, it’s not so simple, and we need to remain calm and go about our lives without looking over our shoulders for the robot who hands us a digital pink slip.

The reality of healthcare technology in 2019 isn’t necessarily a robot revolution, but things are changing and some concern is understandable.

In Japan, robotics is highly popular; according to Reuters, nursing homes and other facilities offering care for the elderly employ numerous robotic technologies. A Japanese robot can lead exercise classes, and a furry robot seal offers comfort to the bed-bound. Japanese society is experiencing a massive shortage of young people, so turning to AI makes sense.

In the U.S., the most widely accepted robot among nurses is the Pyxis, a machine that dispenses and tracks medications — some see it as a digital pharmacist that, like many forms of technology, still needs to be maintained by humans. We’ve also readily accepted robotic surgery wherein the surgeon sits behind a screen and manipulates precision robotic arms.

There is robust journalism on the future of tech-based workforce displacement and job loss, and institutions like MIT are creating these trends as their researchers create the next generation of tech, and even Google is working on a robotic nurse.

Another robotic nurse is Moxi, who completes menial tasks that distract nurses from direct patient care. An article by Fast Company shares the following:

“While Moxi’s job is to take as many mundane tasks as possible off nurses’ plates so that they could spend more time interacting with patients, the Diligent team was surprised to find that patients were fascinated by the robot and wanted to interact with it during their beta trials. Patients ended up being so infatuated with Moxi that they would ask for selfies with the robot; one child even sent Diligent Robotics a letter asking where Moxi lived.

“The robot was so popular that the Diligent team programmed superfluous activities for Moxi to do once an hour so that the robot would wander around the floor and flash heart eyes at people. ‘In between tasks Moxi would make a social lap to talk to her fans,’ Thomaz says. During the trials, Thomaz reports that the nurses and hospital staff had a similarly positive reaction—even from early skeptics. ‘Some nurses were like, ‘It creeps me out a little, I don’t like robots, I’m not into AI,' Thomaz says.

“But by the end they [were] like, ‘Hey Moxi, hey girl, how’s it going?’ It was dramatic, in a matter of two to three weeks.”

There is no preventing the exponential growth of technology in most sectors, including healthcare. Some job losses seem certain, and winners and losers will emerge along the way.

When horses were replaced by the steam engine, people panicked; when automation became widespread, many factory workers were displaced. Technology has been changing human society since early humans first carved bones into weapons, tamed fire, or invented the wheel.

Impacts on the 21st-century workforce are unavoidable, and we need political leaders, employers, the media, and savvy citizens to especially ensure that low-wage earners aren’t left in the economic dust. That said, it would behoove highly skilled healthcare workers to listen for the coming robot army; some jobs may be in jeopardy, but we can be prepared.

Is the world changing because of technology? Absolutely. Will it change beyond recognition in 50 or 100 years? Likely.

And can we lessen the negative impact of some changes and make sure that skilled human healthcare workers keep their foot in the door? We can if we have the will to understand the true reality and take inspired action in the interest of workers, patients, and society at large.