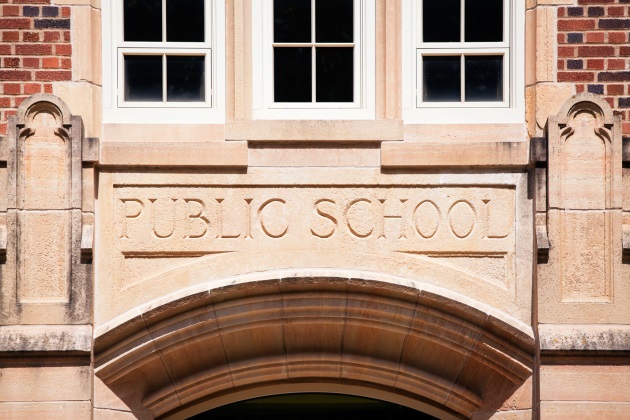 The career of a facility manager is no cakewalk, and the overwhelming burden placed on these professionals is far greater amidst COVID-19 than before the novel coronavirus’ infiltration of the U.S. population.

As states attempt to move forward and reopen, so go facility managers where business gets done. However, a whole host of new responsibilities are on facility manager’s plate — new guidelines for maintaining proper distances between employees, ensuring adequate and frequent restroom cleaning, and elevator maintenance required at a previously unprecedented level.

Private and corporate facilities may possess more considerable resources to manage the new burden load, and public entities, especially school districts, are in a bind. With summer in full swing after most U.S. schools shuttered in March, district leaders may realize they are woefully underprepared for the facility management tasks ahead.

However, even as COVID-19 continues its assault, school district facilities across the U.S. are encountering more than how to keep germs and viruses contained. In many cases, school districts face a real struggle to keep their buildings operational for lack of attention to basic building requirements.

According to a new Government Accountability Office report released in June, more than half (54%) of leaders of public school districts across the nation say they must update or replace building systems or features in their schools. Among the systems needing repair or replacement include heating, ventilation, and air conditioning (HVAC) systems in at least half of their schools. This represents about 36,000 schools nationwide that need HVAC updates.

This is significant because HVAC systems ensure quality air and climate controls. When not in proper working order, poor air quality and mold can ensue, among other building degradation problems.

The GAO visited 55 schools in six states to compile its report. In about half of these, facilities leaders described HVAC-related problems that included older systems with leaks, flooring or ceilings in need of repair, and other maintenance. If not addressed, they said, will create problems outside of those brought on by the now-overbearing siege of ongoing maintenance required of COVID-19 once schools resume classes in August.

The most glaring facility problems identified by the GAO can lead to more significant issues, including poor indoor air quality, mold, and other potential hazards that could lead to delays in reopening or closures later because of the need for the required repair.

About two-thirds of districts contacted by the GAO conducted a “facilities condition assessment” at least once in the last decade.

The GAO says that of the 50 states, most don’t conduct any statewide assessment to determine school facilities' needs. These tasks are left up to the school districts themselves.

Note: GAO administered the survey from August to October 2019. Thin bars in the chart display the 95 percent confidence interval for each estimate. (Image: GAO)

Most school district leaders said (92%) improving security is their most significant concern, followed by expanding student access to technology (87%), then monitoring health hazards (78%). These results suggest that facility management is more of a given to them. At the same time, student safety and learning capabilities are of constant concern — perhaps to the detriment of their ability to stay safe and learn in facilities that do not receive proper attention.

The GAO reported that 36 states provided capital funding to school districts for school construction or renovations.

“Public school facilities primarily serve an educational role, and they also serve a civic role as voting places and emergency shelters,” the GAO said in its executive summary of the report. “School districts collectively spend tens of billions of dollars each year on facilities construction needs at the nearly 100,000 K-12 public schools nationwide.”