Why post-COVID-19 U.S. education will be even less like it used to be than you think 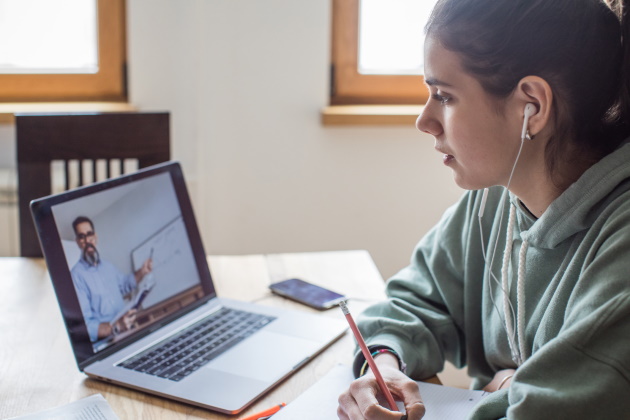 When COVID-19 first became a national conversation topic, sometime this past March, a flurry of articles in major U.S. publications followed proposing what, post-COVID-19, would remain the same and what would be different. Since then, fewer articles have appeared with each succeeding month.

There seems to be an assumption that these issues have largely been resolved, that while we may not like every change, we at least have a pretty good idea of what post-COVID U.S. education will look like. A previous experience with the interaction of a school system and a disaster this century, Hurricane Katrina, should warn us that we’re probably underestimating how extensive and profound those changes are likely to be.

The Neglected Lesson of Katrina

In a prescient article written back in April, Brookings fellow Douglas N. Harris reminds us that after Katrina education in New Orleans was profoundly different: “The state took over almost all the city’s public schools,” “teacher tenure and the union contract ended,” and students were no longer assigned to specific schools based on where they lived.

Consider that achieving a similar (and still imperfect) disconnect between where students live and where they go to school took about 12 years in Boston. After Katrina, this was achieved almost immediately and was only one of at least four major changes in how education worked in New Orleans. It seems unrealistic to think that U.S. education post-COVID — a disaster that exceeds Katrina by at least an order of magnitude — will look much like it did in 2019.

Yet, according to a late September Pew Research Center poll, nearly half of all Americans expect life will “basically go back to normal,” once the pandemic is over. So far as education is concerned, there’s at least one good reason why this is unlikely.

The End of the Classroom?

One of the most basic changes, post-COVID, could be an end to classroom teaching entirely. To some extent, this change was already coming before COVID emerged. The current model, one teacher in the same room with a finite number of students, often around 30, doesn’t fit digital technology particularly well.

Writing for Microsoft, Geoff Spencer has proposed that the push for major changes was already underway before the pandemic struck and that they will “go far beyond just online lessons at home.” He proposes a general shift away from a teaching culture to what he calls “a learning culture,” where, more often, the teacher will act remotely as a one-on-one facilitator helping students with particular learning needs as they progress through AI-enhanced learning processes where interaction is already built into the learning programs.

How Change May Come

Changing where education takes place implicates almost everything else: some costs will go down (physical classroom building and maintenance), others will rise (digital support and social outreach personnel).

Once the connection between residential location and school is broken, parents (and teachers, too!) may insist on greater economic equality in K-12 education generally. That the quality of public-school education a child receives depends upon how much housing costs in their neighborhood has always been implicitly undemocratic and, ultimately, negatively affects our productivity, leaving potentially productive citizens without the education they need to thrive and contribute.

If shifting from classroom to remote education becomes extensive and permanent, American family life will also change. At first the changes will be difficult, but as families adapt, there will be offsetting benefits. Daily commutes for workers and students alike may become “very 20th century,” and the home may regain the social centrality it enjoyed before the rise of public education and the dominance of large corporations that housed their employees in elaborate and expensive office spaces miles away from their neighborhoods.

As we progress through this pandemic — which may cycle in intensity several times over another year to a year and a half before it’s finally defeated — we may discover unforeseen difficulties and opportunities. But I think we’ll do well to accept that there’s little chance that education will return to the way it was before COVID-19 happened and that, regarding the reinstitution of classroom-based learning, skepticism is particularly appropriate.