Why minority students get bad grades: The Pygmalion effect 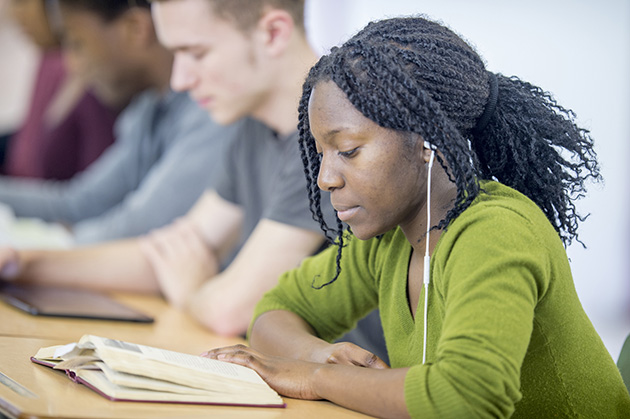 For the first two articles of this series, please click here and here.

This is the third of four articles dealing with inequality in U.S. public education. It addresses a persistent problem: the underperformance of black and brown students in public schools.

The first article documented the increasing segregation of K-12 education. Many American reasonably assume that following Brown v. Board of Education (1954) and the passage of the Civil Rights Act (1964), brown and black students have unfettered access to integrated schools. Unfortunately, not only have public schools never achieved substantial desegregation, they’ve become more and more segregated with each decade since 1984 and are about as segregated today as they were in the 1960s.

Substantial research studies documented in the first article in this series demonstrated that black and brown students in segregated primary and secondary schools receive a comparatively underfunded education taught by less-experienced and lower-paid teachers in overcrowded classrooms. This would seem to account for the fact that black and brown college students do not perform as well as white students: they’ve received an inferior K-12 education.

However, even when minority students come from middle-class, two-parent backgrounds and enjoy the same advantages as their white cohorts — principally classroom integration, teacher skills, class size and funds per pupil — they don’t do as well in college. Why is that?

This underperformance of black and brown students is particularly troubling because it takes place in a continuing milieu of “scientific” and populist racism, proposing that empirical evidence exists that shows the mental superiority of whites. Advocates of these views point to this academic underperformance as an objective demonstration of the mental inferiority of black students.

In 2018, for instance, National Review, an influential conservative website of opinion, published a spirited defense of Amy Wax, a University of Pennsylvania law professor who had publicly stated, "Here’s a very inconvenient fact ... I don’t think I’ve ever seen a black student graduate in the top quarter of the class, and rarely, rarely, in the top half. I can think of one or two students who scored in the top half of my required first-year course."

The National Review writer, in defending these views, attributed the real problem to affirmative action policies that allowed minority students to attend schools they were unqualified for, calling for an end to the "charade" of policies based on nonexistent racial equality.

This view of the alleged mental inferiority of black and brown students — which, to be clear, I profoundly disagree with — gets apparent support from the data. Beginning in the 1990s, for example, it has frequently been noted by those opposed to affirmative action that black students have college-dropout rates that are nearly 25% higher than dropout rates for whites. It’s also been noted that their grade-point average is nearly a full letter grade below that for whites.

The Pygmalion Effect and Underperformance

Black and brown students do underperform white students. Some of the reasons are well-known and were discussed in the first two articles in this series, among them continuing school segregation and the inferiority of the educational experience offered to students in these segregated K-12 schools.

But commonly held beliefs held by both a white majority and black and brown minorities also impact student performance. The negative impact of these beliefs is less widely known and its effects are generally underestimated.

This phenomenon, first documented in 1968 by Robert Rosenthal and Lenore Jacobson, has been called "The Pygmalion Effect." In simplest terms, the Pygmalion effect is a form of self-fulfilling prophecy. When, consciously or unconsciously, a teacher expects a student’s performance will be poor, that belief communicates to the student and become part of their own belief system, which negatively affects their performance.

Unsurprisingly, Rosenthal and Jacobson’s conclusions were quickly opposed, first by Robert Thorndike, an influential educational psychologist, and afterward by advocates for teachers who felt they were being unfairly blamed. To some extent, the criticism was earned; advocates of the effect extended it into areas that the original research did not support.

Eventually, however, the basic validity of the research has been widely (not universally) accepted. Teachers such as Penn’s Amy Wax, for example, who think black students don’t do as well as white students, effectively convey that belief to black students.

The results can sometimes be adversarial and even confrontational, but more often the teacher’s beliefs are at least partially, if unconsciously, assumed by their students, with lowered educational outcomes the result. Professor Wax, one assumes, has no idea that her low opinion of black students is itself one of the disadvantages that black students suffer in her classrooms.

It has sometimes been suggested that black students have lower self-esteem than white students regardless of their teacher’s views — that, yes, they do underperform, because their self-esteem was lower than white cohorts to begin with.

Addressing this and a number of other myths that purport to explain lower outcomes for minority students as a product of their own social environment, a detailed Rensselaer Polytechnic Institute study, "Black Students/White Campus: The Pervasiveness of Racism," determined that black students’ self-esteem is generally equal and sometimes higher than the self-esteem of white students.

The lowering of black self-esteem does not begin with black students, but with their environment on majority white campuses with predominantly white faculties. The study concludes that, “Racism is the underlying bedrock upon which rest the conditions leading to lower educational attainment by black students.”