Why micro-fulfillment centers are the future of online grocery shopping 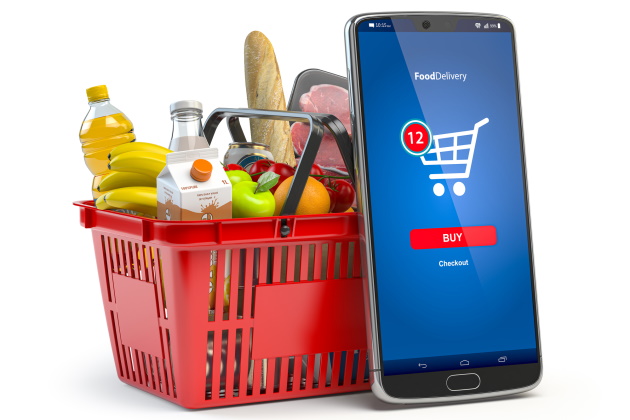 As many Americans seek to avoid crowded stores to protect themselves from COVID-19, more and more of them are shopping for groceries online.

But even before the pandemic, a 2017 report by the Food Marketing Institute (FMI) and the Nielsen Company predicted the trend. It says, “Initial findings from this study show that within the next decade, online food shopping will reach maturation in the U.S., far faster than other industries that have come online before. … The research estimates that in the current climate of technology adoption and evolution, consumer spend on online grocery shopping could reach $100 billion.”

Then, just one year later in 2018, a follow-up FMI and Nielsen study said, “The research indicates that in as few as five to seven years, 70 percent of consumers will be grocery shopping online. Now, the estimated $100 billion spend, which is equivalent to every U.S., household spending $850 online for food and beverage annually, will occur by 2022 or 2024.”

To meet the demand, a growing number of grocery retailers have built out their e-commerce capabilities and begun offering curbside and delivery services. But at the same time, grocers are scrambling to figure out how to streamline those online fulfillment processes to remain profitable.

One way grocers are streamlining their processes for filling online orders is through the creation of automated micro-fulfillment centers.

What are Micro-Fulfillment Centers?

Micro-fulfillment centers operate with help from software solutions along with robotics that together make it possible to process grocery orders in just minutes. In fact, according to claims by several micro-fulfillment tech companies, some systems can process an average-sized grocery order in less than 15 minutes.

On the other hand, e-commerce retailers must often place standard fulfillment centers on the outskirts of cities because the buildings are much larger and therefore require more land.

In fact, because of their smaller size, automated micro-fulfillment centers can be stand-alone facilities close to the store or stores they serve, or they can even occupy space inside the store buildings themselves.

“This is particularly important as the global population grows more urban,” says a report by the research firm CB Insights. “Two-thirds of the world population is expected to reside in cities by 2050, up from just over half in 2018, according to a 2018 United Nations report.”

In just the last few years, several big-name grocers have enlisted the services of technology startups to automate their micro-fulfillment centers. For example, Texas-based grocery chain H-E-B has partnered with Swisslog to develop its automated micro-fulfillment centers to enhance the retailer’s curbside pickup and delivery business. Swisslog, which is part of the KUKA Group, a German company, provides warehouse automation and software solutions.

The retail giant Walmart recruited the e-grocery startup technology firm Alert Innovation, based in North Billerica, Massachusetts. Walmart debuted a micro-fulfillment facility in one of its supercenters in Salem, New Hampshire, in 2019.

“The micro-fulfillment center model is a key element in the store of the future,” said Albertsons Companies President and Chief Executive Officer Vivek Sankaran in a press statement.

“It combines the efficiency of automation with the ease of meeting customers when and how they want to shop,” Sankaran said. “In working with Takeoff, we can evolve how the MFC ties into our store and e-commerce ecosystems and accelerate our path to best serve our customers.”

“Fifteen years from now stores will be very different from the way they are today,” says inventor and Alert Innovation founder, John Lert.

He says someday store shoppers may be able to arrive at a grocery store, order their packaged and frozen goods on a screen, and then walk around the store to pick out their fresh produce and meats. Before they even finish shopping, their packaged goods will be ready for pickup.

But that is a future phase, says Lert, when automation systems are more mature.

Meanwhile, in the interim, retailers are deploying small systems like micro-fulfillment centers that automate online orders only, he says.

“We have to have solutions that will scale down in size,” says Lert, “that can occupy a small amount of space and pick enough of the online orders to make the retailer profitable and successful in selling online.”

“And, over time, more and more customers will become attracted to that online service and eventually we’ll be able to retrofit and put the automation system in the whole center store.

“What COVID has done is accelerate the need for that small, scaled-down solution today that can transition to the future,” he says.

“This is a fascinating time to be working in retail, and now COVID has just really accelerated things,” he says.