Why is it important to raise awareness about saving the bee population? 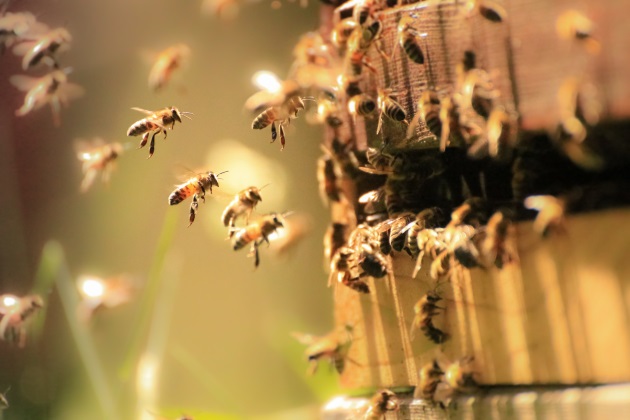 The value of protecting our bees was brought to the world's attention in 2009. Greenpeace spearheaded the effort, and the effects of losing these little buddies were made public. However, interest in this important cause has recently waned. According to Google Trends, saving the bees has been the least prominent search word in the last five years out of all the environmental problems affecting our world. We have to keep saving the bees.

Honeybees pollinate about 80% of plants on the globe. Every day, a single bee colony will pollinate 300 million flowers. The wind mainly does pollination of grains, but bees pollinate bananas, berries, and vegetables. Bees pollinate 70 of the top 100 human food crops, which account for about 90% of global nutrition.

Bees are important and efficient pollinators because of their ability to carry vast quantities of pollen grains on their hairy bodies, their reliance on floral support, and their semi-social or eusocial traits.

Why are the bees dying and why is this important?

The disappearance of bee colonies around the world is not as enigmatic as the pesticide industry says. The answer to this question is complicated but not impossible to figure out. Pesticides, drought, habitat loss, nutrient deficiency, air pollution, global warming, and other causes are known to kill bees. Many of these variables are related. In the end, we know that humans are primarily to blame for two of the most significant causes: toxins and habitat destruction.

In the summer, worker bees (females) live for only six weeks, and in the winter, they live for several months. In the spring and summer, colonies continually develop new worker bees, but reproduction slows during the winter. A beehive or colony will typically lose 5-10% of its bees during the winter and replace them during spring. In a bad year, a bee colony can lose 15-20% of its bees.

So, why are bees important to us? Simply put, humans would not exist without bees. All species may be affected. Pollination of our flora is dependent on bees. Crops cannot grow without it. There is simply no food for us without crops. When livestock has no fodder, their meat supply will quickly dwindle.

Some farmers may employ artificial pollination methods, ranging from carefully applying pollen with paintbrushes to using robot bee drones designed to do so. Although this is good news for us, it isn't long-term. A bee's normal life cycle and essential function clearly cannot be duplicated.

Pollinator restrictions could harm crops, putting more strain on a food chain already strained by war, climate change, and the coronavirus pandemic. Bees are being affected by the same coronavirus constraints that keep producers out of fields and distributors out of markets.

Since there aren't enough local bees to pollinate crops in big, food-exporting countries like the United States and China, beekeepers move hives thousands of kilometers to pollinate fields. Travel restrictions to combat the coronavirus are now harming the pollination industry by keeping bees at home.

These are chemicals that kill pests. They help to get rid of insects and rodents. Unfortunately, honeybees are insects, and insecticides have a devastating effect on their populations.

Insecticides can kill honeybees in several ways. One way is by the insecticide coming into close contact with the bee while it is foraging in the field. The bee dies straight away and never returns to the hive. The queen, brood, and nurse bees are not infected in this situation, and the colony survives.

The world's bees can be revived and preserved by common-sense behavior. Governments should ban the seven most toxic pesticides. Pollinator protection can be safeguarded by protecting natural habitat. Ecological farming is a significant new policy movement that seeks to stabilize human food supply while simultaneously protecting wild ecosystems and bees.

Over the last two decades, Vandana Shiva and a network of small farmers in India have developed an organic farming resistance to industrial agriculture.

Organic, sustainable farming is not a modern phenomenon. Throughout human history, this has been the most popular method of farming. By avoiding large monocrops and maintaining habitat diversity, ecological farming reduces insect damage. Ecological cultivation uses natural composting systems to replenish soil nutrients, prevents soil degradation due to wind and water erosion, and avoids pesticides and artificial fertilizers.

Jane Stevens has been a retiree since 2015 and previously had a career as an editor for a wealth of online and print publications. With her passion for interior design, she now creates opinion pieces for konservatory.co.uk.