Why cultural understanding is essential: Part 5 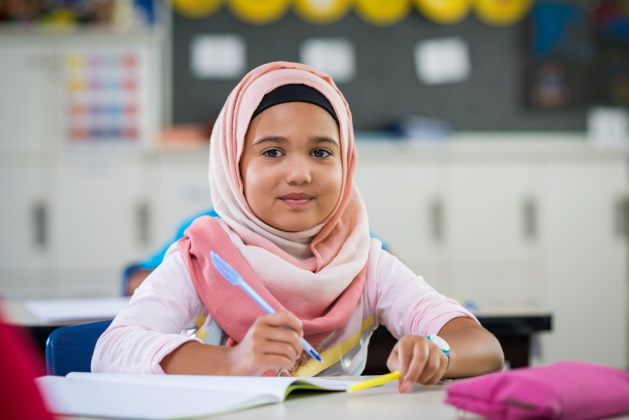 Previous installments in this series:

Culture is an important element for any ESL/ESOL program, and instructors need to be aware of learners’ cultures as they work with international students. New students may feel isolated, especially if no one else from their country is in the program or school (Magrath, D., January 6, 2020).

What is culture? Some experts say that it is what is at the core of an individual's behavior and his degree of assimilation into a particular environment. Others define it as what everybody knows what everybody else knows, within a group. It has also been described as the system of social institutions, traditions, values, and beliefs as well as that complex whole which includes knowledge, belief, art, law, moral customs and values. When we talk about values, we are not referring to absolute facts, but rather to traits that seem more obvious and openly recognized and practiced by the majority(Rijowski and Enriquez, 1996).

There are cultural traps for those who go to another country to live and study. Here is an example:

The importance of cultural understanding is illustrated by the following incident which happened in Florida. An Orlando police officer pulled over an ESL student and the situation worsened from there.

…the cop became quickly annoyed, berating the driverfor his lack of comprehension, and later wrongly arrested the man for driving without a U.S. driving license-which is not a crime (Toohey, G., February 16, 2020).

There are two takeaways from this incident. First, the police in tourist areas need cultural training and training in the laws concerning international drivers and how to deal with situations involving cultural or language interactions (A20). Second, students should be aware of the traffic laws in the host country and have enough proficiency to handle routine situations. In this instance, the student gave the officer his Turkish driver’s license which is legal documentation in Florida (A1).

Classroom management differs from country to country. Bad behavior does not always come from a desire to break the rules. A student may just be bored, or there may be cultural differences. The following example is of a good student who is not an international student but rather just bored.

When Steve Jobs was in third grade, he was such a troublemaker that he got expelled from school. He was constantly playing pranks on his peers—even his own teachers—and attempts to correct his misbehavior would backfire, leading to defiance and even more misbehavior. “I was pretty bored in school,” says Jobs. “And I turned into a little terror” (Terada, Y., August 7, 2020).

Students may be testing boundaries and trying to break away from the group.

When children reach adolescence, their allegiances shift from adults to peers, and their abstract thinking skills sharpen dramatically, leading them to question—and even challenge—long-accepted authority structures. What may look like rule-breaking is really a way for children to test boundaries and assert their independence (Classroom management mistakes).

Students may not understand the assignment, or it might be too difficult for them. So, they misbehave as an outlet for their frustration, Teachers may feel they have to respond to every minor infraction, such as talking out of turn or not using English in ESL class. (Classroom management mistakes).

Fire drills, storms drills and such are common in the U.S. but may not be so in the students’ home countries.

Jhina Garcia-Snell, an ESL teacher, said tornado drills are often baffling for students from countries where tornados are not as common as they are in the U.S. “They think we’re crazy because we’re doing that,” she said (Cook, J., October 24, 2015).

Language teaching, including ESL/ESOL, should include a cultural component. Language and culture go together. Sometimes culture is missing from the curriculum.

This represents a missed opportunity for student engagement: Without cultural contexts, students are robbed of a full and engaging language learning experience (Spathis, September 4, 2020).

There are ways instructors can merge language and culture. First, teachers can avoid common stereotypes. For example, don’t say, “The English eat only fish and chips and Americans always eat hamburgers and fries.”

Here is an example cited by the author regarding Spain:

Avoid making blanket statements about cultural or ethnic groups, such as, “Spaniards enjoy attending bullfights regularly.” Instead, present the cultural point as a piece of information: “In Spain, bullfights are considered traditional and enjoyed by some, but are controversial.” (4 Ways to Incorporate Culture in World Language Instruction)

Grammar and vocabulary are important, but lessons can also be thematic, focusing on content as well.

Brainstorm cultural connections using themes: Rather than planning lessons or units around specific vocabulary or grammar-based points, think in terms of themes, and brainstorm some cultural points that tie into these themes. These cultural points within your thematic units have the potential to spark student interest and engagement (4 Ways to Incorporate Culture in World Language Instruction).

For example, lessons can focus on sports such as American football, cricket, soccer, etc.

Other points of interest could be climate, tourism or industry.

Next, use authentic sources. The author is writing about FL teaching, but the examples are also relevant to ESL.

Make cultural comparisons: A vital part of teaching a language through a cultural lens involves examining one’s own cultural norms and traditions. Students should not only be immersed in the cultures associated with the target language but also make comparisons with their own backgrounds (4 Ways to Incorporate Culture in World Language Instruction).