Why black and brown students get inferior educations: Segregation 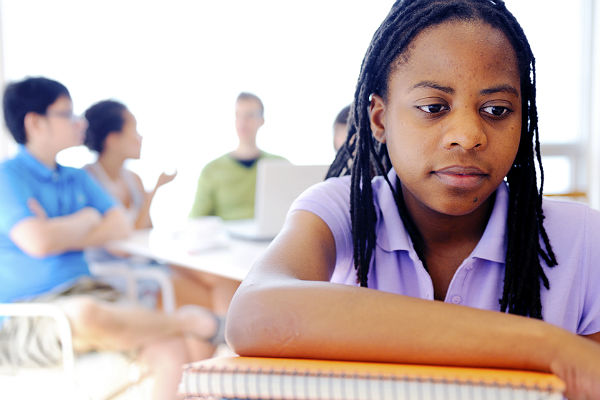 In recent years, more energy has been devoted to the pros and cons of affirmative action than probably any other education topic.

Underlying the answers to that question are two seemingly contradictory bodies of fact.

The first is that, despite Brown v. Board of Education, black and brown children still have highly segregated educations and to a disproportionate degree are taught in relatively crowded, often badly maintained schools in underfinanced school districts. The second is that even middle-class black and brown students apparently having the same educational opportunities as white cohorts still underperform them.

This, the first of several articles addressing these issues, concentrates on school segregation. A second article deals with the inequality of the education offered in these segregated schools.

A following article will address the persistence of underperformance by black and brown students even where educational opportunities are apparently equal. The fourth and final article in the series will address arguments made by conservative scholars and analysts explaining away various educational disparities of opportunity and outcome as natural and unavoidable consequences that the government should not attempt to remedy.

The persuasive argument of Brown v. Board of Education (1954) that segregated classrooms disadvantaged African-American children was based in part on testimony in an earlier court case. In Briggs v. Elliott (1950), some of the country’s most prominent social scientists, including Dr. Kenneth Clark, testified that segregation, including segregation in classrooms, inevitably lowered the self-esteem and inevitably the academic performance of African-American students.

Even if the education offered in segregated classrooms was otherwise of equal quality — "separate but equal" was the usual defensive phrase — African-American students were being denied “equal protection under the law” promised in the U.S. Constitution’s 14th Amendment.

Worse, research by both The Center for American Progress and UCLA’s Civil Rights Project indicates that in all U.S. schools, not just in the South, a third of students attend schools in which 90% of the students are of the same race. Nearly half of U.S. school districts are also "hypersegregated," a designation indicating that around three-quarters of the students come from low-income families.

Black children who are poor find themselves clustered together and isolated from the mainstream of U.S. education. The promise of Brown v. Board of Education was never reached. All the data show that segregation has consistently increased over several decades.

To understand the underperformance of African-American students in U.S. schools, one need look no farther than these grim segregation statistics.

The next article in this series will get into the quality of education offered to African-American and Latinx children in these segregated schools.