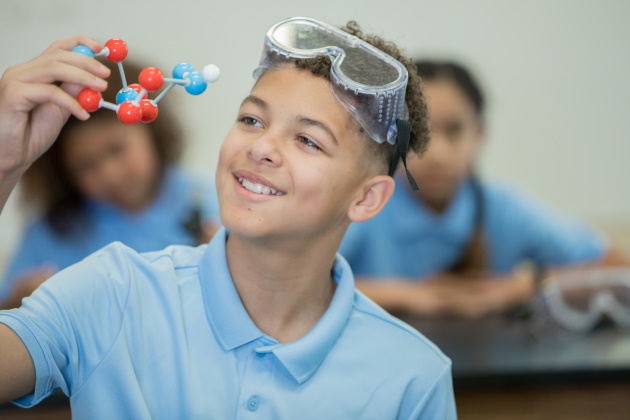 The two presidential candidates’ education policies cover a lot of ground, more than I’d realized when considering an article overviewing the full range of presidential policies, education among them. This article less ambitiously compares the two candidates over a single issue: charter schools. In one or more following articles I’ll cover the candidates’ other education platform issues.

Wherever possible, I’ve limited my sources to the candidates’ firsthand policy statements or to nonpartisan sources. Where it’s useful to provide a partisan point of view over a particular issue, I’ve carefully identified it. Even then, I have to offer a disclaimer of sorts: Trying to source what the candidates have actually promised is difficult.

Both candidates’ statements are rich in aspirational goals and less forthcoming about where the funding will come from. I suppose that’s not a big surprise, because they’re both politicians. Here’s what the two candidates have said about this ­important education issue.

School Choice: Trump’s for It, but Biden Is…Uncommunicative

The Trump administration strongly supports “an agenda that provides school choice for parents” — that is, for promoting and encouraging charter primary and secondary schools.

President Trump has been consistent about this, first and importantly by making Betsy DeVos his Secretary of Education and then supporting her implementation of school choice policies — for instance, the 2019 proposed federal tax credit for donations to charter schools (including religious charters). She has long been a charter school advocate; she and her husband have donated more than $4 million to the charter school founded by her family.

The official Biden website, which covers education issues in considerable detail, is virtually silent on this one subject. The probable reason is that while Republicans generally agree that public schools are inadequate and need to be supplemented (and, perhaps, eventually replaced) by private charter schools, Democrats split into two camps — and in a way that doesn’t offer an easy compromise.

For Biden, this issue is a bit of a tangle — K-12 teacher organizations are vocal supporters of Democratic issues. In a national Education Week survey 41% of K-12 teachers described themselves as Democrats as opposed to 27% who were Republicans (30% stated they were independents).

And teachers’ unions (and presumably a majority of teachers) see charter schools as a threat. Democrats in Congress have even tried to end federal support for charter schools entirely, claiming they have failed to improve education odds for economically challenged children, are inadequately supervised and fail to graduate an unacceptably large percentage of their students.

Show Me the Money

Faced with this dilemma — two essential Democratic voter blocs in sharp division over charters — there’s really no way for Biden to express a clear preference without losing voters. What Biden has done, which may be the best way out for him as a candidate, is to be as clear as possible over increased funding for K-12 education, private and public.

Here Biden has a clear voter-recruitment advantage. According to a 2017 poll, 60% of Americans favor increased K-12 funding. Nearly half of Republican voters feel the same way. Admittedly, the poll was paid for by The American Federation of Teachers — hardly a disinterested party — but FiveThirtyEight’s ratings of pollsters gives it a B, the same rating given to Gallup. So: reasonably reliable.

Candidate Biden has consistently favored more and more widely distributed funding for education, including closing what he estimates is a $23 billion funding gap between white and non-white school districts, tripling Title I funding, creating universal pre-kindergarten for all 3- and 4-year-olds, doubling funding for home-visiting programs by early childhood development specialists and doubling the number of K-12 support specialists (child psychologists, guidance counselors, nurses and other physical and mental health professionals). The list of education issues Biden supports goes on — except for the charter schooling issue, where Biden remains uncommunicative.

Both candidates find themselves challenged over the charter schools issue, but, as you might expect, for different reasons. Biden is faced with trying to paper over a pronounced split over charter schools by two important (I would even say essential) Democratic voter blocs. Trump loves charter schools but wants cutbacks in federal education funding, even though a majority of voters oppose them.