Where inequality goes, so goes health 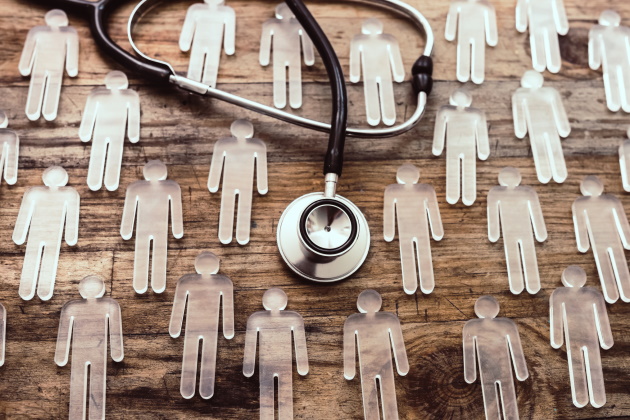 A robust body of literature supports the thesis that inequality and health are inextricably entwined. The fight against deepening inequality in the United States and around the world is one which simply cannot be ignored in the 21st century. It is, in fact, our moral and ethical duty to address these issues and steel ourselves to resolve them, especially in this time of a historic and deadly pandemic.

In an April 2018 article in the Journal of the American Medical Association (JAMA) Forum, Dr. Dave. A. Chokshi clearly spelled out various underlying connections between inequality and health in the United States. To wit:

“Two arguments favor paying attention to income and wealth distributions as part of advancing health equity. First, health care spending—the realm of medical professionals—can worsen income inequality, at both individual and systemic levels. Individually, poor people have to spend a much greater proportion of their income on health care than richer people do. In 2014, medical outlays lowered the median income for the poorest decile of US individuals by 47.6% vs 2.7% for the wealthiest decile. Systemically, medical spending can crowd out other government spending on social services, drawing resources away from education and environmental improvement, for example. Taken together, this supports the case that ‘first do no harm’ must extend to the financial impact of delivering health care. Clinicians who care about the social determinants of health must also pay heed to the cost (and opportunity cost) of health care.”

Dr. Chokshi also explained that increasing mortality among low-income groups can actually be correlated to tax cuts. When the government chooses to cut programs like food stamps, WIC, and other supports for the neediest among us, those who benefit are the individuals and families who never think about using such programs. Tax cuts that favor the wealthy are more often than not given on the backs of those who rely on assistance placed on the chopping block as a so-called “entitlement,” whereas those who feel naturally entitled to cuts in capital gains or inheritance tax would never think of such as anything more than their due.

Continuing his argument, the author points to a landmark 2016 JAMA study, which “found a gap in life expectancy of about 15 years for men and 10 years for women when comparing the most affluent 1% of individuals with the poorest 1%.”

The Urban Institute sums it up in this way:

“Poor adults are almost five times as likely to report being in fair or poor health as adults with family incomes at or above 400 percent of the federal poverty level, or FPL, (in 2014, the FPL was $23,850 for a family of four, and they are more than three times as likely to have activity limitations due to chronic illness. Low-income American adults also have higher rates of heart disease, diabetes, stroke, and other chronic disorders than wealthier Americans.”

Other Urban Institute statistics make the point even more clear:

The literature and data are irrefutable: poverty sickens and kills.

COVID-19 has hobbled the American economy, with unemployment benefits running dry, some small businesses struggling to remain open while others close for good, and pandemic-related assistance long gone.

With the Biden-Harris administration assuming power on Jan. 20, 2021, optimism is high for our country’s priorities to shift focus back to the neediest Americans, including those hit hardest by the pandemic. Pledges of increased federal spending, support for organized labor, a reduction in unemployment, and “an expanded safety net to cushion households that have continued to suffer as the coronavirus persists and the recovery slows” are heartening and encouraging.

A new coronavirus pandemic stimulus package is absolutely necessary in order to keep all Americans afloat in the months to come. Bankruptcies, evictions, food insecurity, and health disparities must be addressed, including the outsized impact of the pandemic on African Americans, Native Americans, and other groups. That said, we also need to look beyond COVID-19 to long-standing social, economic, and racial inequities to finally be addressed in a systematic and sustainable manner.

The American dream remains out of reach for so many, and when disparities in infant mortality, life expectancy, access to affordable healthcare, and other key areas remain, we still have our work cut out for us. Are we up to the task? And what would it mean about us if we said we were not?