When politics and public health collide 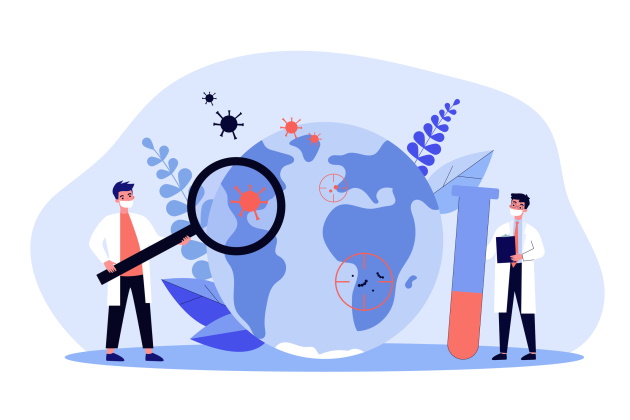 Public health in the United States has been an intrinsic aspect of national well-being for more than a century. Without the mostly invisible public health machine, we would see all manner of preventable ills ravage our society.

When cynically wielded, political power can wreak havoc with public health, and the COVID-19 pandemic is a timely example of how politics run amok can interfere with even the most basic protective measures. A negative or combative intersection of public health and politics costs lives, and this is where we must push back.

For the Health of the Many

Public health nursing came into its own under the prescient guidance of Florence Nightingale in mid-1800s England. In the U.S., the equally visionary Lillian Wald coined the term “public health nurse” and ushered in an age of addressing the collective welfare of New York City’s citizens by championing the importance of sanitation, housing, and other challenges that can hobble an economy and keep the poor downtrodden. Her work has been described thus:

“Wald’s first priority was to provide nursing services to her neighbors. Soon, she and an ever-growing number of nurses who came to live at the Settlement were well known figures on the streets of the Lower East Side, making their daily rounds to those who had put out a call for help.

“Within a few years the Henry Street Settlement had become a vibrant neighborhood center, offering residents of the Lower East Side not only nursing services, but a playground and a kindergarten, afterschool programs, classes for adults, boys’ and girls’ clubs, mothers’ groups, day trips and vacations to the country, summer camps, a theater, and the myriad other activities that came to be associated with the settlement house movement.”

The American Public Health Association (APHA) was founded in 1872, just twenty years prior to Wald’s Henry Street Settlement. Of its origins, the APHA states:

“From our inception, APHA was dedicated to improving the health of all U.S. residents. Our founders recognized that two of the Association’s most important functions were advocacy for adoption by the government of the most current scientific advances relevant to public health, and public education on how to improve community health. Along with these efforts, we have also campaigned for developing well-organized health departments at both the federal and local levels.”

Without the efforts of Wald, her contemporaries, and her successors who toil to this day on behalf of all, our public health system would not exist in its current form. Public health is our bulwark against outcomes we would be wise to avoid through prudent, forward-thinking investment.

The Politicization of Public Health

What is politicization? According to Wikipedia, it is “the social tendency for various abstract concepts as well as specific entities and collections of facts to go from being seen as objective and/or seemingly outside of politics to being a part of culture war debates and/or topics for subjective discussion.” And Dictionary.com defines it in these terms: “to bring a political character or flavor to; make political.”

During the course of the pandemic, the President and his Republican allies have chosen to politicize the wearing of masks, calling it an assault on individual freedom, while galvanizing voters by pitting them against public officials calling for such measures.

A culture war has ensued throughout the course of 2020, with death threats against officials advocating for safety and science, demonstrations, and other attempts to undermine respected experts. Coronavirus outbreaks in the White House have even infected the president himself. Despite it all, White House gatherings as recent as Election Day have drawn largely maskless crowds, even as more members of the inner circle are sickened.

Politics has utilized public health for negative purposes before. During the AIDS epidemic, advocacy groups like ActUp had to vociferously fight for action from the Reagan administration. The epidemic began in 1981, yet Ronald Reagan did not deign to mention AIDS until 1985.

And during the 1918 flu pandemic that killed 50 million worldwide — with 675,000 of those in the U.S., anti-mask groups demonstrated vehemently.

When public health measures are used for nefarious purposes like political self-interest or the pitting of segments of society against one another, everyone loses in such a cynical calculus. Outright denial and turning a blind eye do nothing to assist the collective in creating a sense of safety, that most basic of human needs.

Public health should not belong in the sphere of political abuses of power, yet history shows us that it is repeatedly dragged into the mud despite painful historical demonstrations that collective harm always results.

The collision of public health and politics should not be a mechanism for worse outcomes, the vilification of science, and the sidelining of experts, yet that has been our pandemic story. With hopes raised for a new administration that embraces science and reason, we can just begin to see the light of day through the darkness of recent times.

How many continue to die unnecessarily? What corners were cut? Which self-centered, manipulative deniers of science will be held in contempt? History will write that story, and we will all hopefully learn the painful lessons in order for history to not repeat itself so often that it begins to stutter.