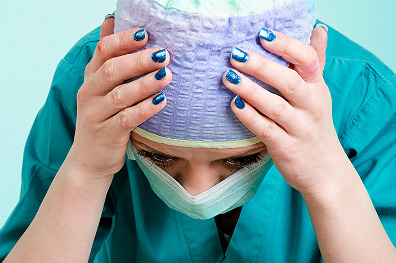 Each day, every minute, nurses make countless decisions. Rigorous training, education and experience are supposed to prepare the nurse to respond appropriately when faced with decisions regarding patient care.

Although safety nets are put in place and procedures are developed, they often do not cover every situation nurses face in their shifts caring for patients. Often these decisions are made with the best intentions, but may not follow established protocols, policies or just good practice. Herein lies the question: If the patient is not harmed, is there a foul?

A case in Connecticut is attempting to answer that very question.

According to reports, Annemarie Morrissey, a nurse of 32 years, was wrongfully fired in June 2012 in an attempt to save a patient's life. Apparently, a patient was transferred via the ER to her hospital with pacer wires in situ. For whatever reasons, the external pacemaker device was removed and returned to the original transferring hospital.

Once the patient was admitted to Morrissey's cardiac intensive care unit, the wires were not compatible. Morrissey was asked to assist in "making it work" in light of the patient's declining condition. In order to make the wires connect, she cut back the plastic that was hindering the connection — in essence altering the equipment. Once the connection was established, the patient's heart rate was then paced, and his vital signs stabilized.

Morrissey stated that a physician approved the pacemaker's functioning and did not determine a need to replace the wires or device. Unfortunately, the following day, the pacer wire malfunctioned, yet the patient survived. (He later expired the following year in 2013.)

At first look, the story seems to be all about the actions of Morrissey. However, on closer review and thought, it is clear there are a myriad of poor decisions that occurred prior to Morrissey even being involved.

Again, someone made a decision — likely with good intentions — that the patient would be promptly transferred to the appropriate level of care, but clearly not appreciating the gravity of that decision. Unfortunately, a chain of events was instigated, to which Morrissey found herself in a position to make some challenging decisions.

Once it was determined the pacemaker was not compatible with the wires, immediate physician intervention was warranted. In no circumstance is it prudent or even safe to alter a medical device to "make it work" with another. The potential for patient harm is great and often unnecessary. Morrissey's intentions were admirable and resourceful, but her actions were likely not going to be supported by her employer, which is what has transpired.

Nurses, just as physicians, are required to "do no harm." When a nurse starts to alter electrical devices that are in a patient, the risk for harm far outweighs the benefits. Although it appears no harm came to the patient, it certainly did not appear to be safe practice to "cut" any part of a wire, especially ones that are providing vital support to the patient.

It will be interesting to see how the case transpires, especially if it moves forward to a jury court trial and more details become available. For example, was there not a physician available immediately? How unstable was the patient that she took such an unusual measure? Did she have a pattern of disciplinary issues or was she a model employee in a bad spot?

What are your thoughts? More importantly, take a look at your patient-flow problems. What areas could be tightened up to prevent nurses being in positions to make difficult decisions?