What you should know about Texas’ newest gun laws 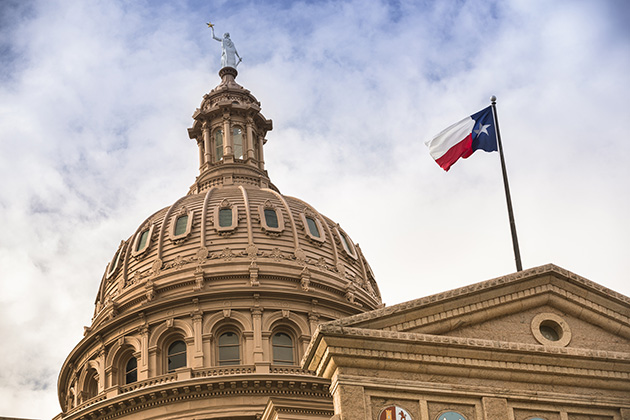 Sept. 1 was the effective date for most of the new pieces of legislation passed by the Texas Legislature in its most recent session. Among other changes, hunters no longer need to possess a valid hunting license to shoot feral hogs on private property with landowner permission.

But there are also several new gun laws that just went into effect that you need to be aware of.

Disclaimer: I am not an attorney and nothing in this article should be taken as legal advice. If you have any questions regarding any of these new laws, I recommend contacting an attorney specializing in firearms law licensed to practice in the State of Texas.

First up is House Bill 1143, which allows people with a valid License to Carry a Handgun (LTC) to store a firearm or ammunition in their vehicle on school grounds. The exact text of the new law is below.

A school district or open-enrollment charter school may not prohibit a person, including a school employee, who holds a license to carry a handgun under Subchapter H, Chapter 411, Government Code, from transporting or storing a handgun or other firearm or ammunition in a locked, privately owned or leased motor vehicle in a parking lot, parking garage, or other parking area provided by the district or charter school and may not regulate the manner in which the handgun, firearm, or ammunition is stored in the vehicle, provided that the handgun, firearm, or ammunition is not in plain view.

Note that the new law does not permit concealed carry within any buildings on school grounds, just that a person with an LTC license can transport or store a firearm in a locked motor vehicle in a parking area.

It’s also important to note that the firearm or ammunition must not be in plain view. Finally, it only applies to a person who holds an LTC license, not the general public.

Now let’s talk about House Bill 302 (exact text below), which prohibits landlords from prohibiting tenants from possessing firearms or ammunition within a rental property.

House Bill 302 amends the Penal Code and Property Code to prohibit the owner or landlord of an applicable condominium or rental property, a tenant or guest of such an owner or landlord, or a guest of a tenant from being prohibited from lawfully possessing, carrying, transporting, or storing a firearm, any part of a firearm, or firearm ammunition in the applicable property, in a vehicle located in the property's parking area, or certain other locations unless prohibited by state or federal law. The bill establishes related defenses to prosecution for the offenses of criminal trespass, trespass by a handgun license holder with a concealed handgun, and trespass by a handgun license holder with an openly carried handgun.

Both of these new laws only apply to homeowners and tenants who are otherwise behaving in a lawful manner.

A property owners' association may not include or enforce a provision in a dedicatory instrument that prohibits, restricts, or has the effect of prohibiting or restricting any person who is otherwise authorized from lawfully possessing, transporting, or storing a firearm, any part of a firearm, or firearm ammunition, as well as the otherwise lawful discharge of a firearm.

Concealed Carry in Places of Worship

Finally, we have Senate Bill 535 (text below), which removes language from the Texas Penal Code and makes it clear that a person with a LTC permit is allowed to carry a handgun within a place of worship.

Senate Bill 535 amends the Penal Code to remove the premises of a church, synagogue, or other established place of religious worship from the premises on which the intentional, knowing, or reckless carrying of a handgun by a license holder constitutes an offense.

Even with this change to state law, you should be aware that, just like any other private property, churches and other places of religious worship can still prohibit LTC holders from carrying firearms by providing notice. Knowingly carrying a firearm in on private property after receiving such notice is a crime and violators are subject to arrest and prosecution.

Finally, these are not the only changes to firearm law in the state of Texas. Especially if you possess a License to Carry a Handgun, I encourage you to familiarize yourself with the current regulations, especially with regards to where you are now allowed to carry a handgun, so that you do not inadvertently break the law.