What to know about taurine for dogs and cats 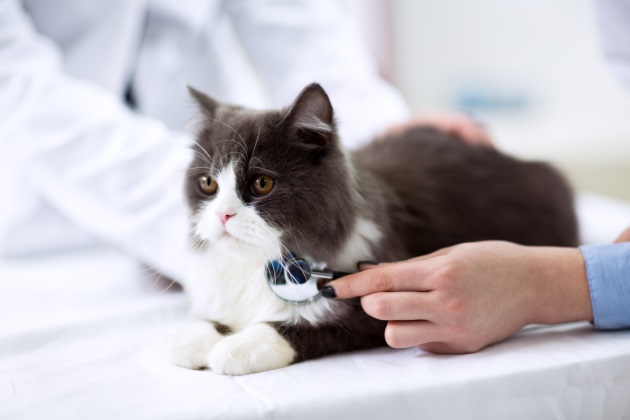 Taurine is a unique amino acid because it is only found in animal tissues and, unlike other amino acids, it is found free in the body and is not incorporated into protein. Many cells are able to make taurine, but the liver is the primary production site.

Tissues with the highest taurine concentration are the heart, muscles, central nervous system, retina and platelets in the blood. Taurine plays important roles in maintaining fluid balance and the ability of the heart to contract.

Many factors affect the levels of taurine found in the body, including dietary intake, body synthesis and individual requirements.

Taurine is recognized as an essential dietary nutrient in cats. Adequate dietary taurine must be provided to cats because of their limited ability to make taurine.

In dogs, taurine is generally not recognized as an essential nutrient because they are able to synthesize adequate amounts from other dietary amino acids, namely methionine and cysteine.

Dietary supplementation with methionine has been shown to improve taurine status in dogs with low taurine levels. Although most dogs are able to synthesize adequate amounts of taurine, low taurine status has been found in some dogs of particular breeds. Taurine deficiency in dogs is associated with dilated cardiomyopathy, retinal lesions and impaired reproduction.

Dilated cardiomyopathy is caused by dilation of the left ventricle of the heart that results in the heart being unable to perform optimally. The underlying cause of DCM is unknown, but proposed factors include genetics, viral infection, immune-mediated disorders, arrhythmias, toxins and nutritional deficiencies.

Low taurine status is associated with some cases of DCM. Inadequate cellular taurine concentrations result in the heart being unable to contract properly.

DCM is the most common acquired heart disease in large breed dogs. Breeds in which taurine-deficient DCM has been reported include the American cocker spaniel, Dalmatian, boxer, Newfoundland, Portugese water dog, English setter, Alaskan malamute, golden retriever and Scottish terrier. Taurine deficiency in dogs appears to be related to both environmental and genetic effects, and may be related to abnormal taurine metabolism in some dogs.

Taurine is naturally found in animal-based ingredients, but is also available as a supplement that can be added to dog and cat diets. Because taurine is considered an essential nutrient for cats, many complete and balanced cat foods are supplemented with taurine to ensure adequate levels.

Dog foods are less likely to be supplemented with taurine since it is not considered essential for dogs. For breeds that are at higher risk of developing taurine-associated DCM, a food with added taurine is recommended.

The type of dietary protein and other ingredients may affect taurine status. For example, in dogs, soybean protein has been shown to increase the rate of excretion of bile acids that are bound to taurine. In cats, diets containing rice bran or low quality, heat-damaged protein have been associated with an increased dietary taurine requirement due to accelerated gastrointestinal taurine losses.

Some evidence has suggested that diets containing lamb meal and/or rice may be associated with taurine-deficient DCM. Although more evidence is needed to support this finding, as a precaution many lamb-based dog diets are supplemented with taurine.

Cats with DCM should receive 250 mg of supplemental taurine twice per day. It takes at least two weeks of taurine supplementation before cardiac function starts to improve, with continued improvement being seen over the next three to six months.

In summary, when choosing a food for your cat, make sure that the diet provides adequate amounts of taurine. Check the ingredient panel for added taurine or contact the company and request information about the taurine level in the food.

For dogs, taurine is not an essential nutrient, but if you have a breed that is at high risk for DCM, consider purchasing food with added taurine.