What is the future of tradeshows? The case of the Canton Fair 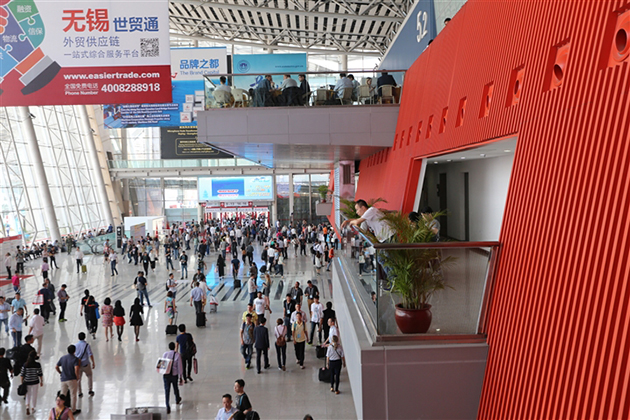 Canton (Guangzhou) is currently hosting the largest tradeshow in China — the Canton Fair. Officially known as the China Import Export Fair (or the China Export Commodities Fair before 2007), the Canton Fair is a biannual event with one session in the spring and the other in the fall.

For decades, the Canton Fair was the only tradeshow in Mainland China that welcomed attendees from other parts of the world since its inauguration in 1957. The City of Canton was also an important gateway city in the mainland for international travelers before the country's policy reform in the late '70s. Traditionally, the Canton Fair has been perceived as the most important and the largest international tradeshow in Mainland China.

Yet, just like many other tradeshows around the world, the Canton Fair is no longer making a significant impact on local businesses and the Chinese economy as it did in the past.

What lowered the impact of the Canton Fair?

First and for most, China has transformed from a poor country with a closed-door policy into an open and progressive giant in the global market.

There was a time when overseas businesspeople could visit the City of Canton for the only tradeshow in Mainland China. Today, there are hundreds of tradeshows taking place all around the country, and the Canton Fair is facing tough competition.

Second, the more open economy in China also encourages more inbound and outbound tourism in China. Politically, it becomes easier for foreigners to travel inside the country and, at the same time, for Chinese to travel overseas.

Financially, air travel has also become more affordable, partially because of the competition among the major and budget airlines. Now, business deals can be made onsite in the factories and thus need not to be settled at the Canton Fair anymore.

Third, B2B (business-to-business) websites have become more reliable. More people are doing business in the online marketplace without the need for traveling to tradeshows.

Fifth, the soaring labor costs in Mainland China have made manufacturing goods less cost-effective. More factories are moving to other countries where labor costs are lower.

What is the future of tradeshows and the Canton Fair?

There are still many benefits of attending a tradeshow. The Canton Fair, for example, provides a one-stop-shopping opportunity for buyers. Buyers can meet all potential suppliers in one place for a short period of time, allowing them to easily compare one supplier against the others before they make an informed decision.

Canton is still a nice gateway city in China, with many things to offer. Foreigners will be able to experience the delicacies of Cantonese food and the southern hospitality of China.

Manufacturers can showcase their products. Additionally, they can check out what their competitors are offering. It is also possible for them to identify new suppliers.

Because of these benefits, it is unlikely that tradeshows in major gateway cities will disappear in the near future. Yet I expect many tradeshows would find it more difficult to attract attendees as companies are paying more attention to the cost-effectiveness of business trips.

How did the Canton Fair respond to such threats?

Over the years, the Canton Fair has initiated several changes to ensure its market position as the No. 1 and the must-go tradeshow in Mainland China.

Substantial improvements have been made in the venues that host the tradeshow. The venue has been changed twice in the Canton Fair's history. Now, the new exhibition complex has more than 1.1 million square meters in gross exhibition space, which is equivalent to about 12.1 million square feet.

Today, the Canton Fair is broken into three phases, with five days in each phase and a two-day break in between:

The Canton Fair also embraces the e-commerce trend. Besides its official website, the tradeshow also has an e-Canton Fair website, which provides a virtual marketplace to the suppliers and buyers.

What else can be done?

One suggestion I will make here is to promote the Canton Fair together with the City of Canton as a tourist destination, giving business travelers more reasons to visit Canton. Alternatively, Canton can work with other areas in the region to promote the Canton Fair and the destination, such as Hong Kong, Macau and Guilin, a scenic place where the Clinton family visited in their trip to China. Special group tour packages can also be developed for the attendees and their families during the tradeshow.

What do you see the future of tradeshows? What suggestions will you make to help tradeshow organizers attract more attendees?