What is the future of leadership? 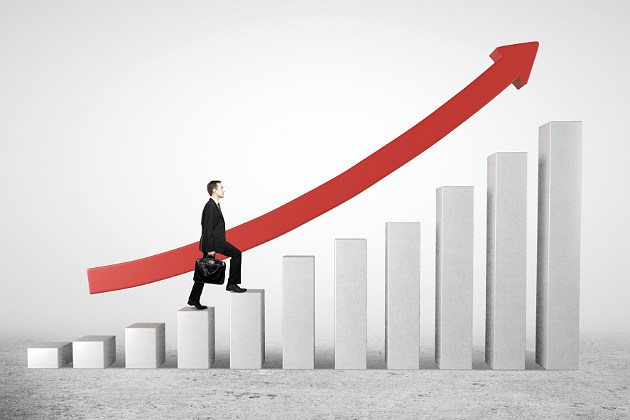 If everything rises and falls on leadership, are we in good hands, or should we be concerned? While technology is moving at the speed of light and leveling everything in its path, leaders often seem hesitant to change their rather archaic traditions and beliefs. This is causing some uneasiness among employees and other stakeholders.

So, what is the future of leadership, and how can leaders be effective and successful in this brave new world?

“The future of leadership is a new mindset, skillset, and toolset for how leaders respond when the future arrives faster than ever before,” says Terence Mauri, who is ranked as one of the top 30 management thinkers in the world by Thinkers50. Mauri is also Entrepreneur Mentor in Residence at London Business School, and author of “The Leader’s Mindset: How to Win in the Age of Disruption.”

We know that AI, nanotech and biotech will transform every facet of daily life. But Mauri says it will also shape the future of work, leadership, and success. “It will change how we gauge the true potential of human intelligence in the 21st century.”

“A recent survey by the Massachusetts Institute of Technology estimated that there was a 50% chance that AI would be better at everything than humans by 2062.” However, while technology and change are accelerating exponentially, he says leadership is changing at a snail’s pace.

“Our mindsets and the way we lead others are still trapped in the 20th and even 19th century,” Mauri says. The problem isn’t a lack of strategies and ideas. “Most organizations aren’t changing fast enough because their cultures, operating systems and processes are frozen in time.”

Command and control are dead

While controlling leadership styles may have worked in the past, leaders won’t find this approach effective in today’s workplace. “Many teams are being overmanaged and underled because of a lack of trust,” Mauri says. “Today, 1 in 5 people would trust a stranger more than their own boss, and according to Edelman’s Annual Trust Index, 58% of people do not trust businesses to do the right thing.”

Obviously, this trend can’t continue if companies expect to be successful. “The best leaders build a ‘leaders developing leaders’ culture where the leadership style is inspire and empower, not command and control,” Mauri explains.

If you want to win in the 2020s, you need to get the best ROI from your talent. “However, it’s not return on investment, but return on intelligence — and you can’t achieve that outcome unless your team trusts you.”

In addition to establishing a culture of trust, leaders need to lead by example. “My research shows that most people want a cause, a community and a career,” Mauri says.

They’re looking for someone who can model what they seek, which requires leaders to lead themselves. But what does that mean?

“To be a leader of yourself means that you want to activate purpose in your personal and professional life,” Mauri says. “Purpose is the source code for meaning and impact.” He says you need to take control of your destiny, have a vision, and understand that the best way to learn is by doing.

That’s a philosophy shared by Mark Sanborn, leadership expert and author of “The Potential Principle.” He believes that experiences can always make leaders better — if they learn from those experiences.

“Like all of us, you dream of what you want to accomplish in life, who you want to become.” However, Sanborn says the best leaders are driven by the question: how do I reach my full potential? Part of the answer usually involves helping others reach their full potential, but that's not the only way.

Even if you’re the best of the best in your field, he says there is always room to learn and grow. “How can you bridge the gap between who you are and what you’re truly capable of?”

He says leaders should always be grateful for what they have, what they’ve accomplished, and who they’ve become. “But we should be just as grateful that we get another day to pursue our potential and find out how much better we could be.”

As you seek to innovate your company or team, Mauri says it’s impossible to innovate without scaling a culture of intelligent failure. Failure is often seen as a badge of shame. “However, the best leaders understand that the only way to build a team of courageous thinkers and doers is to embrace mistakes.”

In fact, Mauri says “fail” is an acronym for “from action I learn.” But how safe is it to fail in your organization? “The new norm is operating in uncertain environments, so stop worrying about the rate of failure because you can afford a lot of failures if they're cheap.”

Know what success does and doesn't look like. “I'm always surprised at the lack of a clear outcome; deciding what not to focus on can also limit the uncertainty.”

Convert assumptions into knowledge and learning. “This is a much smarter use of time than trying to prove how right you are.”

Codify and share what's been learned. “This involves a process known as 'After Action Reviews' (AAR).” Mauri says it was pioneered by the military to ensure continuous learning and includes three questions: