What is the future of airports under President Biden? 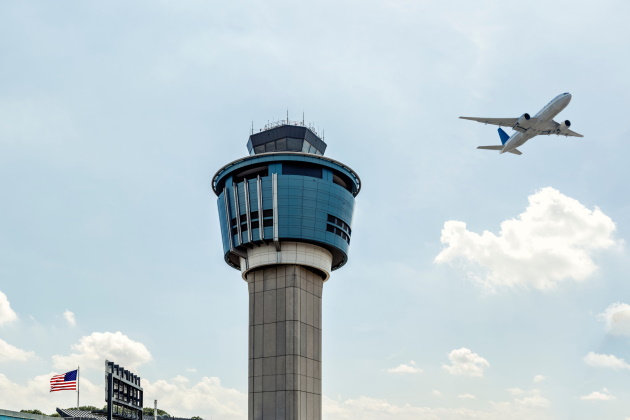 As the nation prepares for President-elect Joe Biden, many aviation analysts are turning their attention to what the future holds for their industry under his tenure.

Whereas in the past this may be a noteworthy point in a wide-ranging manifesto of pledges and promises, in this global crisis surrounding the COVID-19 pandemic, people are watching eagerly to discover how Biden will respond to the extra problems surrounding the huge losses of income and jobs being faced by the aviation industry. And this is just one of many areas reaching a critical point as the economy struggles with the virus.

Furthermore, Biden will arrive part-way through a period of funding and rebuilding initiated under the Trump administration that is seeing airports improved across the country.

Trump famously tweeted in 2016: "Our airports are like from a Third World country...We're a debtor nation." Since then projects like the rebuilding of New York’s LaGuardia airport have been initiated.

Around $21 billion has so far been allocated to aviation and transport infrastructure projects (of a $1.5 trillion initially promised) under Trump. So, while his intentions for improvement of America’s airports were welcome, there is still more to do and blocks on spending have been imposed in Congress.

As for support to the aviation industry, President Trump in August outlined plans for $25 billion through the CARES Act to help shore up jobs at airlines and airports, where full recovery is not expected before 2023.

Switching to Joe Biden, his priorities surrounding aviation and the continuation of any works commenced by the Trump presidency are not totally clear yet. However, a number of clues can be gleaned from his presidential agenda and quotes given during speeches.

First of all, Biden’s focus is environmental. He wants to reduce greenhouse gas emissions, switch to renewable forms of energy, and sign back up to the plan for net-zero emissions by 2050.

This will necessarily mean a focus on transforming aviation as it looks towards low-carbon technology, biofuels and improvements in aircraft technology.

With this as his focus for the future direction of air (and surface) travel, Biden has also pledged to continue addressing the state of U.S. airports today. He has announced that he will double down funds through the Federal Aviation Administration (FAA) Airport Improvement Program, which allows airports to fund improvements and upgrades. Airports should also expect to be supported as they continue looking towards new technologies to improve safety and security.

This should be some comfort to them as it seems the support given so far will continue, allowing projects to be seen through and outdated facilities upgraded to today’s standards.

And for employees of the ravaged travel industry, some relief should also be taken from his support of what has been offered through the CARES Act and intentions to carry on providing this stimulus.

The kind of changes Biden is pushing for transport, with a focus on greener technology and a reduction in emissions through new technology and changes in the way we travel, will take many years to implement — perhaps longer than one or two terms of a presidency. However, it aligns the U.S. with many other Western countries in their thinking around aviation. Whatever your political persuasion, it seems both Trump and Biden have the same agenda in continuing to support airport projects to improve this often-outdated part of America’s travel infrastructure, and shoring up jobs when they need it most.