What ‘business ghosting’ says about your leadership, and why real leaders don’t ghost 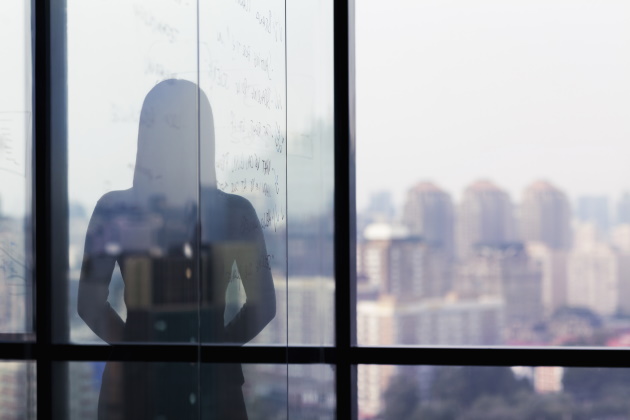 Working alone at home and no longer able to travel or socialize in groups has resulted in more people feeling alienated, isolated, and disconnected. But life must go on, work must continue, and people must get up every day and take care of their lives. While there are people who relish their solitary time and welcome the lack of interaction, this is hard for most people including me.

Most of us thrive in community, contribute fully and are more creative in collaborative settings. We like to feel part of something greater than ourselves.

One would think that during this time of COVID 19, work from home (if you still have a job), and unbelievably high unemployment that people who have the title of “leader” would make an extra effort to be kind and caring to their employees and other people with whom they come in contact.

While I’ve seen some amazing leaders who practice that kindness, caring and respect for others, there is another group of people who have the title of leader but whose actions are just the opposite. For them, they practice what I call “business ghosting.”

Ghosting is a common term in the dating world, where one person abruptly stops all form of communication without any explanation with someone they’ve been dating or interacting with regularly online. The person being ghosted is never told what happened. The “ghoster” just disappears.

It’s unfortunate that at this time when so many people are seeking, jobs, contracts, or new business connections there are those leaders that are not only not stepping up but are abdicating any responsibility for their words or actions.

1. Jerome, a network architect, was laid off for four months due to the pandemic. After following up on many referrals, submitting dozens of resumes, he finally got an interview. It went well and he had two more interviews with different leaders in the organization. During the third interview he heard words like, “when you work with us,” “how soon can you start,” “this is what you’ll need.” The last words he heard were, “We’ll call you next week to discuss arrangements.” He was ecstatic.

The week passed and he heard nothing. Two weeks passed and nothing. No one responded to his calls, emails or texts. He was ghosted. For whatever reason, no one had the consideration, respect or professional courtesy to let him know they had made another choice or just decided to leave the position open.

2. Sheryl owns a small business that provides sauces to the restaurant industry. She was excited when she got a call from a regional chain requesting a meeting to talk about placing an order. The general manager had tasted one of Sheryl’s sauces and said she was ready to buy. After negotiating, they agreed on a price and time of delivery. They just needed to sign the contract.

This was Sheryl’s biggest sale. She began to prepare to increase production. However, the general manager stopped taking her calls, emails, text. Like Jerome, Sheryl was ghosted. She was devastated.

3. Brianna is a diversity, equity and inclusion consultant. Three months ago, she was contacted by the VP of HR of a large nonprofit who said she needed a proposal within two days for a training the following Friday. The VP of HR confirmed that they were not considering any other consultants and that Brianna was the one. They agreed on the budgetand discussed logistics for the virtual program.

Brianna rearranged her schedule to deliver training. She spent several hours on the proposal which she submitted the following day. The VP of HR sent an email that they would finalize arrangements on Monday. Monday came, no call. Brianna tried all week to reach someone to no avail. Even after the expected date, Brianna continued to try to make contact. Nothing.

Finally, three months later she got a terse letter, “I was told to contact you. We decided not to do the training.” Like Sheryl and Jerome, Brianna was ghosted.

I asked Susan RoAne, internationally known author, speaker and leader on networking, business communication and protocol for her thoughts on leaders who ghost.

She said, “This behavior is not new. We’re just talking about it more. It’s despicable. When a so-called leader in an organization does this, they are saying they have no values, nor do they value other people’s time. The cornerstone of how we live our lives is respect and when people ghost they are showing their disrespect. All it takes is a simple phone call or even an email that they went with someone else, or they put the position on hold.”

Susan offered the following thoughts to leaders who ghost, “Stop going to leadership programs because you’re hopeless. Don’t think of yourself as someone of character if you don’t have the character to make a hard call.”

If you are a leader, then show that you care about your word, your work and other people. Think about the damage and impact you have on that job seeker, supplier or consultant. When you don’t respond because you don’t want to be uncomfortable, you’re keeping the job seeker from immediately looking for something else, that supplier from contacting another company or preventing that consultant from filling their schedule with another project.

In addition, people talk to other people in their business and to your potential customers. Do you want to be known for ghosting and mistreating others? Can you and your business afford that? The next great candidate may pass you by because they choose to work in an organization known for caring, empathy and respect.

It is hard to tell someone no, after saying yes, but it’s much worse to say nothing. Be a leader, think about the impact your actions have on others, and say no to cowardice. That’s good business.