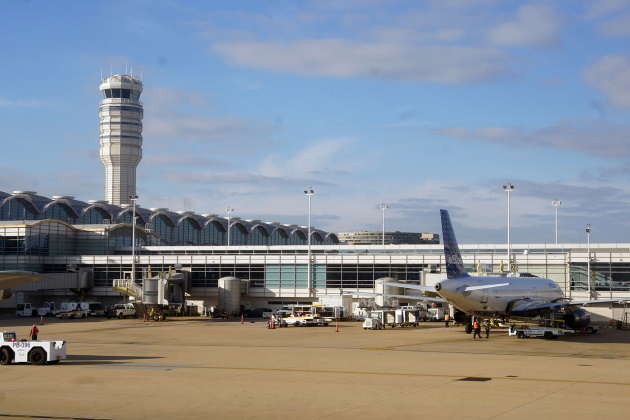 Washington Reagan National Airport’s so-called perimeter rule, limiting the range of where flights can depart to and originate from, is to be retained without change following a government review and discussions with key stakeholders.

What is the Perimeter Rule?

Washington Reagan National (DCA) is one of three airports serving the Washington, D.C., area, alongside Dulles and Baltimore/Washington International Thurgood Marshall Airport (BWI). Its location close to the downtown area, the Potomac River and government buildings such as the White House and United States Capitol give it a unique and somewhat restricted operation.

Always popular with business, leisure and government travelers, owing to its central location, DCA is heavily slot-controlled by the FAA, limiting the number of daily movements. Airlines must also use their slots at least 80% of the time or risk losing them.

It is also restricted, since 1966, by a rule limiting the distance over which flights can operate. This has effectively made DCA a short- and medium-haul airport, leaving longer distance and international flights (apart from nearer parts of Canada) to other airports.

Today, this limit is 1,250 miles — a range which covers the entire Northeast, Florida, eastern Canada, and much of the Midwest. This allows the intense schedule of shuttle flights to cities like Boston, Chicago, New York, Philadelphia and Atlanta, plus leisure destination, to be operated.

In order to satisfy demand for flights to other parts of the United States, a waiver is in place to allow 20 daily round-trips to a range of other cities, including Austin, Denver, Las Vegas, Los Angeles, Portland, Phoenix, Salt Lake City, San Francisco, Seattle, and San Juan.

A new study into Reagan’s perimeter rule has been conducted by the United States Government Accountability Office (GAO) and was published at the end of November.

The purpose of the study was to look the effect of the rule, implemented to help the new Dulles airport establish itself and attract airline services, as well as to reduce congestion at Reagan, on the airport, its neighbors, passengers and airlines. The rule has been amended on three previous occasions, in 2000, 2002 and 2012.

Key findings from the study included:

Following discussions with stakeholders, the decision was made to make no changes to the rule or beyond-perimeter flights at the present time.

Recommending no change may seem somewhat of an anticlimax. However, this decision reinforces the reasons for introducing it in the first place as still being relevant, and acts on the advice and opinions of others.

DCA has continued to grow, registering 23.2 million passengers in 2019, which is more than the larger Dulles, and second to BWI’s 26.8 million. It also registered more aircraft movements than any other Washington airport. This year is likely to be a different story for Washington’s airports given the impact of COVID-19, with a drop totaling 78% of flights and 92% of passengers over the previous year. But there’s no likelihood that the previous levels will not be achieved again as the industry recovers, and the report acknowledges that “airports—including Reagan National—may need additional terminal capacity to implement new social distancing practices in response to COVID-19.”