Urban farming in the US: Breaching the urban-rural divide 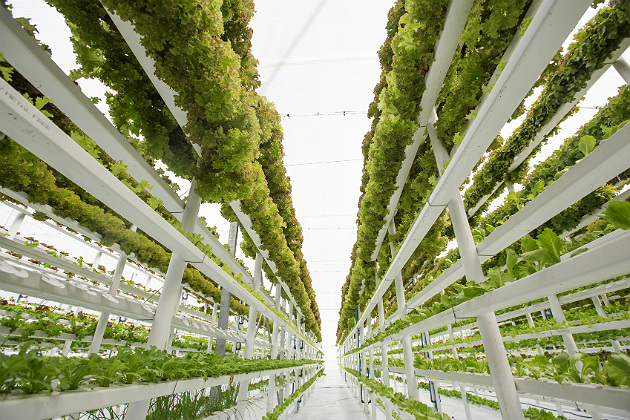 Farming is one of the oldest professions there is. But as society has urbanized, we have gradually lost our connection with the industry that puts food on our plates. One jarring survey in the U.K. found that nearly 1 in 10 elementary school children think that tomatoes grow under the ground.

In parallel with urbanization has come the severing of our relationship with the people and land that grows our food. But now we are hearing that a new urban revolution in food is apparently sweeping through our city centers… so, can urban farming change our relationship with food? And can it be part of our reimagining of urban land uses?

Cutting down the food miles

Politically, agriculture tends to be treated as a "rural" issue — remote from the concerns of urbanites and left for farmers to battle over, as long as the food arrives on our supermarket shelves safe and sound.

So why bother bringing food production back into our cities? Surely we don’t have enough space left as it is.

When our societies were far less urbanized than they are today, food growing was woven into communities — indeed, the extraordinary and complex way we have developed to eat and source our food is a relatively new phenomenon.

Well before the advent of the Brooklyn urban-homesteading-hipster, the first settlers in the U.S. were growing their own, as were abandoned inner-city neighborhoods in the 1960s. Globally, small farmers still control the largest share of the world’s agricultural land.

One of the major benefits of farming within the city is that it brings the grower much closer to where it is eaten, cutting down dramatically on food miles. It can act as green infrastructure — absorbing storm water, combatting the urban heat island and filtering the air — and has a key role in injecting fresh produce into the nation’s "food deserts."

Finally, urban farms can transform the fractured relationship between farm and city into something more symbiotic. At Chicago’s City Farm, growers make use of one resource that is all too plentiful in American cities — food waste — to enrich the poor urban soil for producing vegetables. The strategy harks right back to that used by market traders in 19th century Paris, where the mess left behind by the horses of the market traders would be used to nourish local urban gardens.

With a growing population, space within our cities is at a premium as never before. We also have more mouths to feed. But that doesn’t mean there is no fertile ground for growing.

The pressure on cities like Tokyo and New York have also been forcing agriculture onto rooftops.

But there are some obvious benefits to rooftop farms once you give it some thought. There are not quite so many rats on rooftops, and certainly fewer deer to nibble at your wares, even if dealing with high winds can take a bit of ingenuity.

In contrast, in some post-industrial cities like Detroit, urban agriculture has sprouted up in disused lots left over as the inner city was deserted as manufacturing declined. Indeed it was in such urban areas where the roots of the modern community gardening movement began in the 1970s.

The Michigan Urban Farming Initiative in Detroit has been described — only slightly wincingly — as one piece in the nation’s first urban "agrihood." Taking it up a level is the Hantz Group, who are controversially attempting to build the world’s largest urban farm, on land they snapped up in 2008 when land prices plummeted.

For many of us, our vision of urban farming is the rustic urban allotment or volunteer-led community garden. While those ventures are empowering and provide huge dividends in social capital and physical and mental health, urban farming is attracting the attention of commercial growers, too. They are trying to prove that urban farms can not only be environmentally beneficial but can turn a profit as well.

For many, this means embracing new technologies — and this is where we depart from the nostalgic vision of the urban homestead. Tokyo, one of the cities with famously intense pressures on land use, has been one of the cities experimenting with vertical urban farming — where crops are stacked up in warehouses and lit with UV lights.

Many of these crops use hydroponic technologies, which are a method of growing plants without soil. Instead of being embedded in the soil, nutrient-rich water or very moist air (known sometimes as “liquid soil”) is trickled or misted over their roots. New York-based Gotham Greens grow bok choy, basil and lettuce like this.

Others, including celebrated Milwaukee-based urban farm Growing Power have gone a step further by experimenting with aquaponic solutions — which throw fish into the mix.

NASA has been testing hydroponics out with a view to feeding colonies on the Moon. But, at the other end of the spectrum, hydroponics also made an appearance this year at the staunchly traditional Chelsea Flower Show in London.

Despite some teething problems (not least around energy use), the benefits of this "controlled-environment agriculture" (CEA) are considerable. The sun can always shine, and conditions can be controlled to an extent impossible on traditional farms.

As a consequence, the yields tend to be much higher and plants grow faster. The burden on water resources is also much lower compared to traditional methods and — handily for deindustrializing cities — the systems pack well into disused carpet factories.

We might recoil from this vision of vertically stacked lettuces, so distant is this futuristic image from the rural agricultural idyll we grew up with. But the precision that these technologies allow enable these growers to grow pesticide-free, which is more than can be said for most traditional farms.

Whether or not it makes you feel warm and fuzzy about the source of your food, we are likely to see a lot more of technologies like this.

Planning cities for a food revolution

Like many of the best ideas, urban farming is not a new idea but the revival of a tried and tested one. But despite the immediacy of the food crisis, one of the most exciting things about the supposed urban farming "revolution" are its co-benefits.

As advocates of "food sovereignty" tell us, the act of urban farming also answers a deep need in the modern world to take back control, and gardening has long been a reaction to periods of economic instability. The Victory Gardens encouraged during the Second World War are the most well-known example, and Cuba’s self-sufficiency experiment a more recent one.

Urban planners and city authorities have to lend a hand. Planners until recently have seen urban farms as too "low value" of an activity to afford urban space, but that is starting to change.

This might mean tweaking zoning laws to allow these uses to creep back into the city. In 2013, Detroit’s urban agriculture ordinance finally made the city’s hundreds of gardening plots legal, which is at least somewhere to start.