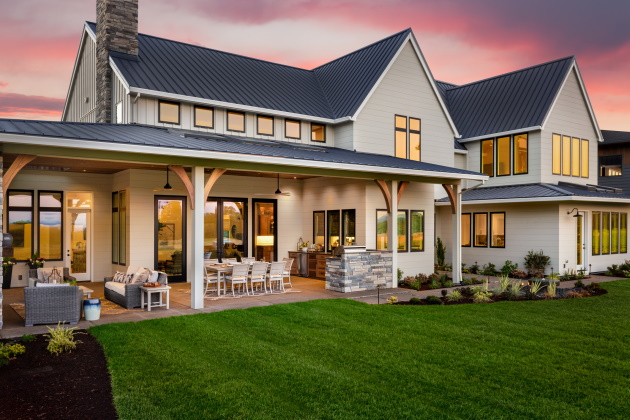 Not all the news about the coronavirus pandemic is bad news. After slowing to a crawl in April and May, sales of luxury single-family homes rebounded in late June and July as affluent urbanites fled from congested cities and the confines of their high-end condos to seek out safer, more open spaces.

In some more desirable areas, sales more than doubled or tripled over the same time last year. However, rising prices and shrinking inventories may bring the rally to an end in the coming months.

As with the housing market in general, low interest rates and a desire for bigger homes with private outdoor spaces spurred a flurry of luxury home buying during the summer months. According to online real estate broker Redfin, sales of homes in the top 5%, based on market value, began to recover toward the end of the three-month period ending July 31, falling just 6.2% after a record 22.6% decline during the three months ending June 30.

A recent article in Builder magazine reported on the sudden surge in demand for vacation and second homes that began to develop around mid-June. With areas of the country starting to open up again after several months of lock own, buyers looking for safer locales and more private space flocked to areas like southwest Florida, mid-Atlantic beach communities, and western resort areas in Arizona, Colorado and Utah in search of easy-to-access second or vacation homes. In just a few weeks, sellers saw activity increase two to three times over what it had been in the spring.

Along with vacation homes and second homes, reports Maison Global, big-ticket transactions are also driving sales of spacious single-family homes in major cities, such as Miami and the Los Angeles and New York metro areas. Notes reporter Virginia K. Smith, “Record-low interest rates; a record-high S&P 500; the appeal of stable assets in a volatile economy; and work-from-home and remote-learning policies have all combined to create a robust market for high-priced single-family properties that can serve as catch-all compounds, live-work spaces, and resorts as their well-off owners hunker down.”

For the August edition of the Luxury Market Report, the editors focused on five second home markets that have seen a significant increase in high net worth purchasing in the past few months: the Hamptons, the Palm Beaches, Coeur d’Alene, Lake Tahoe and the Hawaii Islands. They note in particular a trend of affluent buyers moving from urban areas to embrace “country-style” living. In the Hamptons, for example, their data show sales of luxury properties were up 50% from May to July.

This sudden and intense surge in demand naturally has caused prices to rise. Redfin reports that, having fallen by 1.7% in the spring, prices for single-family luxury homes at the end of July were up 1.2% from July 2019. The Institute for Luxury Home Marketing shows the median price of single-family luxury home grew by $22,500 from July to August.

At the same time, inventories of available properties for sale are declining in many desirable areas. The combination of higher prices and low inventory, along with colder weather, could cause demand to drop off in the fourth quarter.

For interior designers, the return of luxury home sales, particularly second and vacation homes, should bode well for future business. Even those that are new properties will likely need some modifications to ensure occupant health and safety and to make them suitable for remote working, fitness activities, and for hosting guests.