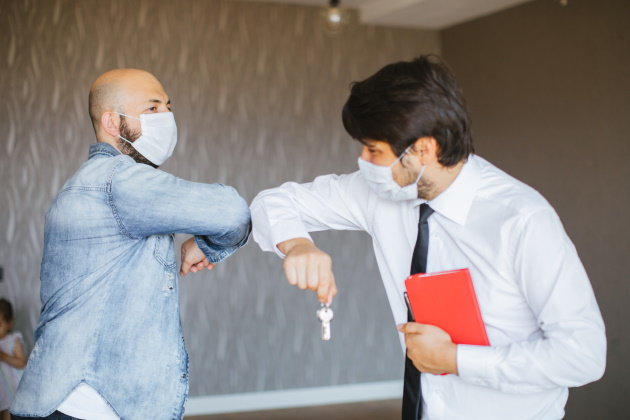 Back in the spring when the housing market plummeted practically overnight, no one expected that homes would be flying off the shelf in September. Although the boom in home sales that began last May has slowed in recent months, demand still far exceeds supply, with the majority of homes last month selling in less than 30 days.

For the most part, those homes are being bought by affluent homeowners who, no longer bound to their office commutes and urban lifestyles, are snapping up single-family suburban homes, vacation homes and luxury homes.

After easing off in August following red-hot activity in June and July, purchases of existing homes bounced back in September, rising 9.4%, for an annual increase of nearly 21%. Sales of single-family homes were up 9.7% for the month and nearly 22% year over year.

Historically low levels of homes for sale, down more than 19% from a year ago, combined with low mortgage rates and unusual demand at this time of year, have accelerated the buying process and caused prices to continue rising. More than 7 in 10 existing homes sold were on the market for less than 30 days, often only for several weeks, the fastest pace since 2006. The median price of all homes sold ($311,800) and of a single-family home ($316,200) was up only about $1,000 from August but was 15% higher than the same time last year.

The third quarter has been particularly good for vacation and luxury home sales. The National Association of Realtors (NAR) said sales in vacation destination counties were up 34% year over year in September. "The uncertainty about when the pandemic will end coupled with the ability to work from home appears to have boosted sales in summer resort regions,” noted NAR chief economist Lawrence Yun. Online real estate broker Redfin reported that luxury homes sales skyrocketed 41.5% in the period, at a median price of $862,700, with many buyers moving from large metro areas to more livable second-tier cities and suburbs where prices are cheaper and space is more ample.

Redfin found a similar pattern in its monthly report of home buying activity in the 87 metro areas that it tracks. Buyers are moving out of large cities like San Francisco and New York to nearby areas such as Tacoma and Portland on the west coast and Rochester and Buffalo on the east coast. The report states, “As companies continue to loosen their work-from-home policies, people are leaving expensive cities to work remotely from places with more affordable housing markets.”

Sales of new homes, which were robust in May, June and July then tapered off in August, dipped in September, down 3.5% from the previous month, but are up nearly 17% for the year and more than 32% higher than in September 2019. Robert Dietz, chief economist for the National Association of Home Builders (NAHB), attributed the decline to a gap between sales and the pace of construction that reached an all-time high in August.

However, completions jumped 15.3% in September, which should help to alleviate some of the shortage of available inventory. The Mortgage Bankers Association (MBA) stated that demand for newly built homes remains strong, with mortgage applications up more than 38% from a year ago.

Given that current conditions are not expected to change for the foreseeable future, experts anticipate that home sales will remain strong for the rest of this year and into the early part of next year. After that, once a vaccine is widely available, some of these trends could reverse. Meanwhile, the inequality in home ownership, which was already substantial before the onset of the pandemic, is getting worse. In the midst of a recovering economy, that could put a drag on the market for much of 2021.