Uninsured during a pandemic? A homegrown epidemic 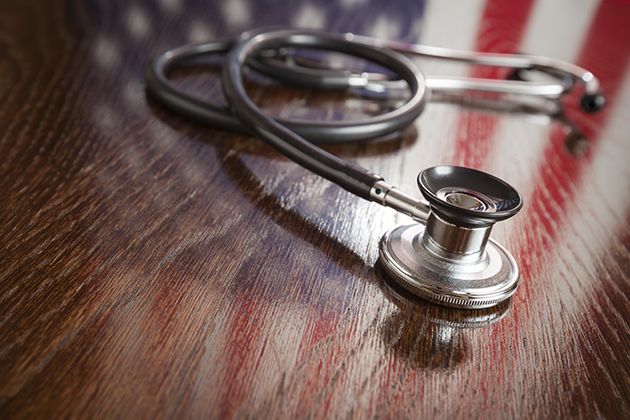 The tentacles of the COVID-19 pandemic have reached into every aspect of U.S. society. Jobs, the economy, healthcare, education, the military, social justice and racial inequities, families, communities, small business — no aspect of our lives has been left untouched.

As so many struggle to make ends meet and keep themselves and their loved ones afloat as best they can, we’ve learned that, as of early July, more than 5 million people have lost their health insurance since the pandemic-related recession began. How can we allow so many citizens to fall through the cracks when we face such an existential threat that makes us all vulnerable to critical illness?

Coming to a Boil

While Europeans and Canadians enjoy the security of knowing that their healthcare needs will always be met by their (admittedly imperfect) single-payer government-run healthcare systems, a plethora of Americans have always needed to fret that they are one catastrophic illness away from financial ruin.

Now, amidst the worst pandemic in a century, 5.4 million Americans have already joined the ranks of the uninsured, with an estimated 21 million unemployed in May. And in some of the Southern states currently hardest hit by COVID-19 after an apparent rush to reopen their economies despite surges in coronavirus cases and hospitalizations (e.g., Texas, Georgia, etc.), more than 20% of adults have been found to lack insurance. With single-day records being set in multiple states several times each week as of late, we may not need the help of an economist to draw the conclusion that many families are in hot water that may come to a boil all too soon.

Left in the Dark

According to the Kaiser Family Foundation, Medicaid expansion under the Affordable Care Act (ACA) was deemed optional for states by the Supreme Court. Currently, 13 states have not adopted the expansion, leaving many citizens in the dark. Kaiser states:

While millions of people have gained coverage through the expansion of Medicaid under the Affordable Care Act (ACA), state decisions not to implement the expansion leave many without an affordable coverage option. Under the ACA, Medicaid eligibility is extended to nearly all low-income individuals with incomes at or below 138 percent of poverty ($17,236 for an individual in 2019). This expansion fills in historical gaps in Medicaid eligibility for adults and was envisioned as the vehicle for extending insurance coverage to low-income individuals, with premium tax credits for Marketplace coverage serving as the vehicle for covering people with moderate incomes.

With so many adults uninsured and likely also out of work during a raging pandemic expected to worsen once flu season begins in earnest later this year, the 21st-century American free market and labyrinthine health insurance system is failing a large swath of citizens. And as many prepare to lose their $600 monthly federal unemployment benefits set to expire on July 31, all too many will be plunged further into poverty, debt, and the stress of being unable to pay for healthcare, make mortgage and rent payments, feed their families, and keep the lights on. Thus, being left in the dark may not prove to be a metaphor.

The threat being felt by myriad Americans is not a minor one. On one hand, we have a biological scourge in the form of a deadly virus that knows no borders or political affiliations, no matter who does or doesn’t choose to wear a mask and socially distance. We also have a homegrown epidemic of massive unemployment; millions joining the ranks of the uninsured; children missing school meals that their parents may not have the money to replace; and the stress of uncertainty hanging like a dark cloud over countless households.

This perfect storm of economic devastation superimposed over a deepening pandemic with flu season hot on its heels is a recipe for a disaster we should have seen coming, and many indeed did. As certain political voices seek again and again to dismantle the ACA without a plan to replace it, those same voices simultaneously rail against deficit spending for keeping American families afloat in the most ominous of times since the Great Depression. All this as federal legislators enjoy generous pensions and the best free lifelong health insurance in the country.

While 2008 was no picnic and many lost their homes and savings, the current situation of economic frailty combined with a virulent threat is beyond the pale. We can clearly see the storm swirling over our heads, but we can also see that another more violent storm is just looming over the horizon.

Who will create a bulwark against the rising tides and catastrophic winds threatening the very fabric of American community and family life as we know them? This can only come to pass if the political will can be mustered to do the right thing to assuage such avoidable suffering.

As the storm rages on, we can only hope that the voices of reason and compassion can overcome the lack of empathy and paralyzing ennui that keeps our nation from truly taking care of its own. Who will be allowed to drown and who will not? That is not a rhetorical question.