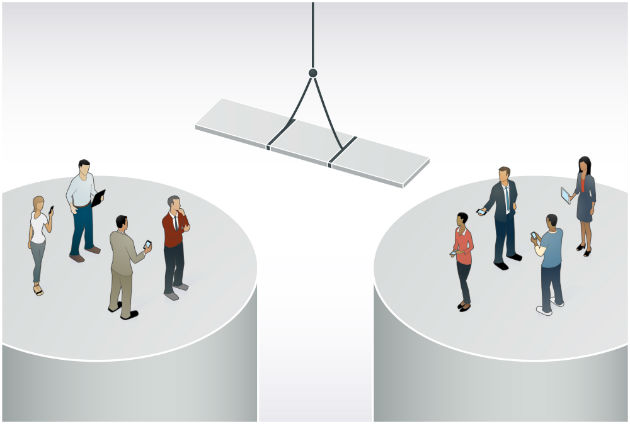 A senior leader at a high-tech company called and told me, "I just spent an enormous amount of money and resources for a training program about unconscious bias. It was well-received, and people are still talking about how much they liked it.

"However, nothing changed. The demographics stayed the same — people of color, women and LGBT people were still leaving at the same rate and getting hired by competitors. People are still working in silos, and I'm not seeing new collaboration."

He then asked, "What did we do wrong?"

I found out that he had never developed a diversity and inclusion vision and mission, nor did he have a strategy for culture change or expansion.

Unconscious bias training was all he had done. He had unreal expectations that if he had the "right training," it would result in the "right culture." Rather than thinking long term, and what it would take to create inclusion, he tried to take the easier, softer way.

Training alone is never enough unless it's tied into the business strategy and people know why they are taking it. Everyone (including me) wants to know "what's in it for me." If the "why" is not clear, people will be resentful. Even if they thought it was the greatest experience they ever had, they'll forget it in a few days. I would.

1. Start at the top to build a foundation, set the example and lead transformation or expansion. The CEO and other people on the executive team need to be the first ones to learn about unconscious bias and how it impacts their leadership behavior.

We have our clients take the Implicit Association Test (IAT) from Harvard to be aware of their own biases. They can choose to share or keep their results confidential. It's not about playing bias "gotcha."

Transformation begins at the top and doesn't stop!

But it only takes one biased employee to create havoc with your reputation.

Resist the urge to "attack" people who don't understand the importance or relevance. Take time to talk and enlist support of your team.

3. Involve and seek input from people who manage all levels of the recruiting process. They need to be aware of their unconscious bias in the whole hiring process — from where and how they recruit, how they write the job description, how they conduct the interview, and ways in which they develop rapport.

4. Context unconscious bias as an obstacle for productivity, innovation and achieving fast results. We've found that unconscious bias training is most effective, when every system and process is reviewed for bias potential.

For example, consciously or unconsciously giving more weight to candidates who went to certain schools, greeting candidates that seem similar to the interviewer with more warmth, unconsciously seeking reasons to eliminate someone from a different racial group, age, gender, sexual orientation and religion (when apparent).

Take every opportunity to relate the learning to your overall diversity and inclusion vision and mission.

Before you spend your next dollar on unconscious bias training, ask yourself if you just want people to have a good day and forget or not apply what they learn, or if you want ongoing change that will make you a benchmark organization and the employer of choice.