Tweaking your tweets for repeat 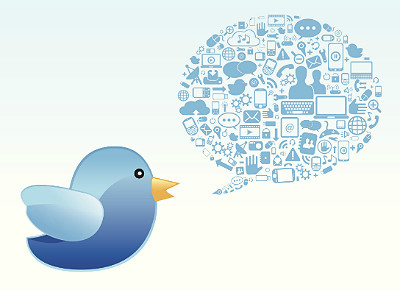 In the realm of social media, we're still learning how to best measure our business success. The medium is still new, so the best way to see how we're doing hasn't been fully established yet — but we are learning.

Each social media platform is different, so you need to measure its success in a different way. As far as Twitter goes, one of the best indicators of success is how many times your tweets are retweeted.

Retweets matter because they show how often your followers are engaging with your material. If a follower retweets you, it means they love your material enough to share it as their own.

We've got three types of tweets that you want to avoid because they're almost never retweeted, and a new, hot way to measure your business's best formula for retweets.

Facebook and Twitter are in the same realm, but they're different mediums. We all want to make our lives on social media as easy as possible. Use tools to manage the platforms; don't take shortcuts.

If you try to copy/paste your Facebook post onto Twitter, you won't be fooling anyone. Your social media posts need to appear shrouded in thoughtfulness. Instead, tweak one message for each medium. Switch up the wording, the hook and the formatting for Facebook vs. Twitter.

That being said, if you're posting on Twitter, you've simply got to have the hashtags. But, your hashtags should be classy. Tweets with more than two hashtags have a major drop in retweets. These hashtag-heavy tweets are simply overloading your audience.

Stick with one or two hashtags per tweet. Highlight the best of the best, not every subject kind of/sort of/almost related to your tweet. Hashtag simplicity will guarantee you're retweeted more.

When you're working with a mere 140 characters, every letter and punctuation mark matters. Retweeting success is dependent on your eye for detail.

A quick way to up your chance of getting retweeted is to add colons and periods. Twitter users like to see good grammar and spelling. Avoid question marks and semicolons in your tweets, too. Your followers want the answers to questions, not question marks.

Stick to the basics in your Twitter punctuation: Colons and periods are the way to go.

Lucky for you, Hubspot has recently released its Retweet Lab. The above tweets are surefire ways to not get retweeted, but the best way to determine what your followers love to see (and retweet) is to activate your Retweet Lab.

Hubspot's Retweet Lab grabs thousands of your old tweets and sees which tweets have the most engagement. The best part about the Retweet Lab is that the guess work is removed. The Retweet Lab will tell you the elements of your most popular tweets. Once you know the path to success, it's far easier to recreate and maintain Twitter success. Plus, if you try a new trick out on Twitter, you can see if it worked or not.

Garnering more engagement on Twitter and social media at large is easy — if you know the right tricks.