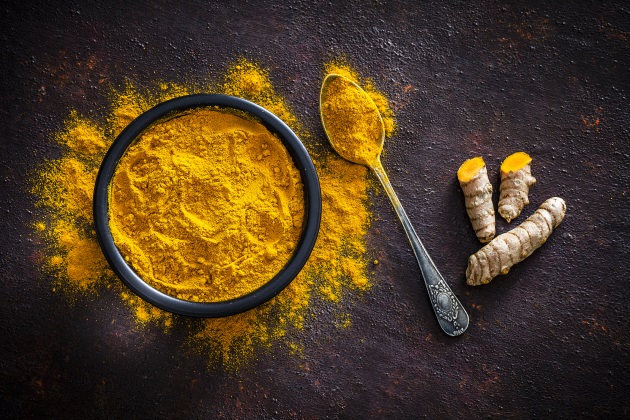 Turmeric is an Indian spice. Usually, we find it in curries and curry powder. Research, dating back to at least the 1980s, has noted the powerful effects of turmeric.

But why is turmeric good for you, and how much do you need to consume to get its benefits? Read on to find out.

Turmeric as an Anti-Cancer Superfood

Some foods have powerful preventative effects against cancer. Frequently referred to as "superfoods," these items include broccoli, kiwi, ginger, matcha, maca, alfalfa, and more.

Those with specific protective effects against cancer will typically work in one of three ways. They act as an antiproliferative, an antioxidant, or a carcinogen-blocker.

Turmeric performs all three functions! It's an antiproliferative, antioxidant, and carcinogen-blocker. The curcumin (the principal curcuminoid in turmeric) inhibits cancer proliferation and blocks cancer transformations at all stages. Turmeric can even stop a carcinogenic invasion and prevent damage to healthy cells.

Research Backs Turmeric as a Superfood Time and Time Again

In other words, you can enjoy the benefits of turmeric by eating as little as one-third teaspoon per day!

New research has only recently added support for turmeric as a superfood.

For example, in 2019, research published in the journal of Current Developments in Nutrition showed a connection between turmeric consumption and reduced mortality risk. The authors of the study followed participants for 11 years. They found that turmeric consumption was associated with significantly less mortality risk overall as well as significantly less risk for cardiovascular mortality. Black pepper or chili pepper and saffron consumption were also associated with a lower overall mortality risk. Saffron was also connected to lower risk for death caused by cardiovascular problems.

For some, turmeric may be an acquired taste. It's pungent — a little goes a long way. Fortunately, for those who don't care for the flavor of turmeric, there are a few palatable ways to consume it.

Try turmeric capsule supplements to avoid all turmeric taste. Otherwise, mix turmeric in smoothies, casseroles, curries, and matcha lattes to disguise some of its overpowering flavor.

A quick Google search for turmeric recipes generates thousands of hits. Play around with different ways to incorporate the spice until you find a few you like.

Consume turmeric with black pepper. Black pepper contains piperine, an alkaloid capable of enhancing the body's absorption of curcumin. For added relaxation, consume turmeric in a golden latte before bedtime.