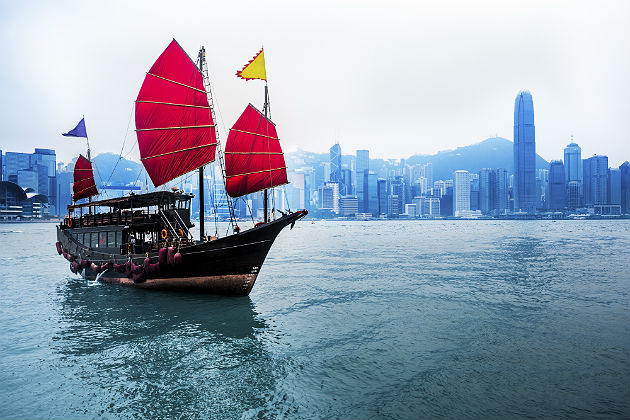 Hong Kong, a city with 7 million residents, sits near Shenzhen and its population of 44 million people.

Last week, the Chinese government announced a new restriction toward the residents of Shenzhen on their travels to their border city of Hong Kong. Under the new rules, Shenzhen residents are only allowed to make one trip per week to Hong Kong. Those residents holding a multiple-entry permit may still travel to Hong Kong as often as they want until the permit expires.

According to NPR, the new restriction is "designed to assuage Hong Kongers angry with mainlanders who buy up goods" and "reflects the central government's consideration for people's livelihood in Hong Kong."

What happened? Isn't tourism a good thing? Mostly likely, tourism can bring in many economic and social benefits to the host areas, but why would people in Hong Kong urge for new restrictions to limit the visits of Mainland Chinese?

Before answering these questions, let's step back and see how travel from Mainland China to Hong Kong has evolved over the years. Maybe the answers will reveal by themselves as we go over some critical incidents of the tourism industry in Hong Kong.

For the next few years, the Individual Visit Scheme appeared to effective and helpful. Tourist spending helped stimulate the economy in Hong Kong. Many positions supporting the tourism industry were created, and extra tax income was generated. Infrastructure and new leisure amenities were built, and so forth.

Things slowly turned around in 2006. On one hand, Mainland Chinese started to have more disposable income for travel. On the other hand, the Chinese Yuan appreciated substantially against Hong Kong dollars.

Mainland Chinese began to notice their purchasing power in Hong Kong, pushing more people to visit Hong Kong for shopping rather than pleasure — it is important to note that a tourist is defined as "a person who is traveling or visiting a place for pleasure," according to the online Oxford Dictionary.

In 2008, China's tainted baby formula scandal, among many other food safety scandals in Mainland China, probably became the last straw that turned most tourists from Mainland Chinese into "shoppers" or parallel good traders. Many Chinese were rushing to Hong Kong to stock up baby formula and other commodity goods.

It did not need to take long for the Hong Kong residents to begin complaining about the Mainland Chinese shoppers. Yet neither the Hong Kong government nor the Chinese government took an active role in solving the social and economic issues created by mass tourism.

To make things even worse, the Chinese government began issuing multiple-entry permits to the citizens in the City of Shenzhen starting in 2009, allowing them to visit Hong Kong as often as they want. Potentially, this new arrangement would allow 44 million people living in Shenzhen to visit Hong Kong (a city with only 7 million residents) multiple times a day for shopping.

Finally, last week, the Chinese government imposed the new restriction to the residents of Shenzhen traveling to Hong Kong, as introduced in the beginning of this article.

Now, do you see the positive and negative impact of tourism on a destination? As far as tourism development is concerned, what needs to be put into consideration?