Top 10 mistakes made on résumés 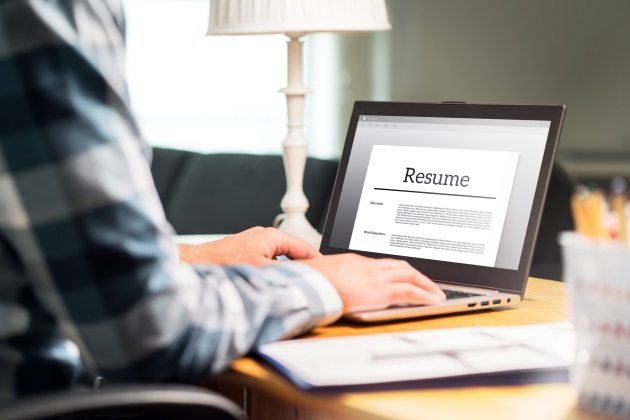 While résumés have evolved over the past decade, some of the same old mistakes keep popping up!

Class of 2021: here are 10 reasons why your résumé may be working against you.

1. The Résumé is Candidate-Focused, Not Employer-Focused.

The purpose of a résumé is to make it easy for an employer to determine if someone is the right candidate or not. An Applicant Tracking System (ATS) will reject it if it is not a high-percentage match to employer requirements, and employers will not try to guess how nonemployer-centric content might be applied to them. Employers should be able to easily see how you will be an asset to their organization.

2. The Résumé is Generic, Dull and Boring.

There is a reason the employer developed a job or posting description — to add enough unique keywords to make it easy to determine if a candidate’s stated skills and experience exactly matches a high percentage of the keywords. Anything less will be generic, dull and boring because it does nothing to indicate what an excellent employee the individual will be.

Lying on a résumé might trick an ATS, but it will never fool an employer during a background check. It likely won’t fool an experienced interviewer who is trained to see through mistruths, half-truths and exaggeration. Either way, anyone caught in a lie on a résumé will probably be flagged by the employer permanently as an “unhirable.”

“Experienced sales professional” says nothing; “Quadrupled territory sales over three-year period and posted highest gross profit in the company” actually tells them the person can sell, and do it profitably.

When the résumé gets to the stage of being reviewed by a person, the reviewer will disregard it if he or she cannot quickly and easily comprehend what is there. Inconsistent fonts, font size that is too small, sentences instead of bullet points, and too little white space can make a good candidate wind up on the reject pile.

Remove less important and non-relevant detail (e.g. high school education for a 42-year old with college degree). Tailor specifically to the position, which means that accomplishments not relevant to the position can be removed. Use bullet points rather than sentences, and numerals instead of the number spelled out. Two exceptions:

Phone numbers and email information are critical to enable the employer to contact you if interested. Employers typically don’t mail anything to candidates until the later stages of the selection process, so just city and state are a minimum for an address if you are uncomfortable listing a street address.

The email address must be a professional one: klsmith@gmail.com is professional while cutiepie9@hotmail.com is not. Include professional social media profiles such as LinkedIn (it may be hyperlinked for paper and PDF versions, but not for ATS versions).

A candidate’s gender, national origin, age, religion, color, mental or physical disabilities, familial status, and veteran status are among the information that should never appear on a résumé. Often this information must be redacted on a résumé, which mars the appearance of the document. Plus, one’s personal interests and personal data (including Social Security numbers) are not appropriate on a résumé.

Red flags are things about arésumé that don’t look right or raise unanswered questions about someone’s fitness for a position. It’s too late to answer red flag area in an interview as the presence of one or more red flags dramatically increases the chances that the candidate will be bypassed entirely. Top red flags include:

What additional résumé mistakes would you add to the list?

This article is taken from my book, “Get a Better Job Faster™,” now available on Amazon.com in two editions, one for college students and recent grads, and one for experienced professionals and skilled workers. Each edition explains more than 3,000 job search and career launch best practices.