To survive the future, business owners look to the past 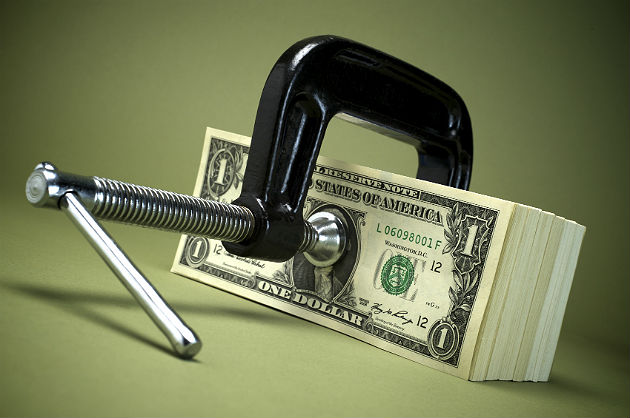 The current meltdown, Duke University economist Campbell Harvey says, will also be different from the 2008 recession in how the nation climbs out of it. It will not be a bailout that solves the coronavirus-induced downturn, but something more complex.

“I don't even call it a bailout. A bailout to me means you're bailing out somebody that's done a bad job. Whereas this is more like aid,” Harvey said. "In the Great Recession, the policy makers could summon the CEOs of the top 25 financial institutions into a room and literally hand out their bailout checks.”

“Whereas this recession, it's not really the financial institutions that are being hit, but (millions of) small and medium-sized businesses,” Harvey finished.

But even in a moment where the root causes of two economic meltdowns can look so different — one from a global pandemic and the other from the housing bubble — small businesses owners are still doing everything to connect the two. Store owners and businesses who were around in 2008 are drawing on lessons from the past to apply to the present, even if economists like Harvey are adamant the big picture will be nothing alike.

For people like Pam Weekes and Connie McDonald, two owners of a bakery in New York City, their strategy from 2008 is the only thing keeping their business alive. When the economy collapsed a decade ago, Weekes and McDonald vowed to keep their menu short and go all in on what they did well. They both call it “doing less and do it better.” It kept them around to see 2020, and now they want their mantra to help them stay afloat awhile longer.

“We never gave in to trends like cupcakes or Cronuts,” the store owners said. “So during this crisis we could easily react to our customers’ shifting behaviors.”

Since the virus, their company, Levian Bakery, has increased profits by 150%.

In other lines of work, where cash flow has been harder to come by, owners are preparing for the worst. Event planner Bronson van Wyck said that in 2008 it took two years for his company to see the market return to normal spending habits. He did not account for that the first time and it nearly killed his business. Now, he says, he is structing his books to pretend there will be no cash flow at all until December.

“What we hadn’t considered back then, however, was the sentiment around what we do,” Van Wyck said. “I thought our business would improve quickly once the markets stabilized, but it took two years for things to go back to normal.”

The individual lessons that have taken place around the country are usually business and industry specific. There is no one formula or secret lesson that is a solve-all. But it doesn’t mean these lessons are any less urgent.

“About half of small employers say they can survive for no more than two months, and about one-third believe they can remain operational for 3-6 months. Not surprisingly, many small business owners are anxious to access financial support through the new small business loan program to help alleviate some of the financial pressures building up,” the report says.