Threats on tap: Why America’s water woes are even worse than you thought 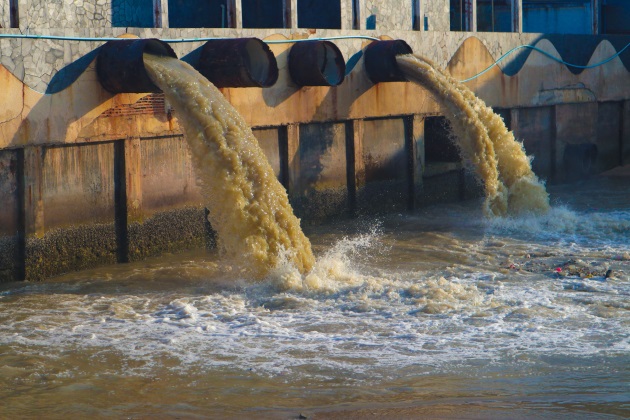 Tests carried out by the watchdog organization Environmental Working Group have uncovered these chemicals — originally developed in the creation of products like Teflon, Scotchguard, and firefighting foam — in tap water samples from 44 sites in 31 states. All but two sites of the 44 had PFAS well above levels that independent studies show pose risks to human health.

The nation’s drinking water problem, however, goes way beyond just PFAS contamination. There are three additional concerns affecting our most precious of resources.

With multibillion-dollar infrastructure projects promised by the current administration — and going nowhere — sewer system improvements have stalled in cities across the country. Making matters worse, the feds are bending to municipalities by rolling back regulations and/or previously mandated timetables for the completion of sewer upgrades. It is a classic case of kicking the can down the road — and local environmental and citizen groups are ramping up the pressure on government entities to take action.

“This trend is yet another example of the Trump administration’s deregulatory agenda threatening our natural resources and public health,” said Becky Hammer, deputy director for federal water policy at the Natural Resources Defense Council (NRDC). “If cities face genuine cost concerns, there are other methods to maintain affordability while still keeping sewage out of our lakes and rivers.”

In April 2014, Flint changed its water source from treated Detroit Water Department water (sourced from the Detroit River and Lake Huron) to the Flint River. Officials, however, failed to apply corrosion inhibitors to the water. As a result, lead from aging pipes leached into the water supply, introducing elevated levels of the toxic metal and exposing more than 100,000 residents — including nearly 12,000 children — to dangerous levels of lead.

That fateful water supply change also resulted in an outbreak of Legionnaire’s disease that killed 12 Flint residents and sickened another 87.

Metals play an important role in the human body, regulating gene expression, maintaining cell structure, antioxidant response and neurotransmission to name a few examples. However, excessive metal accumulation in the brain and nervous system can be toxic, sometimes leading to severe neurological diseases including autism spectrum disorders, Alzheimer’s, Parkinson’s, multiple sclerosis and others.

Environmentalists claim that the Environmental Protection Agency’s (EPA) current rules addressing toxic metals are woefully inadequate and that formal complaints about contaminated water sources have resulted in fewer than 30% of violations being enforced.

On Jan. 23, the administration finalized its Navigable Waters Protection Rule that substantially alters previous protections. The amended rule eliminates 18% of the streams and 51% of the nation’s wetlands from federal protection. Court challenges are already underway.

In his 2019 book “Troubled Water: What’s Wrong With What We Drink,” author and activist Seth Siegel hopes to spark an awakening to the problem and with it a public demand for better quality drinking water.

Siegel contends that the crisis in Flint was part of a much larger problem: widespread acceptance of dangerous contaminants in much of the nation’s drinking water.

“Among other problems,” he writes, “these contaminants have been shown to cause cancer and cardiovascular disease, lead to hormonal disruptions linked to long-term health problems, harm children’s brain development and possibly trigger changes in our DNA that could later affect a child or grandchild.”

While his descriptions of drinking water disasters nationwide are chilling, Siegel is optimistic that potential solutions are at hand.

One of his recommendations is to effectively consolidate the country’s sprawling network of 51,500 water utilities, many of which are problematic and underfunded. Siegel also stresses the need for government agencies, at the federal, state and local levels, to put more emphasis on public health when regulating utilities and water resources. “This is a problem that’s completely fixable using existing technology at an affordable price,” he concludes.

Until the fixes come, Siegel suggests that people buy a faucet filter for their home — or use a filtered pitcher designed to remove contaminants found in their tap water. Using bottled water is another option, but Siegel warns that the industry is too lightly regulated to guarantee the purity and quality of all bottled waters on the market. Concerned consumers can request a water analysis from their bottled water provider to help ensure that contaminants have been removed.