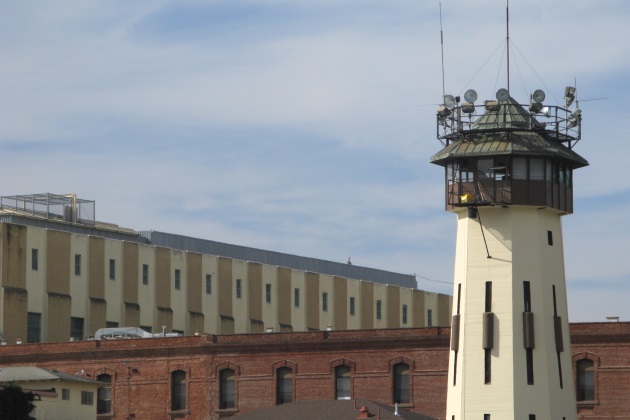 In 1993, 12-year-old Polly Klaas was kidnapped from a Petaluma, California, slumber party and murdered by a man who had a criminal record; he eventually received a death sentence for the crime in 1996 and is still alive on death row. This case coincided with the crime and punishment fervor of the 1990s, and Klaas’ death was used as ideological backing for the controversial three strikes law passed in 1994.

California’s three strikes law became the harshest of its kind in the U.S. The state included many nonviolent crimes in its application, and these convictions are now the subject of immense debate and revision.

Have people served too much time for petty offenses? Are they the very population who could be released with less recidivism, thus addressing overcrowding and the widespread demand for other reforms?

The three strikes law’s essence was “to require a defendant convicted of any new felony, having suffered one prior conviction of a serious felony to be sentenced to state prison for twice the term otherwise provided for the crime. If the defendant was convicted of any felony with two or more prior strikes, the law mandated a state prison term of at least 25 years to life.”

It was sold to a then-buying public as the correct response to crime recidivism, as those who had previous criminal records were slated to receive lengthier sentences.

Two problems. The first is that it remained questionable if the law really was a violent crime deterrent. Second, the state had many cases where the third strike was a lesser, petty, non-violent offense. As early as 1995, The New York Times covered a California three strikes case with the headline: “25 Years for a Slice of Pizza.”

The three strikes law created more prison overcrowding. This overcrowding led the federal government to take control of prison healthcare services in 2005 by appointing a Receiver. Protracted legal battles around prison overcrowding resulted in a 2010 order for California to reduce its prison numbers.

As the California voting public became more aware of the downside of three strikes provisions, a series of propositions — 36, 47, and 57 — were passed to amend three strikes.

Prop 57, the Public Safety and Rehabilitation Act, was approved in 2016 by almost 65 percent of voters. According to the California Department of Corrections and Rehabilitation, Prop 57: “...incentivizes inmates to take responsibility for their own rehabilitation with credit-earning opportunities for sustained good behavior, as well as in-prison program and activities participation.” It speeds us non-violent offenders’ parole considerations if they “have served the full-term of the sentence for their primary offense and who demonstrate that their release to the community would not pose an unreasonable risk of violence to the community.”

After decades of three strikes reform efforts, and recent efforts in court to block inmate releases under the newly adopted, voter-approved law, it appears we will finally see concrete releases from the extensive legal wrangling. Gov. Jerry Brown has recently stated he will not seek an appeal in a recent ruling upholding Proposition 57.

In fact, up to 4,000 California nonviolent third strikers inmates may be up for earlier parole after undergoing “rigorous public safety screenings” and the usual parole board hearings.

This shift surprised reformers of the state’s three strikes law. One of the urgent issues was that accused black or mentally ill individuals disproportionately represented three strikers.

Of the 10,000 three-strikers serving life sentences, almost half were black. This earned the law the solid reputation as a major contributor to the state’s economic demographics, as nonwhite people began to face and spend more time behind bars.

Academic researchers and grassroots advocacy groups have been instrumental in this recent change. The Stanford Law School’s Three Strikes & Justice Advocacy Project’s director and founder Michael Romano reports surprise by this recent turn of events. He states Governor Brown’s decision not to appeal is a “a big deal, a huge deal.”

As Brown terms out after this year, the state will be terming in new release rules by January. For many, it’s the least the state can do given the impact.

In California, people under 21 can serve harsh sentences, do their time in violent supermax prisons, and get out knowing they have two strikes. In 1997, California even changed the rules. The state Supreme Court ruled that “when a juvenile 16 years old or older commits a serious crime, it can count towards the three strikes allotted before a sentence for life in prison.”

Upon release, many couldn’t qualify for college loans because they had drug offenses. Others may not be hired for a job because they have felony convictions. Three strikes didn’t just dole out sentences, but it produced a hyper-punitive, arguably deplorable, corrections culture that entrapped a large demographic of people.