The unique nutrient requirements of cats 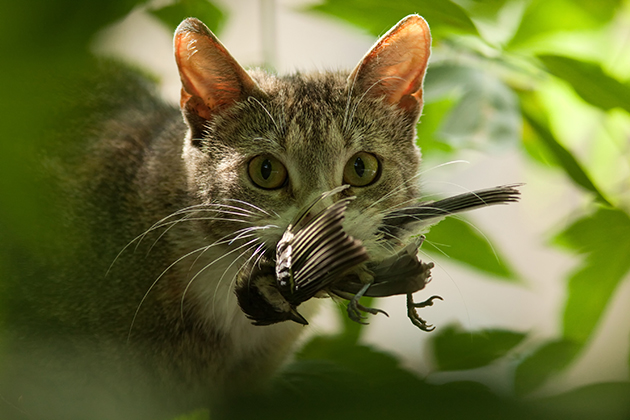 It's no secret that people love their cats. Today, cats are considered the world's most popular pet. In 2016, the American Pet Products Association (APPA) National Pet Owner Survey estimated 94.2 million cats and 89.7 million dogs in the United States.

However, when compared to dogs, cats have unique nutritional and dietary requirements that require special attention. These requirements stem from the cat's evolution from its strictly carnivorous ancestors and the nutrients supplied to them through the consumption of animal tissue.

Today, the average house cat lives a much more sedentary lifestyle and can thrive on a variety of diet types. But when it comes to formulating diets for cats, special attention needs to be paid to a few key nutrients that must be included in sufficient amounts to maintain optimal health. The unique nutritional requirements of cats are related to their requirements for protein, taurine, arginine, vitamin A, vitamin D, niacin and arachidonic acid.

From a nutrient perspective, cats do not necessarily require an ultra-high protein diet, but they do have higher requirements for amino acids from dietary protein than dogs. Amino acids are the building blocks of protein, and certain amino acids can be produced by the animal (i.e. nonessential amino acids), while others can only be obtained from the diet (i.e. essential amino acids).

Research has shown that cats are sensitive to diets lacking arginine. A diet deficient in arginine has been shown to rapidly result in severe clinical symptoms in cats due to increased levels of blood ammonia.

Arginine is necessary for the detoxification of ammonia by converting it to urea for excretion in the urine. During a deficiency of dietary arginine, ammonia builds up and results in ammonia toxicity within the cat. Cats are unable to synthesize the precursors ornithine and citrulline, both needed for the production of arginine.

However, arginine is abundantly available in animal protein, and cats have evolved to be reliant on it from a dietary source.

Similar to arginine, taurine is an amino acid that is readily found in meat protein. Dogs and other mammals are able to produce taurine through the oxidation of sulphur amino acids, cysteine and methionine. For cats, the enzymes necessary for these pathways have low activity levels, and as such, cats are limited in their production of taurine.

Dietary taurine is necessary in the diet for cardiovascular health, bile formation, retinal health, as well as proper growth and development in kittens. Symptoms of taurine deficiency include retinal degeneration and/or an enlarged heart, also known as dilated cardiomyopathy.

Vitamin D is a fat-soluble vitamin necessary for bone health and development. Humans can produce vitamin D from exposure to sunlight or obtain the vitamin through food sources. Cats, however, are unable to synthesize vitamin D and depend solely on dietary sources.

A study investigating the exposure of both hairless and nonhairless kittens to direct sunlight demonstrated this lack of endogenous production. When the kittens were placed on a diet deficient in vitamin D they showed the same rate of vitamin D decline as kittens receiving the same diet but housed indoors.

Research has since concluded that cats' skin has a low concentration of the precursor 7-dehydrocholesterol, necessary for the synthesis of vitamin D. Additionally, synthesis is prevented by the high activity of the enzyme responsible for breaking down this precursor substrate and converting it into cholesterol.

Historically, cats obtained their vitamin D from the liver of prey, such as birds and rodents. Commercial cat diets are typically supplemented with vitamin D to ensure adequate intake.

Just like vitamin D, vitamin A is also a fat-soluble vitamin. Vitamin A is necessary for maintaining normal vision, immune function, as well as growth and development. As vitamin A is naturally abundant in animal tissue, cats have not evolved to synthesize vitamin A in the same way as herbivores and omnivores.

Plants produce β-carotene, a precursor for the synthesis of vitamin A by the body. Unlike omnivores and herbivores, cats appear to lack the enzyme necessary to convert β-carotene into retinal. It is assumed that cats have not evolved to synthesize vitamin A as meat proteins are low in carotenoids and the liver of prey is rich in vitamin A, so the conversion pathway would not be considered metabolically necessary or beneficial in terms of energy efficiency.

Niacin is a water-soluble vitamin that is essential for energy metabolism. Cats possess all the necessary enzymes and pathways for the production of niacin from the amino acid tryptophan.

Tryptophan can be metabolized to produce acetyl coenzyme A (acetyl CoA) and carbon dioxide or nicotinamide adenine dinucleotide (NAD; the active form of niacin). In cats, the enzyme responsible for catalyzing the conversion of tryptophan to acetyl CoA and carbon dioxide has a high activity, so niacin is broken down faster than it is produced.

However, cats are well supplied with niacin from the NAD and NADP found in abundant concentrations in animal tissues. On average, cats require about 2.4 times the amount of niacin than dogs.

Cats cannot make arachidonic acid and require a dietary source of the omega-6 fatty acid, especially during the demanding life stages of growth, gestation and lactation.

Arachidonic acid is found in abundant supply in animal tissues, especially organs. It is not present in plants, however omnivores and herbivores are able to synthesize arachidonic acid from linoleic acid, another type of omega-6 fatty acid. Arachidonic acid is a necessary component of cell membranes, and plays roles in cell signaling and inflammation.

It is evident that the unique dietary requirements of cats stem from their evolution as a strict carnivore. Cats are unable to obtain all necessary nutrients from plant products alone without appropriate supplementation, and therefore diets that contain animal tissue are able to more easily meet their requirements for taurine, arginine, vitamin A, vitamin D, niacin and arachidonic acid.

Alexandra Rankovic is a Master of Science candidate in Clinical Studies at the Ontario Veterinary College. In 2016, she graduated from the University of Guelph with an honour's bachelor of science in animal biology, with a minor in nutritional and nutraceutical sciences. Her research focuses on the glycemic index, and the effect of carbohydrates on health in dogs. Alexandra has experience working with several pet food companies, including Royal Canin and Petcurean Pet Nutrition.