The thrill behind the wheel: A lifelong inventory of automotive ownership 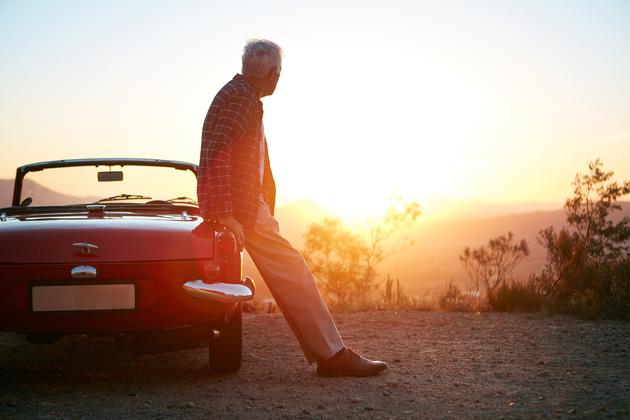 I’ve celebrated more than 60 years of existence thus far, and during this time my taste in vehicles has changed considerably. The first car that really moved me – and ultimately jumpstarted my interest in fine automobiles – was a certain 1972 Porsche 911. When I was 12, my father's boss would drop by on occasion with his black-over-orange Targa to give my dad a lift to work.

But I grew up in the sixties and seventies when muscle cars roamed my neighborhood like rolling thunder. On my block alone, there was enough hardware to keep my imagination active through high school graduation. Most of them belonged to the older kids – the guys I looked up to and envied. They were the brothers (and sister in one case) of the friends with whom I hung out.

The inventory was vast and vivid. Assuming you're interested, it included a midnight blue 1970 Chevelle SS, a 1970 Firebird Trans AM in a similar color, a hugger orange 1969 Camaro SS, a black 1968 Mustang, an orange 1973 Barracuda and another Camaro – a yellow 1973 Z28 with black racing stripes. And that was just the machinery I could see (and hear) from the family driveway.

My first investment was a broken-down 1965 Mustang. I was schooled on this car – got it running and applied literally pounds of Bondo on the body panels. I paid my buddy's brother fifty bucks to paint it. The finished product wasn't perfect, but my father let me drive it to high school my senior year. And that meant as much to me as graduation.

That Mustang, a 1970 Torino GT and a 1974 Camaro were the only vehicles I owned that I could ever claim as muscle cars, and they all pushed the definition for one reason or another. But the oil embargo of the early seventies jacked the cost of vehicle ownership, and the trickle-down effect became apparent as sports cars infiltrated the neighborhood.

My friends and I were not as fortunate as our older siblings in that we hadn't established ourselves in the world. But we were a resourceful bunch nonetheless. This collection featured a '70 MGB, a '73 Fiat X19, a '66 Austin Healey Sprite and a '69 Fiat Spider. All were in sorry condition when they were purchased, but every one of them became roadworthy – at least for a while.

As my friends and I departed for college and moved on into the world, we carried our automotive palates with us. Almost overnight, the sports cars disappeared as Japanese manufacturers presented more affordable alternatives. Toyota, Honda and Datsun (Nissan) arrived by the hundreds of thousands – and their presence never declined.

Domestic car manufacturers struggled to provide efficient and reliable alternatives, so compact foreign imports dominated. And they outperformed their American counterparts in nearly all categories – most notably, quality. No one I knew then or now considered the Ford Pinto, Chevy Vega or AMC Gremlin as worthwhile contenders.

This persisted into the nineties, and Detroit stopped competing with their rivals. Instead they developed partnerships and mergers, marketing their cars with domestic emblems. For better or worse, this became the framework of a new industry blueprint – vehicles cooperatively built and distributed in various configurations all around the world.

As we entered the third millennium, I briefly returned to the American market with the somewhat reluctant purchase of a minivan – something the U.S. manufacturers actually produced quite well. But by this time, I'd also paid off my college debt and had started a new job. The change of circumstances permitted the addition of a serious sports sedan: a 2003 BMW 325xi.

This was a game-changer for me. The design was classically striking; the drivetrain remarkably strong and durable. It was also our first dip into the all-wheel-drive pool. The doors closed with a CHUNK and the overall quality was faultless. I flogged it around a parking lot with a terrified salesman onboard and realized in that moment this was what driving was meant to be.

The 325xi was acquired on a lease, so three years and 30,000 miles later we walked away from the financial commitment. I was now driving upwards of 20,000 miles a year, so this type of financing no longer made sense for us. Two Hyundai Sonata sedans followed – actually very comfortable and affordable cars, but I felt like I was captaining my grandfather's Buick.

They also bored me out of my mind. I couldn't detect an intrinsic connection to the road. The Sonata floated like a snorkeler in a Caribbean lagoon. There was no discernable difference between driving and watching TV on my sofa. Not saying that I held a grudge against Hyundai. The Sonata had been designed and built to compete with other highway cruisers.

Thankfully, this didn't last very long. When real estate and the economy tanked in 2008, car manufacturers dropped prices and raised incentives for their products. And the brand that sparked my interest in exceptional cars in the first place, finally found its way into my garage. I flipped the second Sonata on my first Porsche – a 2009 Cayman – and started taking the train to work.

The Cayman was the first car that kept me from looking for my next one. I made some minor modifications, but it was basically stock and it remained that way. Well past the warranty, I felt like I was gambling with the inevitable. So, with 75,000 miles on the odometer, I traded it on a Porsche Macan. And then back to another Cayman two years later.

The pandemic triggered a realization I'd known was coming anyway. I am now inching toward retirement and as much fun as these cars have been, I wanted a certain amount of sensibility without losing the essence of driving altogether. Porsche doesn't produce an affordable sports sedan, so with some trepidation I dealt my 718 (and our Honda HRV) on a 2021 BMW M440i.

The M440i is the younger cousin of the M4, but is certainly no slouch. Technically a coupe, it is genuinely fun – 382hp and ridiculously powerful. It's as comfortable cruising on the interstate as it is slicing up a country road. My wife loved it so much she ordered a BMW 330e. It's a plugin hybrid that subsidizes the planet, and provides her a sporty sedan simultaneously.

These two recent purchases are numbers 30 and 31 in my lifelong inventory of automotive ownership. So, you can see my taste in vehicles has been all over the proverbial map. I liked muscle cars for their brutish authority, and sports cars for the amazing grip and power to weight ratio. Porsche expertly combined these features, and BMW refined them in their sedans and SUVs.

Funny thing is, I've enjoyed driving every one of them – even the minivan. They all bring something to the table, whatever their area of proficiency. Some were admittedly utilitarian, and a few were well beyond that. But all were acquired to satisfy the needs of my family at a point in time. And those requirements continuously changed.

But although my contentment, perspective and interests have fluctuated over these many years, there has always been a common thread – a bond that tied together all of my 31 acquisitions. It was the fundamental thrill of getting behind the wheel and pointing it down the road for the next adventure. That aspect won't change no matter what resides in my garage.