The theory of language: ESL and phonetics 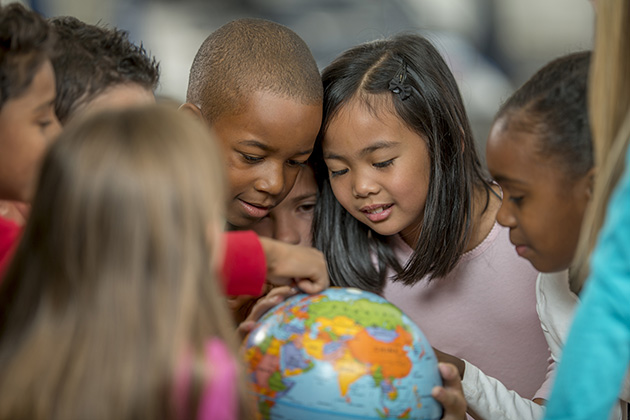 Language is what makes us human, and it's something no other creature has. As I wrote in my previous article, ESL instructors need to understand how languages work to be better able to serve the student population.

Understanding phonetics will help ESL instructors, especially those who are teaching speaking skills. Consider the following:

In this article, we will look at how the sounds of language are described by linguists. We will examine distinctive features such as stress, intonation, pitch and voicedness. We will look at phonetic characteristics how to apply this information to ESOL teaching.

According to an ERIC Digest report, phonetics is "the study of the sounds of language and their physical properties. Phonetics describes how speech sounds are produced by the vocal apparatus (the lungs, vocal cords, tongue, teeth, etc.) and provides a framework for their classification."

Analyzing differences between L1 and L2 phonetics will help teachers as they teach pronunciation.

"Phonology involves analyzing how sounds function in a given language or dialect," according to the ERIC Digest report. "For example, /p/ has two possible sounds in English depending on its position in a word. When /p/ occurs at the beginning of the word, there is a puff of air produced as in the word, 'pin.' When /p/ occurs in the middle of the word the puff of air does not happen as in the word 'spin.' Native speakers may not be aware of the small difference because it does not make a change in meaning."

The voiced/voiceless contrast is often written by linguists as +voice/-voice. This contrast in sound affects meaning as in the pair bin/pin or fine/vine. When meaning is affected, the change is called phonemic.

Linguists say that in the two words, fine and vine the contrast is {f}} (+voice contrasting with {v} (-voice). In the case of bin and pin, the sound {b} (+voice) contrasts with {p} (-voice).

Sound differences can change meaning, but not always.

If the difference is nonphonemic and does not change the meaning, the pairs are called allophones. For example, in English /d/ and / d / (voiced th) are phonemic; they distinguish meaning as in the minimal pairs den and then.

In Spanish, however, there are no minimal pairs with these sounds, which are allophones in Spanish. So Spanish speakers may spell some English words with d rather than th, writing dat for that, for example (Freeman &Freeman, 2004).

Here is more about minimal pairs:

Thus, the difference between [ph] and [p] in English is nonphonemic; the two sounds realize, or belong to, the same phoneme, namely /p/. In several other languages — e.g., Hindi — the contrast between such sounds as [ph] and [p] is phonemic, however.

English spelling may be confusing to L2 learners. The following words use different letters to represent a single sound:

A combination of letters can represent one sound:

Plurals: We say add "s" to form a plural. But spelling does not reflect the pronunciation:

This is another example of assimilation where a sound will change to become more like a neighboring sound.

Finally, we will look at the following intonation phonemes of English: stress, juncture, and pitch. These are the melodies of language.

(1) Stress: In the following word, the stressed syllable is underlined:

ESOL learners may put the stress on the wrong syllable.

(2) Juncture: Juncture refers to breaks or pauses in speech that indicate words or other grammatical units.

Phonetic boundaries used to demarcate words or other grammatical units are known as junctures. There are several phrases in English that are distinguishable in this way: “that stuff”/ that’s tough; “an aim”/ “a name." In the first case, for example, the {s} of “stuff” is stronger, and the {t} of tough is aspirated.

Juncture is phonemic, that is it changes the meaning as in the following example: "I scream" and "ice cream."

(3) Pitch: In some languages, a change in pitch signifies a different word as in the Nupe (a language spoken in Nigeria) word “ba” If said with a high pitch it means “to be sour”; if said with a low pitch, it means "to count." In English, a rising pitch signals a question as in "John is coming?"

(4) Assimilation: Assimilation means a sound changes to become similar to a neighboring sound. For example, “stopped” sounds like “stopt” because the “ed” ending changes its sound to /t/ ; the reason is that /p/ is not voiced so the plural ending changes to (-voice). The same rule holds true for walk-walked /walkt/ because /k/ is unvoiced. The voiced counterpart is /g/ so beg+ past (begged) sounds like /begd/.

Here is another example. The prefix “in/im” meaning “not” varies according to the neighboring sounds. Linguists use a “phonemic” form, /m-/to represent the prefix in the deep structure:

Word pronunciation of the prefix /m-/

Here, one sound changes to become more like the neighboring sounds. A second kind of assimilation inserts a phoneme between two dissimilar sounds to act as a bridge (called “epenthesis” by linguists). Consider the following (verb/noun):

The final sound of each of the base form verbs is the “m” sound. The suffix “tion” begins with the “sh” sound. The phoneme {p} is inserted because it has the qualities of both {m} and “sh” {s]. It is bilabial using the lips like {m} and unvoiced like the “sh."

A sound may be deleted as well. Note the pronunciation of the following words (word/phonetic transcription):

In the word, cupboard, the two sounds {p} and {b} are similar in all features except voice, so the sound {p} is deleted.

Also the alveolars {n} and {d} share features for point of articulation and +voice, hence the pronunciation of “candidate” and “friendship” above.