The stress of 911 call-takers and emergency dispatchers 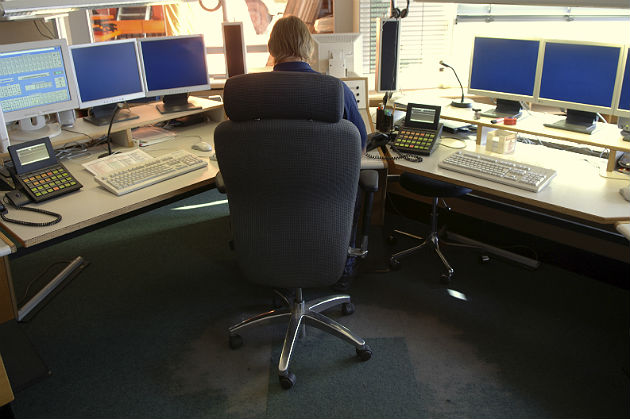 In 1967, President Lyndon Johnson's Commission on Law Enforcement and Administration of Justice recommended that police departments have a single number for the public to call when they need police services. In 1968, Haleyville, Alabama, became the first city in the United States to start using the 911 system.

Over the next several years, the 911 emergency phone system rolled out across the United States with a campaign to educate the public to dial "9-1-1" to report an emergency. Today, the modern 911 call center is staffed 24 hours a day, 365 days a year with police/fire dispatchers and 911 call-takers. These dedicated professionals are the lifeline for police and fire personnel dispatched to emergencies.

When the public calls 911 to report an emergency, the 911 call-taker answers the phone using the Computer Aided Dispatch (CAD) system. The 911 call-takers are able to view the incoming call address or nearest cross streets if using a cellphone.

The call-taker then codes the incoming call for dispatchers, sending it to the computer screens of police/fire dispatchers. The emergency dispatcher then determines which emergency units to send based on the information received from the 911 call-taker.

Working in a 911 call center is stressful. Hundreds of emergency calls are received during each shift, and it all starts with the 911 call-taker answering the phone with the standard "911 emergency, do you need police or fire?"

When citizens call 911, they are often panicking because they are in an emergency and need police or fire service immediately. The 911 call-taker is trained to stay calm and speak in a clear tone, get the address and nature of the call, and make an immediate decision so he/she can electronically code the call in the CAD system for dispatch.

The stress can be overwhelming at times:

The 911 call-takers and emergency dispatchers deal with people in crisis, and they are hysterical when they dial 911 for help. It takes a mature calming voice on the other end of the line to reassure and start help on the way.

The pace is nonstop, and seldom is there a break in the action before the next 911 call comes into the center, and the process repeats itself. The stress can be overwhelming, even for the most seasoned and resilient call-taker and emergency dispatcher.

In 2012, professors Heather Pierce and Michelle Lilly from Northern Illinois University completed a study and published their work to the Journal of Traumatic Stress. The title of their research article is "Duty-related trauma exposure in 911 telecommunicators: Considering the risk for post-traumatic stress."

This does not indicate that those working in 911 centers are going to develop PTSD. It only means they are in a higher risk category and to ensure that stress management programs are available along with professional mental healthcare access.

Local and state governments have a responsibility to make sure that they have professional mental healthcare providers available to serve not only the police officers, firefighters and paramedics, but also for the 911 call-takers and emergency dispatchers. Without them, no emergency lifeline would be possible for citizens or first responders.