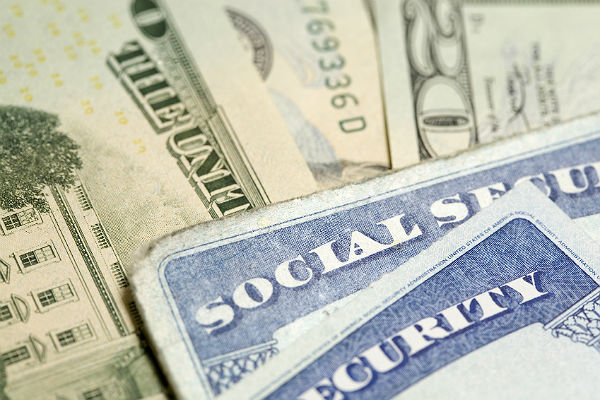 If you are one of the nine out of 10 individuals age 65 and older receiving monthly Social Security benefits — you are probably a bit ticked off at the paltry 1.3% increase in your monthly remittance for 2021.

You and roughly 65 million other Social Security recipients have good reason to be irked at this puny perk from Uncle Sam. Some have called it the “Social Security shell game.”

According to The Senior Citizens League, the sleight of hand behind it is a formula for calculating the Cost of Living Adjustment (COLA) that has robbed seniors of 33% of their buying power since 2010.

Since then, annual COLA increases have averaged a meager 1.375%. That means the average recipient has received a COLA increase of less than $20 a month. For many, the con job is even more vexing because much of that gain is taken back with increases in Medicare premiums.

These annual COLA adjustments are based by the U.S. Bureau of Labor Statistics (BLS) on a formula that uses the Consumer Price Index for All Urban Wage Earners and Clerical Workers — a lengthy descriptor that’s usually abbreviated as CPI-W. Therein lies the problem — this index does not accurately reflect the rising costs that most affect seniors — such as medical care and drugs, food/staples and rent. Even the most modest estimates suggest these costs are increasing at a rate of somewhere between 5% and 10% annually.

On top of that, there are a number of economists and inflation experts who question even the government’s CPI-W calculations. John Williams at www.shadowstats.com says the real CPI is north of 5%, and Ed Butowsky’s highly respected Chapwood Index pegs current inflation at about 10%.

The BLS actually calculates a Consumer Price Index for Americans 62 and older — the R-CPI-E — established in 1982 ostensibly to measure price changes specifically based on the spending patterns of the elderly (hence the E). It establishes eight major groups that are representative of purchases typically made by older Americans: food, housing, apparel, transportation, medical care, recreation, education and communication.

Problem is, the R-CPI-E has only been used as a research tool and has never been implemented owing to some loosely defined “limitations” in sampling data needed to represent the 62 and older population. The real truth may be that the government is dragging its feet in the face of rising payouts that would result from more generous COLA increases.

Although it faces serious long-term shortfalls, the Social Security Trust Fund — officially the Old-Age and Survivors Insurance (OASI) Trust Fund — could easily handle more equitable COLA increases in the near term — let’s say for the next 10-15 years. The fund closed fiscal year 2020 at the end of September with a balance of $2.81 trillion, the second highest fiscal-year close after 2017, up by $6.8 from a year ago, and up by $10 billion from two years ago.

What this means is that while seniors can rely on Social Security payments for the foreseeable future will lose purchasing power. The purchasing power of the payments will diminish every year, year after year, because COLAs are not adequate to cover actual increases in seniors’ cost of living.

It is just a simple fact that this decline in purchasing power could shave 20% to 30% off an individual’s standard of living over the first 20 years of retirement. So, if it was tough to live on Social Security early on — it will be truly brutal in another 20 years.