The skills gap: Real or monopsony? 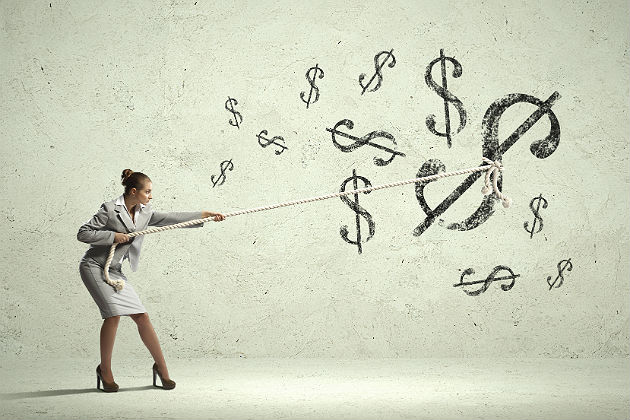 In case you haven't heard, there's a skills gap in the United States. That has become common rhetoric over the past few years and seems to be the refrain on business pages across the country. The flames were fueled by recent reports that U.S. job openings set a record high in January of this year.

But, as with most coins, there's a flip side.

Some maintain the skills gap is an exaggeration perpetuated by whiny employers unwilling to pay for the help they need. So, is there a skills gap or not? Like most things, it depends on where you stand.

The easy case for a skills gap

Despite more unemployed than jobs available, various surveys will tell you employers' biggest problem filling these openings is finding candidates with the skills necessary for the job. "American businesses can't find workers," declares CNN. Some surveys claim as many as 95 percent of companies report difficulty finding workers with the skills they require.

It's also worth pointing out that much of the unemployment recovery post-recession has been filled by those with a college education. In fact, a Center on Education and the Workforce study in 2016 revealed that 95 percent of those jobs went to candidates with at least some college education. The takeaway is that many jobs once filled by high school graduates were now being taken by — and often requiring — employees with bachelor's degrees.

Furthermore, as technology advances quickly and needs shift to industries such as robotics, artificial intelligence and big data, fewer workers have the experience and fewer students are getting the education to exist on the leading edge.

There's little argument that technological evolution can put a strain on a workforce unfamiliar with it, but the skills gap complaints are coming from a broad swath of industries and regions. It doesn't take an economics degree to figure out how the supply and demand of employment should work if skilled workers are indeed in short supply: the lucky skilled few can demand higher wages because of their value.

However, that's not happening. Stagnant wage growth is the biggest hole in the skills gap argument. The Labor Department's January report indicated the strongest wage growth in eight years — and that was an increase of 2.9 percent. For almost a decade, as employers complained about a lack of skilled candidates, they were pulling the reins on salary increases.

The same report revealed that the largest increases in wage growth came at the largest companies, typically those with the resources to boost pay or increase incentives, making it more difficult for small businesses to keep up.

Monopsony and the skills gap

A related-but-less-discussed argument against the skills gap was explored in a 2016 Council of Economic Advisers Issue Brief called "Labor Market Monopsony: Trends, Consequences and Policy Responses." The report, while acknowledging that advances in technology were moving faster than education and training to support it, noted, "Over the past 15 years, while profits rose, the decline in labor's share of national income accelerated, reaching its lowest level ever since World War II."

The concern was about a phenomenon known as monopsony. Strictly defined, monopsony is a market situation in which there is only one buyer. As it relates to the labor market, the report found growing wage inequity among workers with the same skills.

The report explained: "A monopsonistic employer can pay a lower wage than would prevail in a competitive market without losing all its workers to competing employers."

Let's put that in real-world terms. You own a small or medium-sized business and you've been paying your staff consistently stagnant wages because there is little threat of employees leaving. Then, you have a need arise. You want a talented candidate to fill that position, but you run a risk when posting a salary that's superior to your other current employees.

Thus, you advertise the job at the same wage as others on the payroll. You get applications, but not anyone you consider perfect for the job. It can appear there are few properly skilled candidates for your opening, but realistically it's not a skills shortage. The lure just isn't enticing enough for a skilled worker to leave his or her current position.

It's easily plausible that a skills shortage exists in cutting-edge industries, but it's also realistic to assume that much of what many industries are calling a skills gap is monopsony and stagnant wage growth holding back the labor market.