The risk of obeying an unlawful order 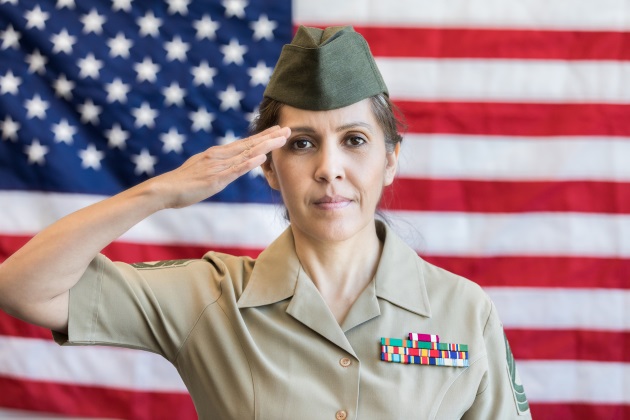 A month ago, protests erupted across the nation over the killing of George Floyd by a Minneapolis police officer. On May 31, 2020, President Trump warned that if state and local governments did not take actions that he deemed appropriate, then he would “deploy the United States military and quickly solve the problem for them.”

The president’s threat prompted a broad discussion about whether the president has the legal authority to deploy the military to quell unrest in such a situation. In addition to reporting on the president’s warning, news commentators and military consultants discussed how the possibility of such an order raised “widespread concern that domestic use of the military is bad policy if not affirmatively corrosive to the rule of law.”

Former Defense Secretary James Mattis, a retired Marine General, issued a scathing reprimand that according to many news commentators and former military members, implied “that an order by Trump for troops to deploy against protesters would be a breach of their constitutional oath.” Other high-ranking military members agreed with Mattis.

This calls attention to the almost impossible dilemma military members face when they are ordered to perform acts that they may think are illegal. Orders may present a “damned if you do and damned if you don’t” situation. What are the risks to a member who refuses to obey an order, believing it to be illegal, or in obeying an order that is later determined to be illegal?

The “I Was Only Following Orders” Defense

Nazi war criminals. History teaches that “I was only following orders” is not a good defense. In trials of Nazi leaders at Nuremberg, many attempted to defend themselves by saying, “I was only following orders.” The trials confirmed that an order to kill civilians is not a lawful order and complying with an unlawful order is not a defense to a crime. The Nazis were convicted, many of them sentenced to death and others to life in prison.

The My Lai massacre. In March 1968, in the South Vietnam hamlet of My Lai, 2nd Lt. William Calley conducted a successful raid, after which he ordered his men to round up the survivors who were herded into a ditch and shot to death. Approximately 500 Vietnamese civilians, old men, women, and children were killed by Lt. Calley and some of his troops who followed his orders.

Calley and those who followed his orders were court-martialed. Calley in turn claimed he was only following the orders of his superior. Witnesses against them both were troops who refused to follow Calley’s order. Those who refused to follow his order did not face court-martial. Calley was found guilty of first-degree murder and sentenced to life in prison before eventually serving three years of house arrest on appeal.

The lesson learned from My Lai is that it is “wrong to say Calley had an obligation to follow any order no matter what. His first obligation was to obey the law, and the law prohibits the deliberate killing of unarmed citizens.”

An order to kill civilians may be an easy order for a soldier to refuse to follow. But the duty imposed on soldiers is to discern between an illegal order and one that they simply disagree with on policy.

An illegal order involves more than soldiers thinking what they are told to do is a bad idea or because they disagree with the tactical wisdom of the order. The order must be “palpably illegal.” This means the order is so “clearly illegal that any reasonable person would have known it was illegal. But what other, less clear-cut orders might give rise to an obligation to disobey?”

Back to the original question: Can the president legally order the U.S. military “to turn their guns toward the American civilians they volunteered to protect?” Unfortunately for soldiers, the answer is still in limbo.

According to Steve Vladeck, a professor of law at the University of Texas School of Law, “Using federal troops to keep the peace when local and state authorities are unwilling to appears to be a legal option under the Insurrection Act that has been law since 1807. But if the president says he is sending in the military to ‘hunt down’ alleged agitators…and to ‘deny quarter’ to those suspected of looting and rioting,” he may be trampling on the rule-of-law that the Insurrection Act was designed to protect.