The retirement elephant in US classrooms 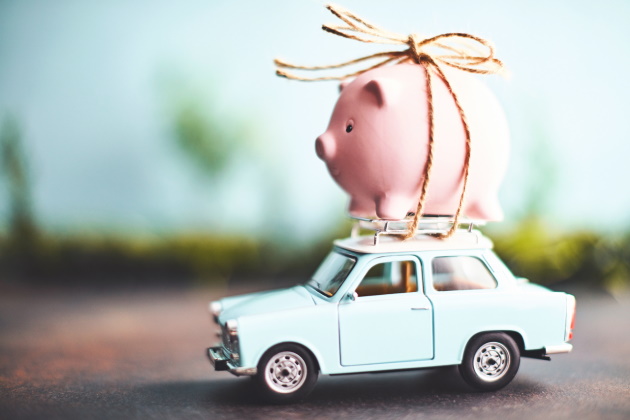 The coronavirus has already deeply affected education in K-12 classrooms. Soon, it will also affect the pensions of K-12 teachers across the country. Here’s why.

By now, most Americans know that pension plans in this country have a problem — put simply, many and perhaps most pension funds don’t have enough money to pay the pensions they’ve promised their retirees. I know this firsthand because I have two pensions, one as a teacher, the other as a musician.

The American Federation of Musicians and Employers' Pension Fund (AFM-EPF) is particularly strapped and without a plan to make up the deficit other than by cutting back pensions already offered.

Last week I got a nearly undecipherable new bit of union gobbledygook in the mail pointing out that I and a number of others in my age group had somehow been getting “more than we deserved.” I expect I’ll eventually get another friendly email telling me how much my pension’s being cut in order to make things “fair” again.

The musicians' pension fund has already asked the U.S. Treasury to approve extensive benefit cuts that will affect 46% of its members. When there’s not enough money to pay what’s owed, I guess, “screwed equally” is as close to “fair,” as it gets. Now it looks as if teachers are headed toward a ride in the same leaky boat.

Where American Federation of Teachers Money Comes From

Until the coronavirus pandemic, not a lot has been in the news about teachers’ unions and their potential inability to pay teachers the pensions they’ve been promised. But there’s been underfunding long before the coronavirus hit.

One of the widely publicized reasons for the funding decline for teachers unions — but not the most important — is the 2018 “Janus” ruling by this country’s relatively conservative Supreme Court that teachers who don’t choose to belong to a union don’t have to pay “agency” fees to the union.

The opposing argument for compulsory payment was based on the undeniable benefit that non-union teachers enjoy when the union negotiates increased pay and/or improved working conditions. Since non-union teachers get the benefit, so the argument went, they should contribute to the cost of obtaining that benefit. That argument lost. And for that matter, in so-called “right to work” states teachers didn’t have to join unions to begin with.

So far, the drop in American Federation of Teachers (AFT) and National Education Association (NEA) membership hasn’t been as severe as both unions feared. Nevertheless, there’ve been losses — in California in 2018, for example, union membership by workers in the public sector (not just teachers) dropped by 100,000.

Teachers’ union leaders had hoped that as teachers became more activated with the spate of strikes that accelerated in 2018, union membership would stabilize and eventually even increase. That hasn’t quite happened. But in a way it doesn’t matter.

The fact is that teacher’s retirement contributions — with or without union support — don’t cover even half the cost of teachers’ pensions to begin with. The bulk of the funding comes from individual state governments. And with the coronavirus, every state in the union has suffered and will continue to suffer dramatic revenue declines.

How Bad Can It Be?

So far as teachers’ pensions are concerned, the short answer is: very bad — probably a lot worse than you’ve imagined. Long before the coronavirus hit, public pensions in this country were already in trouble.

A report in 2005 — which is to say, three years before the Great Recession that further depleted state coffers — by The National Bureau of Economic Research had predicted a 50% chance of a more than $750 billion shortfall by 2020 and a 25% chance of a much greater shortfall of $1.75 trillion.

But by 2018 and three years into the recovery from that recession. The actual shortfall had grown much worse, to $4 trillion. Now, with the impact of the coronavirus on stock markets already felt, public pension funds have declined by another trillion in the first three months of this year alone. It’s inevitable that this year the shortfall will substantially — I’m tempted to write “dramatically” — increase.

Where Will the Money Come From?

If past is prologue, it probably won’t. To make up that kind of shortfall, states, with sharply declining tax revenues, would have to come up with unprecedented kinds of money. Even to limp along as they have by ignoring the growing deficit that will eventually bankrupt public pensions entirely, paying the retirement costs in the current year will require one of three actions:

In some states, it’s likely the solution will involve all three of the above unpopular and painful actions.

Is There a Way Out?

In theory, there’s a way out of this. In reality, it’s uncertain. The only entity with the capability of funding a $4 trillion shortfall is the federal government. That’s possible, but the presidential platforms don’t even mention it.

Joe Biden’s platform does include an increase in Title I funding, which could go toward better salaries and working conditions for teachers, but it doesn’t mention the shortfall elephant in the room — that it isn’t just the current funding problem that needs a solution, it’s the pension deficit that’s been growing for years, not just for teachers.

Donald Trump’s higher education proposals include something like a $14 billion dollar increase in education for students with disabilities, but more generally propose federal cuts in education funding. Even if the $14 billion were devoted to reducing the teachers’ pension shortfalls, it would be less than a 0.035% reduction in the gap.

Congress, of course, could step in and close the funding gap itself—pension funds have been advocating that for years. But it’s a huge gap — consider that the money needed to fund this gap is four times greater than the emergency funds Congress recently allocated in response to the coronavirus pandemic and that there’s little will by elected officials to do the only thing that would make that kind of spending possible, which would be a large increase in federal income tax revenues. Those that would oppose it the most are the same entities with the most money to lobby against the tax increase it would require.

If you’re a teacher, I’m sorry, but you’re probably not going to like what’s going to happen. Your mandatory teacher pension contributions may sharply increase; your pension payouts may sharply decline. I use the word “may” to allow for the miraculous. But these days the world seems particularly short of miracles.