The real reason rich kids do better in school 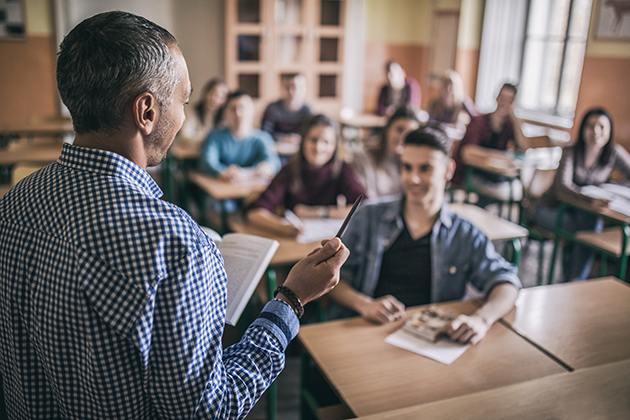 It’s frequently asserted that the reason rich kids do better in school than poor kids has to do with their life experiences outside the classroom. The problem with this isn’t that it’s entirely wrong — like most things in life, the closer you look, the more complicated it gets.

But this view lets our K-12 school system off the hook almost entirely. The reality is that a large part of the problem is that poor kids receive educations that are both inferior and different — they aren’t even taught the same way.

The Misleading Reason That Poor Kids Fail: the “Word Gap”

An influential 1995 study concluded that by age 4 the children of highly educated professional parents typically had heard 32 million more words than poorer children. This difference, encapsulated in the catchy phrase “the word gap,” supposedly accounts for an insurmountable difference in scholastic achievement.

Educators and teacher organizations, including the American Federation of Teachers, have promoted this conclusion, which explains that the underperformance of poor children (for which read predominantly “black and brown”) was assured long before they went to school. If these children didn’t do well, that was on their family and their culture, not on the school system.

More recently, however, other educators have questioned the study the word gap hypothesis is based on. Laura McKenna, writing in The Atlanticin 2018, notes that a new study “fails to replicate its central finding.”

More recent studies confirm this, and some have even found the original study “naïve, racist, classist and ineffective.” A 2017 Harvard Education Review study noted that following the widespread influence of the original study and based on cultural and racial stereotyping, many teachers have employed “less sophisticated instruction methods’ with these supposedly linguistically disadvantaged children,” a provocative conclusion that suggests the fault may lie less with the parents than with the school system.

A further examination of the situation reveals that U.S. K-12 education is actually two different school systems, one for rich children and another for poor.

A child from a wealthy family enjoys several education advantages over a child from a poor family. First of all, as is widely known, K-12 funding comes substantially from tax revenues within a particular school district — the average is more than a third, but in some districts about 60% of all funding comes from property taxes.

This affects classroom size, teacher salaries, the quality of the physical plant, and available support for both the physical plant and the teachers themselves. In consequence, children in poorer districts not only learn in crowded and often substandard classrooms, their teachers are often there because they didn’t qualify to teach in a better school district. Dropout rates for these teachers are about 50% higher than in better funded schools.

The economic advantage, however, is only part of the reason rich kids enjoy a better education in this country than poor kids. A less well-known but significant contributor to the achievement gap is that rich kids are taught differently than poor kids.

You might think that as these differences in the learning experience of rich and poor have become better known, society would respond by making the quality of education and educational methods less dependent on wealth, race and class. But you’d be wrong.

Even in the details of the educational experience, rich kids and poor kids learn in two different worlds. A lot of this has to do with steering — rich kids are encouraged to take more demanding math classes, for example, while poor kids are offered “less challenging content,” often because the school system’s underlying assumption is that poor kids can’t do more.

I have a brilliant young friend from a poor immigrant family, for example, who graduated from Harvard before she was 20 and then worked for Bain Capital before starting her own business. Her high school counselor had advised her to avoid college and go to a trade school instead, where she was told she’d “be more comfortable.”

These assumptions about the capabilities of poor kids have consequences. The achievement gap between poor kids and rich kids has grown for decades and continues to grow today, roughly in parallel with the increasing economic gap in this country between rich and poor.