The new normal in travel: What will luxury look like? 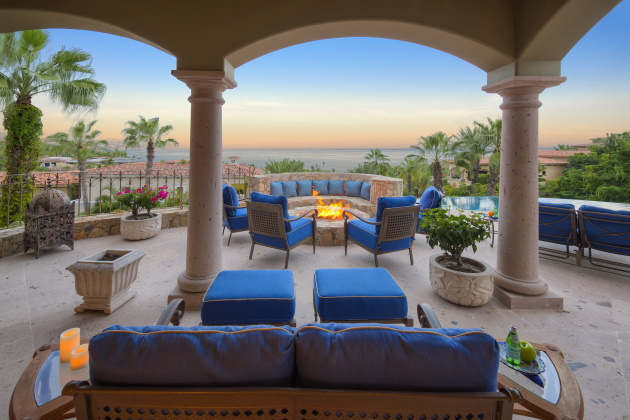 The pandemic has produced a lot of new normals: masking, distancing, soloing, Zooming. And it has also borne a growing new normal in travel, especially in the luxury market. This segment of the travel industry is not new but it is growing at rocket speed, according to a report by Allied Market Research. The global luxury travel market was pegged at $945.6 billion in 2019, but is now expected to hit $1,198.3 billion by 2027, registering a CAGR of 11.1% through those coming years 2027.

The report cites the rising inclination toward unique and exotic holiday experiences, increased disposable incomes and related expenditures in the middle- and upper-class economic tiers, and a growth in the need and interest of people to spend more time with family. At the same time, emerging new destinations and the surge in demand for enhanced service standards are expected to add fuel to the energy mounting in this industry segment.

But as the world continues to reel from a year like no other that saw airlines, hotels, dining services and business travel grind to a crawl, the new normal looks more like a newborn animal teetering to its knees than a robust industry regaining its balance.

The Ascent of the Private Flyer

As an odd effect of the pandemic is that the global market for private aviation, estimated at around $10 billion in 2020, is now expected to more than triple to $32 billion by 2028, with North America accounting for some 60% of that market by the end of the forecast period, according to ResearchAndMarkets.com.

One such private jet company, Wheels Up, reported a whopping 68% jump in first-quarter revenue and a 56% increase in active members, noted one report from CNBC, as growing wealth creation and pandemic fears continue to drive demand for private aviation.

What does all this shifting mean for the throngs of people taking to the air and heading for luxury hotels near and far as the summer travel seasons gets underway?

“…Twenty-five hundred dollars for a standard room, no room service and daily housekeeping on request, but not guaranteed. The good news for luxury travelers is the world is opening up. Five-star hotels and resorts are ready to receive well-heeled guests. However, top travel advisors suggest those who want to get back out there need a fat wallet, moderated expectations, and the help of professionals guiding through what could be the norm for the foreseeable future. Forget dreams of flawless service and deciding where to dine on the spur of the moment. Welcome to the new reality of luxury travel…” 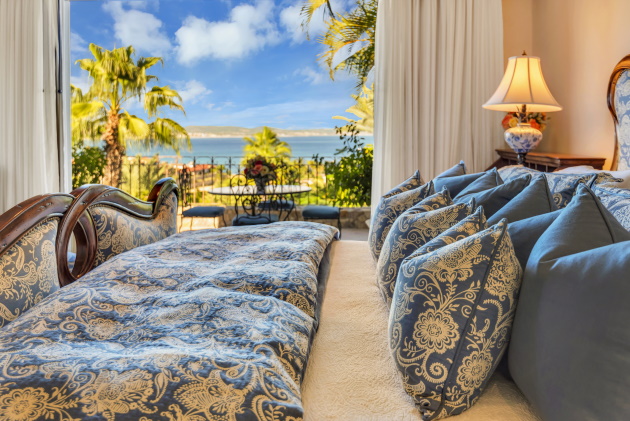 Private Villa: Comforts of Home and Away

However, while some infrastructural segments of the mighty travel industry stand to be buffeted by the winds and waves of the wild return to travel — namely commercial airlines, airports, hotels, resorts and cruise lines — other segments of the industry see nothing but smooth seas ahead. At least that is what Sean Emmerton sees. The CEO of Elegant Mexico and Distinguished Residences felt barely a jolt when the world closed down to travel and vacations became a memory of the 2019 good ol’ days.

Emmerton’s business is one of booking high-end villa vacations in Mexico, and when the borders within Europe reopen solidly to traveling Americans, he brings a selection of very high-end villas from the ski slopes of France and Switzerland, as well as seaside mansions on the Mediterranean and exquisite country homesteads in Tuscany. However, his portfolio of villas in Los Cabos and Punta Mita, Mexico, have been in high demand all through the pandemic.

Services have not fallen off, Emmerton says.

“In fact, a vacation in Los Cabos during this time, as an example, has been extremely opportune to our guests. Prices remain as they were before the pandemic so there are no questionable shifts in rates. And add to that the quiet and lack of visitors during this time. That has meant villa guests have practically been able to have Los Cabos to themselves — no raucous crowds, no waiting for a tee time at some of the world’s top courses, easy access to local cruises, fishing trips, dining experiences, spa experiences, you name it! Our guests were able to have it all, including the beaches, to themselves.”

Being in the right place at the right time allows Emmerton to be the right answer for the fastest growing travel intention as Americans start traveling again: reunions with friends and family. A recent survey by Wyndham Destinations saw 72% of participants saying they will prioritize traveling to see family and friends, with three quarters saying they are likely to do so before the end of the year.

The survey also found the desire for home-style amenities is higher than ever. While too much time away can be a difficult pill for more families to swallow, too much time together is also a concern. Thus, the majority of respondents in this survey (82%) said having separate living spaces in their quarters allows for more quiet time when needed, while 75% agree that separate living spaces make family vacation more enjoyable.

Considering mental health concerns after a time that saw more American loss of life than did World War II, it is not surprising to see a recent American Express Global Travel report note that 87% of their respondents thought having a trip planned in the future would give them something to look forward to and planning for future travel would make them feel excited (63%), happy (53%) and hopeful (53%). Additionally, 78% of respondents indicated wanting to travel in 2021 to relieve the stresses from 2020.

“It's a hard message because people want to be optimistic,” he said. “They want to feel like, ‘we're back!’ Suppliers are saying, ‘I've got travelers coming on to my planes and into my hotel rooms and it's like, yes! It’s happening!’ But until we get to a better point with vaccine distribution, and an environment that is stable enough and not having setbacks, and until international travel — specifically international business travel — reopens, we’re not living through a true recovery. We've seen downturns before, and the driver of the recovery is always international outbound business travel; this is a global economy.”

But travel is back and crawling fast, whether that means the perfect beachfront villa with family and friends and plenty of built-in privacy or paying a bit more for fewer services at a five-star resort on a mountaintop. The trip may be bumpy with long lines at the airport and vaccination/testing documents in flux, but the good times are starting to roll and the new memories are more than poised to make up for all the time lost.

Chris Nassetta, President and CEO of Hilton Corporation, speaking at an Ernst & Young hospitality conference last month, had a few near-term predictions on the matter to offer:

“The pandemic made people question if the Golden Age of travel was dead. The new era of travel is coming,” Nassetta emphasized. “Recovery is going to be fast; people haven’t lost their desire for experiences. There’s a pent-up demand. Globalization will pick up steam again. Hospitality will create immense growth and opportunity around the world.”