The impact of Paris terror attacks on world tourism 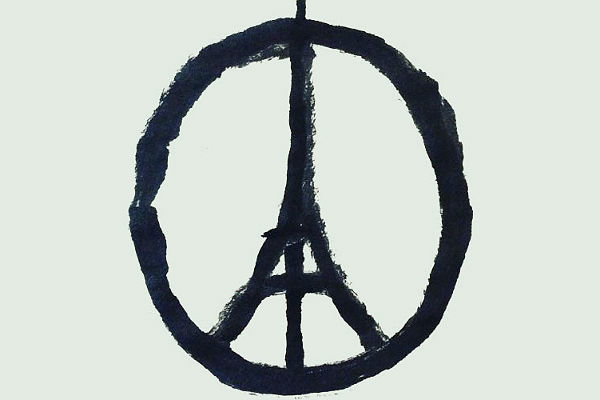 Friday, Nov. 13, 2015 is literally "Black Friday" for our French alliance and all humans living in the civilized world. As of this publishing, the official death toll of the Paris attacks has reached 129 people, with 352 injured.

Soon after the attacks, France declared a state of emergency, meaning public gatherings are prohibited, public spaces such as museums, theaters and bars can be shut down, and government officials such as security crews and police can conduct house searches without judicial oversight or enforce house arrest. Border controls are getting tighter as well, and the investigation is spread across Europe.

ISIS has claimed responsibility for all six attacks, calling them "the first of the storm," indicating more will possibly follow. Rumors are saying more attacks may be planned in other major hubs like New York City, Washington D.C., and Rome. Cities in the U.S. have stepped up security after the attacks.

People around the world are showing support to the victims and our friends in France. Yet, no matter how hard we try, the impact of this tragedy will not diminish soon enough.

I am not a politician or an economist. So, I can only speak for its impact on the travel and tourism industry. The Paris attacks may forever change the way people travel, and I am not exaggerating.

Think of what changed immediately after 9/11. How many people changed or canceled their travel plans? All performance indicators for the hospitality and tourism industry, such as number of arrivals, hotel occupancies, average daily rates, etc., saw a sharp decline. Signs of recovery were not seen until a few years later.

While businesses found a way to bounce back, 9/11 made permanent and detrimental damage to how people travel.

Before 9/11, traveling was much easier. At that time, we did not need to register before entering a building. We did not need to spend hours in the airport just to go through the security check. We could even carry a drink and other liquids with us as a carry-on.

Today, most of us would not even be able to pass TSA without getting a full-body scan. With the hassles of air travel, people are now taking more short road trips instead of traveling long-haul.

The Paris attacks ring a bell to the security flaw of the European Union (EU) and the "Schengen countries." Citizens of any EU country can travel, live or work in another EU country without any special formalities. That means if a person attains a permanent residency or a citizenship of any of the EU countries, s/he would be free to move to another EU country.

All these arrangements were intended to provide freedom to local residents and travelers to move from one country to another, which encourages more people to travel.

Earlier, the Syrian migrant crisis surfaced a lot of issues with the free movement with the EU and the Schengen visa. Now, the Paris attacks just added another straw to the problem. Will the EU and Schengen countries revisit their current policy and have tighter border controls?

Tighter border controls for migrants and tourists might help ease people's concern of safety and security, even though such procedures would make travel more difficult than before. However, I believe people would probably choose safety and security over convenience.

The fact is even if people can regain the confidence in safety and security soon, they cannot just forget about the tragedy in Paris overnight, no matter how much they want to. It takes a long time to comfort a sad soul.

Now, let's stand by the people in Paris and give them our best support. Hopefully, the world will get healed soon.