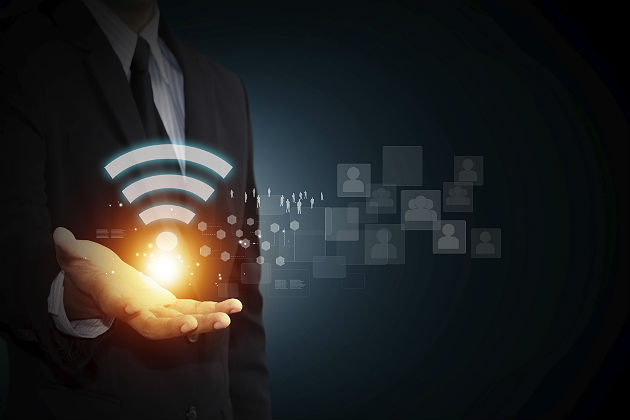 Want to market your company’s products or services better? Of course, you do! Who doesn’t?

But to do that, you can’t just zero in on the latest marketing tricks. You also must understand the greater media landscape.

No other report does a better job of capturing that than Mary Meeker’s annual Internet Trend Reports. She outlines the biggest changes in internet usage, advertising, e-commerce, social media and more.

Read on to discover the avenues ripe with opportunities and those that are inundated.

~50 percent of the population is on the internet. Because of that, growth from here on out is going to be tough to find. In 2017, internet users grew by only 7 percent, compared to 12 percent the year before.

Smartphones didn’t grow at all. Many of the people who want and can afford a smartphone already have one. In fact, 77 percent of U.S. adults have a smartphone, according to 2018 Pew Research.

Plus, because the cost of smartphone has been increasing while adding minimal value, people aren’t replacing phones as often. On average, people now replace their phone every 29 months, which will likely trend upwards.

Each year, people spend more and more time on their phones. In 2017, people spent 5.9 hours with their phones, a 4 percent growth from the year prior. But, that’s more than double the time spent in 2008 (2.7 hours).

We watch a lot of mobile video. In 2018, it’s estimated we’ll spend about 35 minutes each day watching videos on mobile devices.

Voice-based assistants like Amazon’s Alexa and Google Home are getting better. Alexa now knows 30,000 skills, and Google’s Machine Learning word accuracy is over 95 percent. We’re at the tipping point.

Businesses still spend most of their ad budget on TV. It eats up 36 percent of their advertising spending, but that is less than in years prior.

In 2017, e-commerce grew by 16 percent from the year prior. But it still only accounts for 13 percent of overall retail sales.

Most transactions are digital. 60 percent of people’s past 10 everyday were done digitally.

Nearly half of people begin searching for products on Amazon. Only 36 percent of people start looking for a product using a search engine.

Messengers do it all. Messenger apps continue to grow nearly exponentially. In fact, WhatsApp users send nearly 60 billion messages a day. As the companies’ grow their user bases, their capability expands as well. They want to become the go-to communication app.

Social ads are getting better (and more expensive). Facebook eCommerce ads have a 3 percent click-through-rate (CTR), compared to less than 2 percent in 2017.

But the cost is rising faster than the number of people you’re reaching. CTR increased 61 percent, but the cost per million increased twice as much (112 percent).

People discover products on social and then buy them. 78 percent of surveyed adults discovered a product on Facebook, compared to 59 percent on Instagram and Pinterest. Over half of people then end up buying that product later, but only 11 percent do so immediately.