The companion animal behavior implications of R- and K-species orientations 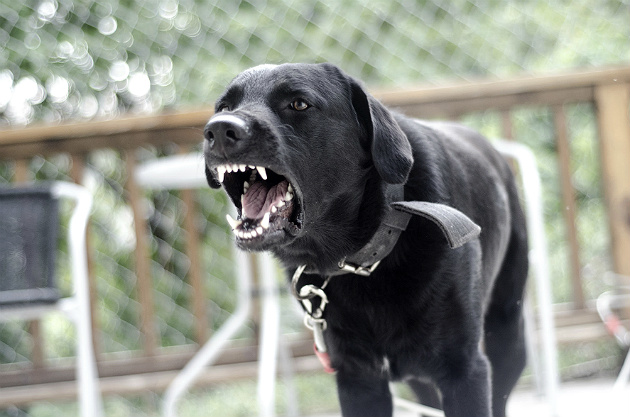 Can wild animal ethology concepts like R and K species help us understand better companion animal behavior? To answer that question, we first need to know what R and K species are.

Wild R species live in harsh, unpredictable environments. They produce large numbers of offspring that mature rapidly and require minimal to no parental care. Most of these animals only mate once and die young.

Compare them to K species, who live in more stable environments with sufficient but limited resources for which animals must compete.

These animals tend to be larger and have fewer offspring that require more parental care and take longer to mature. Members of K species routinely reproduce more than once, and most have longer life spans.

Although R and K are wild species labels, individuals within these species may opt for the alternate strategy if doing so increases their success. For example, although the majority of R species may produce large numbers of offspring that receive no parental care, some subspecies may produce fewer young that do receive such attention.

If these adaptations result in more young who reach maturity and successfully mate than those who use an R-species strategy, then the benefits of using this more K-species approach outweighs any costs.

Compared to members of those wild species who lay hundreds to thousands of eggs that receive no parental care and die young, the domestic canine and feline species are classified as K species. However, just as those animals with an R-species predilection may adopt a K-species orientation if their environment favors it, dogs and cats living in harsh, unpredictable ones may display behaviors with similarities to the R-species one.

Nationally and internationally, there’s no shortage of free-roaming canine and feline populations living in harsh environments characterized by their unpredictability. Dogs and cats living in these environments randomly may encounter disease, predators (including humans), unreliable food supplies, and harsh weather and natural disasters, among other hardships.

Naturally, offspring of bitches and queens who just dump their newborns and walk away are highly unlikely to contribute their genes to any existing free-roaming canine or feline gene pools. But a more R-species survival strategy that favors faster development of young requiring minimal parental care and early sexual maturity would have its benefits. What these animals lacked in life expectancy they could make up for in numbers.

Their unpredictable environment also would favor a more dynamic strategy that could meet changing demands faster than a fixed one.

In such an environment, genetic and epigenetic combinations that favored the survival of one generation of young may not serve the next. Populations most likely to succeed are those that are the most adaptable as well as resilient in the long run as well as in the here and now. Survival would favor those animals of all ages more capable of handling stress.

On the other hand, human-orchestrated companion and feline environments favor a K-species approach. These environments and their resources are more stable, but there’s not an unlimited supply of them.

Although a few animals may live with people able to provide virtually all the tangible and intangible resources the animals might want or need, most companion animal environments have at least some limited resources at their carrying capacity for which the resident animals must compete.

Where basic survival dominates R-species life, K-species dogs and cats must compete for what’s there. And doing this successfully using the least amount of energy involves the development of social and other skills.

Skills like the ability to deceive or otherwise outwit competing animals in the household and even humans on occasion to get what they want. Learning those skills takes time. Consequently, K-species parents who want their offspring to succeed have fewer, slower maturing young who require more parental care longer. Or they would provide longer parental care if those breeding these animals allowed it.

Increasingly the companion animal human population also favors more infantile canine and feline looks and behaviors regardless of the animal’s behavioral legacy. Because of this, friction and mismatches between dogs and cats with R- or K-orientations and some humans are bound to occur.

Clinical experience supports this contention. Although rare in the past, dogs — and increasingly cats — from long-established lines of free-roaming animals now show up more frequently in the companion animal population. Some of these puppies and kittens don’t even look like puppies and kittens; they look like smaller versions of fully mature dogs and cats.

Unfortunately, practitioners may encounter naïve rescuers who adopt these animals that dislike confinement and dismiss human attempts to cuddle, cajole, treat-train or otherwise change these young animals’ genetic and epigenetic R-species predispositions. While some of these little survivors can and do eventually make the transition to what their adopters consider acceptable pets, others will never find peace in such environments no matter what their people do.

In general, the older the animal when captured and placed in a companion animal household, the more resistant to it. One exception to this may be older cats with chronic health problems.

Sometimes heroic measures will keep healthy animals confined who don’t want to be confined. But doing so may raise legitimate questions about the animal’s welfare under those circumstances, especially if doing so results in the development of behavioral or medical problems with a strong stress component. More caring and enlightened rescuers may sterilize these animals and place them in environments similar to their native ones as possible with the minimum amount of human contact.

But this goes hand-in-hand with another of nature’s caveats. “Never say never or always.”

Given the sizable gap between the genetic and epigenetic predispositions of dogs and cats from established free-roaming environments and purebreds, taking a one-size-approach to domestic canine and feline normal behavior can be problematic.

Recognition of the R- and K-species orientation provides a more realistic guide to the full range of normal behavior. Although such awareness may not result in the pet dog or cat behavioral stereotype the client desires, reframing those behaviors as “different” instead of “wrong” may facilitate behavioral and bond change if it’s possible and acceptance if it not.