The best places to ring in 2021 with social distancing 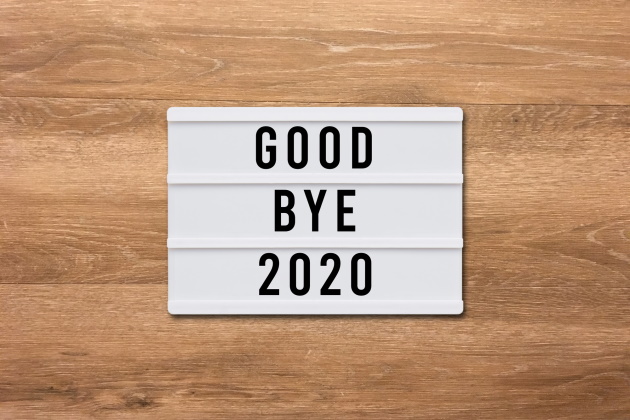 New Year’s Eve is going to look a little different this year. Social distancing and roving shutdowns promise more subdued celebrations as organizers try to stage events that minimize the spread of the coronavirus. But that doesn’t mean the nation isn’t as eager as ever to rock out 2020!

Outdoor events, such as concerts, parades and fireworks, will take precedence, but mostly on a smaller scale than in years past. We’ve identified six NYE celebrations across the country that guarantee a good time while keeping partygoers as safe as possible.

Just remember to wear your mask and plan ahead so you know all the safety guidelines before you go out.

This year, the granddaddy of all NYE celebrations is marking the 114th anniversary of the famous ball drop in Times Square. The annual descent of the 11,875-pound Waterford crystal ball is watched (live or streaming) by an audience of more than a billion people worldwide.

Tickets aren’t needed and admission is free — but beware, space is very limited (especially while social distancing). The drop can be best seen along Broadway from 43rd St. to 50th St., or along Seventh Ave. as far north as 59th St.

Nashville’s traditional NYE Music City Midnight concert won’t be happening this year but there’s plenty else on tap to entertain holiday revelers. Music City is all about music, of course, and leading things off on December 31 is the Grammy Award winning band Old Crow Medicine Show at Ryman Auditorium.

New Year’s Eve at popular rooftop lounge UP will feature Davis Mallory from MTV’s “Real World” as DJ, while Redneck Riviera hosts a gala party with live music, champagne toasts, appetizers, desserts and favors. Lower Broadway restaurants, bars and honkey-tonks will be humming as well — all within limitations set forth in the city’s safety guidelines for COVID-19.

Miami has its own version of New York’s Ball Drop: Big Orange. While revelers enjoy live music and dancing at a free party in downtown’s Bayfront Park, a 35-foot neon sphere slowly rises — rather than falling. Fireworks erupt as Big Orange reaches its zenith at midnight.

Miami’s global superstar Pitbull and a host of other big name artists provide the sounds. Not to be outdone, South Beach hosts its own mega-party with yet another display of pyrotechnics. Remember, too, this is Orange Bowl weekend!

Mardi Gras is not the only mega-party in New Orleans. New Year’s Eve in the Big Easy is a fete to behold as well. Things get underway on the afternoon of Dec. 31 with a noisy parade along Decatur Street, while crowds cheer on the nation’s second oldest bowl game — the Allstate Sugar Bowl.

NYE celebrations center on Jackson Square in the heart of the historic French Quarter. Every year at 11:59 p.m. there’s a fleur-de-lys drop, not unlike the Big Apple ball drop. The evening culminates with a colorful fireworks display over the Mississippi River.

We can sum up New Year’s Eve in Sin City in one word: crazy. And we mean that in a fun way. Come NYE and the entire Strip shuts down to traffic and becomes one giant block party. At midnight, the casinos launch a choreographed fireworks show that’s claimed to be the nation’s largest.

Dozens of casino and nightclub shows feature the hottest entertainment acts in the business. As many revelers have discovered, there’s lots of action downtown as well — beneath the dazzling lighted canopy on Fremont Street where live bands entertain and fireworks explode across a gigantic Viva Vision LED screen.

For the more active types, skiers in particular, there is no better New Year’s destination than the snow-capped Sierras — and scenic Lake Tahoe. There are parties everywhere and one of the favorites holds forth at the CBC (Crystal Bay Club) where celebrants rock to the tunes of the California Honeydrops with special guests Sal’s Greenhouse and The Sextones.

Local ski areas get in on the act as well with NYE celebrations set for Squaw Valley, Mt. Rose Ski Tahoe, Northstar and Heavenly Village — where country superstar Jerrod Niemann headlines a talented cast of entertainers. Torchlight parades and fireworks shows round out the activities. Music lovers might want to come early for the SnowGlobe Music Festival, a three-day event taking place Dec. 29-31 in South Lake Tahoe. Performers scheduled for this year’s event include Skrillex, Gigantic Nightmare and Fisher.