The best methods for client presentations 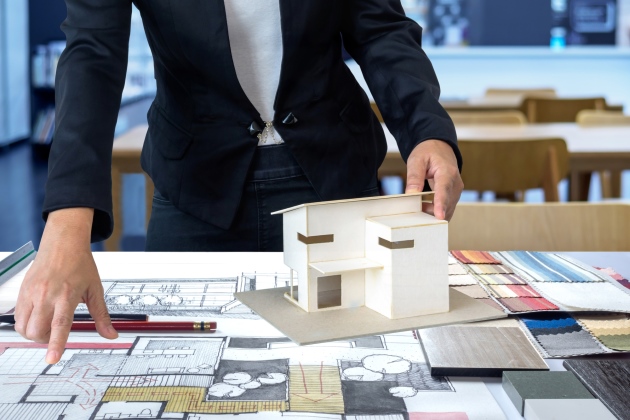 While some still prefer the napkin sketch, architects and designers today have a battery of tools they can employ to convey their visions to clients and stakeholders. But which have the biggest impact on viewers?

It may seem a no-brainer that animated digital representations such as virtual reality (VR) and artificial reality (AR) win hands down. That, however, is not always the case.

Researchers who have studied the effect of digital A&D representations on client or stakeholder viewers almost always reach the same conclusion. What matters most is not the medium, but the message.

In other words, which method or tool is most effective depends on what you are trying to convey to the viewer or what you want them to experience.

A pair of researchers, Claudia Ziegler Acemy and Philip Kortum, with the Department of Psychology at Rice University in Houston conducted a literature review of research on the evaluations of and responses to an environment in three different conditions: the physical environment, a photograph, and a dynamic, virtual reality simulation. What they found is that responses tend to be very similar.

The researchers then tested whether photorealistic renderings of the environment would make a difference in viewers’ assessment of the usability of a space. Participants viewed one of two built environments by either standing in the physical space, examining a photograph of it, or looking at a rendering of it.

Again, the findings showed the type of medium had little to no impact on viewers’ assessments. They conclude that static, simulated images of the built environment, such as photos or photorealistic renderings, can be used in evaluations just as effectively as standing in the physical environment.

For the viewer who is not a designer or a builder, what matters is the context. What are they looking at and what are they supposed to evaluate?

If you want to wow a client, then dynamic, virtual representations are the way to go. They are the most impactful means of immersing the client in the proposed built environment. And it also helps that clients find the technology to be really cool. For other purposes, however, more accessible, less expensive media can work just as well or better.

It has also been suggested that the available media have not been exploited to their fullest. In a presentation at the International Conference on Design and Technology Educational Research (IDATER), David C. Chang and Peter Salzapaj of the School of Architecture at Sheffield University, demonstrated how computer-generated simulation can be used not only to render designs, but also to convey design ideas.

That is to say, the dynamic capabilities of the medium make it possible to share the designer’s design thinking with the viewer, not just the solution arrived at. Chang and Salzapaj note that for such an approach to be effective, viewers need to be trained in order to be able to observe the possibilities being presented to them.

More advanced or elaborate visual representation media do not necessarily lead to better decision-making. In fact, they can at times distract the viewer from focusing on what is important.

First, decide what information you need to convey to the viewer and what type of feedback you need from them. Then, choose the most appropriate visual medium for the context. Maybe that’s just a sketch on a napkin.