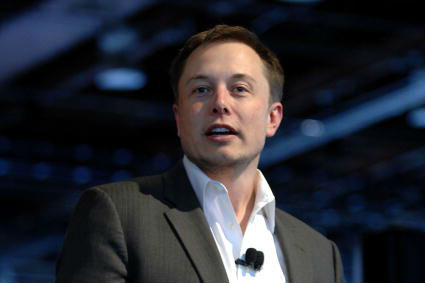 Elon Musk is the CEO of Tesla.

Amid reports coming out of Puerto Rico's devastation, there is news of an effort to bring solar power to the island for short-term relief. Around 75 percent of the island still lacks power after Hurricane Maria. In the longer term, solar power is also being considered as a way to build a new energy grid featuring a strong renewable energy element.

To that end, Tesla, Inc., has kicked off this solar energy relief/rebuilding initiative by setting up shop at Puerto Rico's Hospital del Niño (Children's Hospital). Most Puerto Rican hospitals are open to varying capacities, but the island still lacks power to run hospitals safely and efficiently. This effort at the San Juan facility includes the building of a solar field behind the hospital, and Tesla's signature Powerpack energy storage batteries are now on site.

The hospital's daily operations include 35 permanent residents with chronic conditions; an average of 3,000 children receive direct care from the hospital. For now, Tesla has donated its services free of charge, and the hospital has expressed interest in maintaining a working relationship with Tesla once conditions improve.

This donation comes at a time when Puerto Rico, still reeling from the hurricane aftermath, seeks large-scale relief support. The hospital's new solar farm can generate 200 kilowatts of solar power and has 500 kilowatts of storage.


The sun's power can be reserved and used in any weather conditions throughout the day, even if it's cloudy and overcast. The ability to store solar power is one of the hallmark concepts for areas like Puerto Rico that tend to consistently face extreme weather conditions, but also have sunshine in abundance.

It is speculated that Puerto Rico's power grid will cost $5 billion to restore, and this project will take months. The issue of who will be in charge of the new grid remains a sore topic, as some speculate that private companies may be seizing opportunities that will displace other power options for the island — including public utility enhancement options.

For example, a small company named Whitefish Energy received an early $300 million contract to help get the electricity grid back running. But many have wondered whether overlooking other options is a good idea. And San Juan Mayor Carmen Yulin Cruz has called for the Whitefish contract to be voided.

Meanwhile, Tesla claims the hospital project is the first of many in Puerto Rico that will serve immediate needs of residents and showcase how renewable energy can be a leader in this, and other, recovery efforts.

In fact, Texas, Louisiana and Florida have all reported a growing interest in using solar technology for rebuilding efforts. According to the website EnergySage, which has a million renewable energy shoppers from 35 states, the recent hurricanes have spiked interest reflected in the surge of website registrants over the past few months: "Site registrations over that period, which allows users to compare quotes, increased 64 percent from Florida and 57 percent in Louisiana."

One question is whether solar panels can weather serious storms: Are they similarly compromised in adverse conditions compared to traditional energy grids? The National Renewable Energy Laboratory reports that solar panels are proving durable over time: "Most solar panels are certified to withstand winds of up to 2,400 pascals, equivalent to approximately 140 mile-per-hour winds."

It appears we will have more opportunities to observe this renewable technology's functionality as rebuilding efforts grow in impacted areas, including San Juan's Hospital del Niño and the rest of the island.