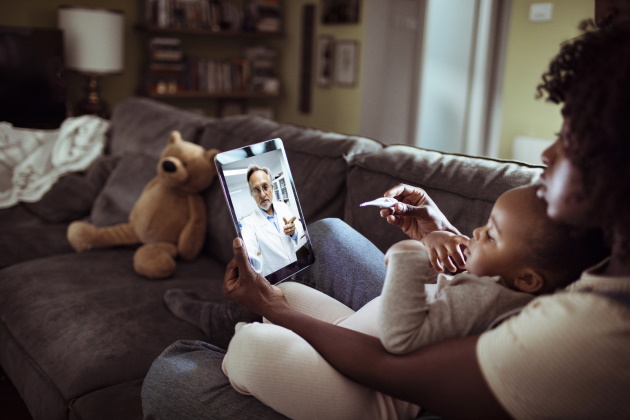 Telemedicine and telehealth are apparently here to stay, galvanized into intensive service amidst the COVID-19 pandemic. With approximately 20% of all medical visits in the United States estimated to be conducted via telemedicine in the course of 2020, and $29.3 billion in global revenue, we can see that this form of medical practice has truly taken hold.

What are we gaining, who is losing out, and what might we be missing when more healthcare is delivered without patient and provider being in the same room?

According to a July 2019 study on telemedicine conducted by Doximity months prior to the emergence of the now globally ubiquitous SARS-CoV2 novel coronavirus, the market share growth for telemedicine was estimated to increase from $38.3 billion in 2018 to $130 billion in 2025.

That same report found that 15% of all physicians were employed in settings utilizing telemedicine to some extent. Meanwhile, in the presence of younger providers apparently being more willing to utilize telemedicine, an increase in the willingness of older physicians to do so also strengthened.

At the time of the Doximity report, the top 10 medical specialties “most engaged with telemedicine job postings” were radiology, psychiatry, internal medicine, neurology, family practice, dermatology, pediatrics, emergency medicine, geriatrics, and allergy & immunology. On the other side of the calculation, the 10 least engaged were anesthesiology, general surgery, orthopedic surgery, obstetrics & gynecology, oncology, physical medicine/rehab, gastroenterology, otolaryngology (ENT), cardiology, and plastic surgery. From the standpoint of practicality, the specialties with the least engagement with telehealth most readily require hands-on care.

What is Being Lost?

Many gains can be cited vis-à-vis the rise of telemedicine, and some losses are also to be found. In an August 2020 article on the JAMA Internal Medicine website, Dr. Paul Hyman of Mid Coast-Parkview Health in Brunswick, Maine, opined that the loss of the ritual of the physical examination was multifaceted and disturbing for him as a practicing physician. To wit:

As our primary care practice has pivoted to telehealth and the physical examination has been ripped away from me, I find myself reflecting on what value the examination has. It is clearly needed at times to make a diagnosis. But I now realize the other ways I use the examination to advance care and its significance to my own well-being. It is a means through which I pause and physically connect with patients, I demonstrate my knowledge and authority, and is a tool I use to persuade patients and reevaluate their narratives.

Aside from the ability to persuade patients to “reevaluate their narratives,” Dr. Hyman has also found other losses tied to a lack of physical examination:

Many physicians would say that some diagnoses cannot be made without examining a patient in person. I am not sure how I am supposed to distinguish central vs peripheral vertigo, diagnose otitis media, or determine if someone has orthostatic hypotension without examining a person in front of me. In addition, many of us have cases where an unanticipated finding on examination feels as though it saved a patient’s life. A discovery of an irregular mole, a soft tissue mass, or a new murmur—I do not forget these cases, and I do not think the patients do either.

What was less apparent to me before the pandemic was how a thorough physical examination provides a measure of objectivity that can help me rethink a patient’s narrative. I work in Maine, which has its share of stoics. A patient recently came in feeling a bit tired but felt it was nothing, likely as a result of working too hard. His examination suggested he was in heart failure. If I had not been able to listen to his heart and lungs, and examine his jugular vein and lower extremities, I may have put too much weight on the patient’s lack of concern and missed the diagnosis.

In Wired magazine, a September 2020 article warned that many of the patients who most need telemedicine are the ones least likely to have access.

Nationwide, 41 percent of people covered by Medicare don’t have an internet-capable computer or smartphone at home, according to a recent paper coauthored by Eric L. Roberts, who teaches health policy at University of Pittsburgh, and Ateev Mehrotra, a health policy professor at Harvard Medical School. Black and Latinx elderly people were less likely to have internet access than white people, the authors reported, and people who have lower incomes, are enrolled in Medicaid, or have a disability were also less likely to have access to the internet.

Numerous articles extoll the virtues of telemedicine, while a seemingly equal number elucidate the drawbacks and limitations. Treatment of substance use disorders with MAT (Medication-Assisted Treatment) can be enhanced in some locations with telehealth, yet, as the aforementioned Wired article contended, access to the internet and an appropriate device is a hindrance in rural and urban areas alike.

Telemedicine is now an endemic aspect of healthcare delivery, and we can expect continued exponential growth into 2021 and beyond, even after the COVID-19 pandemic subsides.

As insurance companies offer more reimbursement and healthcare organizations embrace lower costs in the absence of in-person patient visits, the utility and relative equity of an increased telehealth market share will continue to be debated in legislative sessions, medical journals, and in healthcare facilities the world over.