Technology and medicine: Applying Google Glass in the medical field

Every day, new strides in technology make headlines in all kinds of areas. Nowhere is it is more prevalent or exciting than in the medical field. And one of the most talked about new tech "gadgets" to come onto the scene and into the consciousness of just about everyone who follows the news is Google Glass.

The last few months have seen story after story about Goggle Glass being used by physicians. But as far back as a year ago, when Pelu Tran, a third-year medical student at Stanford, and Ian Shakil, a consultant at a West Coast start-up, saw and tried out Google Glass, they realized that the implications in medicine alone would be compelling. So much so that they founded a startup exclusively to investigate the use of Glass for medicine.

Basically, Google Glass is a small hands-free computer, head-mounted as a small glass block, on a conventional glass frame, that can have Wi-Fi, Bluetooth and a camera and voice activation. Proponents see the potential for the device's use over a wide range of medical applications, from cutting down the time a physician has to do paperwork — thus giving the physician more time to focus on the patient's problem — to assisting in surgery.

Dr. Pierre Theodore, M.D., was the first surgeon to receive permission to utilize Google Glass as an auxiliary surgical tool, while performing thoracic surgery in October. He was able to preload his patient's information, like CT scans and X-rays, so that access to it would be right there on the "screen," and he would not have to turn away during the surgery.

Theodore described it as similar to looking at the rearview mirror of your car: "That rearview is always there when I need it, but it's not there when I don’t." 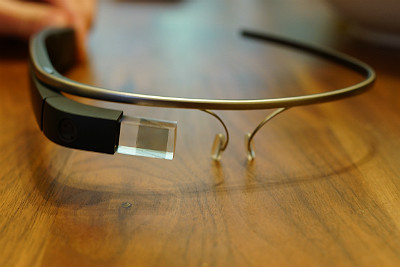 Using Google Glass to consult with a distant colleague, Dr. Christopher Kaeding, a surgeon at the Ohio State University Medical Center, streamed a live, point-of-view video while he operated to repair a torn ACL in August. At the same time across town, medical students at OSU College of Medicine were able to view the surgery real-time.

One of Kaeding's colleagues watched the surgery sitting in his office. According to Kaeding: "Once we got into the surgery, I often forgot the device was there. It just seemed very intuitive and fit seamlessly."

In early 2012, a surgical team at the University of Alabama at Birmingham (UAB) performed the first surgery using a technology called VIPAAR partnered with Google Glass. VIPAAR, which stands for virtual interactive presence in augmented reality, is a technology developed by UAB in 2003, which provides real-time, two-way interactive video conferencing to enhance surgery.

In this surgery, UAB orthopedic surgeon Brent Ponce, M.D., performed shoulder replacement surgery using Google Glass during the operation. At the same time, Dr. P. Danturuli, a surgeon sitting in his Atlanta office, was interacting with Ponce. The built-in camera in Google Glass transmitted the image of the surgical field to Atlanta. VIPAAR allowed Danturuli to introduce his hands into the virtual operating room. At the same time, Ponce saw Danturuli's hands as a ghostly image in his heads-up display.

"It's real-time, real life, right there, as opposed to a Skype or video conference call which allows for dialogue back and forth, but is not really interactive," Ponce said.

This technology can revolutionize telemedicine. What used to be a telephone call between two physicians, now has the potential for a small regional hospital to get hands and instruments into the field of a surgeon who has the skill but has perhaps performed the surgery only a few times. Obviously, adjustments will need to be made to fine tune VIPAAR and Google Glass.

And, of course, the potential goes beyond medicine. Imagine having the potential to connect to an expert in any field and have that expert be able to reach in to show you how to solve a problem.

Right now, Google Glass is in the hands of only about 10,000 people, (1,000 only in medical fields) using and experimenting with the technology. The thinking is that in less than five years, this kind of innovation has the potential to improve many fields and afford greater teaching opportunities through better high-tech access to information.

Would you use Google Glass in your practice?